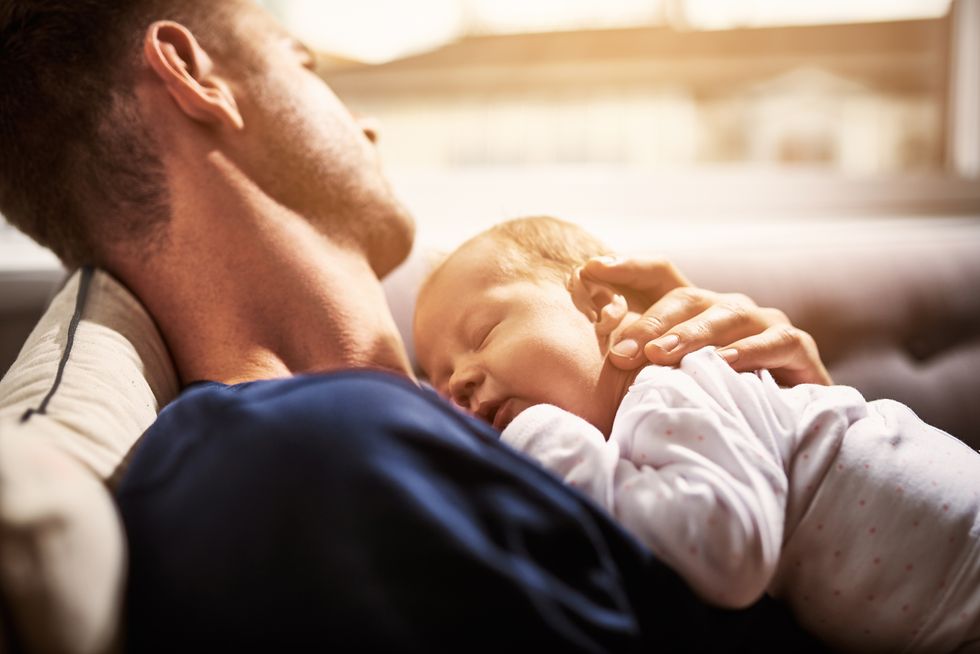 Men can also suffer from postpartum depression after their baby is born.

TUESDAY, Jan. 17, 2017 (HealthDay News)—Men can also suffer from postpartum depression after their baby is born.

"Dads want to be part of the newborn experience, but often they feel like they're on the 'outside,' " said Dr. Yaprak Harrison, a professor of psychiatry at UT Southwestern Medical Center at Dallas.

"Moms may not always realize they're excluding dad from caring for the baby, and they may fail to realize that he wants time with the little one, too," said Harrison.

Research has shown that up to 1 in 10 men struggles with this psychiatric condition after childbirth, which is usually associated with new mothers, Harrison and her colleagues noted in a medical center news release.

Some of the symptoms they exhibit can be similar, too, such as extreme fatigue and changes in eating or sleep habits. But men are less likely to be weepy, so the disorder may look different in males, the researchers said.

Men with postpartum depression may need family support along with professional treatment that includes one or more of the following: psychotherapy; couples' therapy; medication; and exercises, according to the study authors.

"Some support tips include encouraging the father to be involved with the baby and for the couple to spend time with each other," said Dr. Robyn Horsager-Boehrer.

"But also, make sure he knows that postpartum depression is common and is not his fault, and that he's not alone," added Horsager-Boehrer, chief of obstetrics and gynecology at UT Southwestern's University Hospital.

Certain men are more likely to develop postpartum depression than others, the researchers said. They include those who've struggled with depression or have a family history of the condition; those who've faced sleep deprivation; and dads who feel distanced from their baby and the mother of their child.