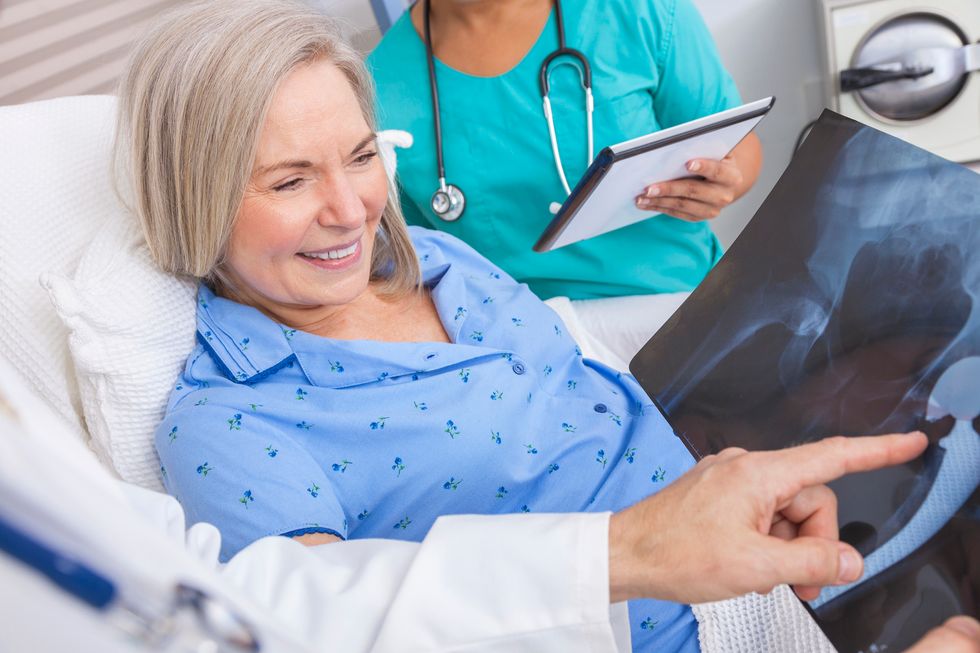 A new Canadian study that compared the short-term outcomes of both surgeries showed somewhat surprising conclusions.

THURSDAY, Oct. 3, 2019 (HealthDay News) -- In recent years, the number of U.S. adults getting total hip replacements -- meaning both a new ball and joint socket -- following a hip fracture has soared to an estimated 500,000 annually.

That's nearly three times the rate at which these adults undergo a partial hip replacement, which only replaces the ball of the hip joint.

But a new Canadian study that compared the short-term outcomes of both surgeries showed somewhat surprising conclusions.

"What we now know is that within two years of having either a total or partial hip replacement, there's no difference, and possibly more harm, with total replacements," said lead author Dr. Mohit Bhandari, academic head of orthopedic surgery at McMaster University in Hamilton, Ontario.

The global study randomly assigned an estimated 1,500 patients -- all of whom were 50 or older with a hip fracture but able to walk independently -- to receive either a total or partial hip replacement.

Researchers wanted to learn, first and foremost, which group would be more likely to need a secondary hip procedure within two years of follow-up. They also analyzed differences between the two groups with regard to function and quality of life, as well as the development of serious adverse effects.

Most differences proved negligible. About 8% of patients in both groups needed to undergo a second hip procedure within 24 months of follow-up. Patients who received a total hip replacement reported slightly better function, less pain and stiffness than those with the partial hip replacement. But the improvements weren't enough to be clinically significant.

Bhandari suggested that the adverse effects suffered by either group may not have been a direct result of surgery, but added that any time you undergo a more complex surgery that takes longer, your risk of complications is likely to increase.

The findings were published recently in the New England Journal of Medicine.

A quick glance at the findings suggests that partial hip replacement is the way to go. But experts urge consumers not to jump to this conclusion.

"The study only looks at outcomes two years out," said Dr. Claudette Lajam, spokesperson for the American Academy of Orthopaedic Surgeons. Many patients who opt for partial hip replacement, she said, end up returning to their surgeon later for additional surgery.

Here's one of the main reasons why. "A metal ball sitting in a native socket doesn't feel good after a while," explained Lajam, an assistant professor of orthopedic surgery at the NYU Langone Orthopedic Hospital and Center for Musculoskeletal Care in New York City. After time, the natural cartilage of the individual's socket wears down as it moves against the artificial surface of the "metal ball" that is surgically implanted during a partial hip replacement.

Cost is generally not a deciding factor in which surgery to get, either. Most insurance plans, including Medicare and Medicaid, cover hip replacement surgery and associated costs. But a patient's age and anticipated remaining life span can and should play a pivotal role in the decision.

Bhandari explains: "Someone who's 51 may believe strongly they don't mind the potential of earlier risk for longer-term gain. But patients who are 90 may want to see less risk with similar earlier benefits."

While the study does provide new insights into some of the likely short-term outcome differences between partial and total hip replacements, it's unlikely to serve as a game-changer among candidates for hip surgery.

"It's a very individualized decision," Bhandari observed. "No patient with a hip fracture will fall under a blanket guideline."

Arthritis Is Not Just a Disease for the Old