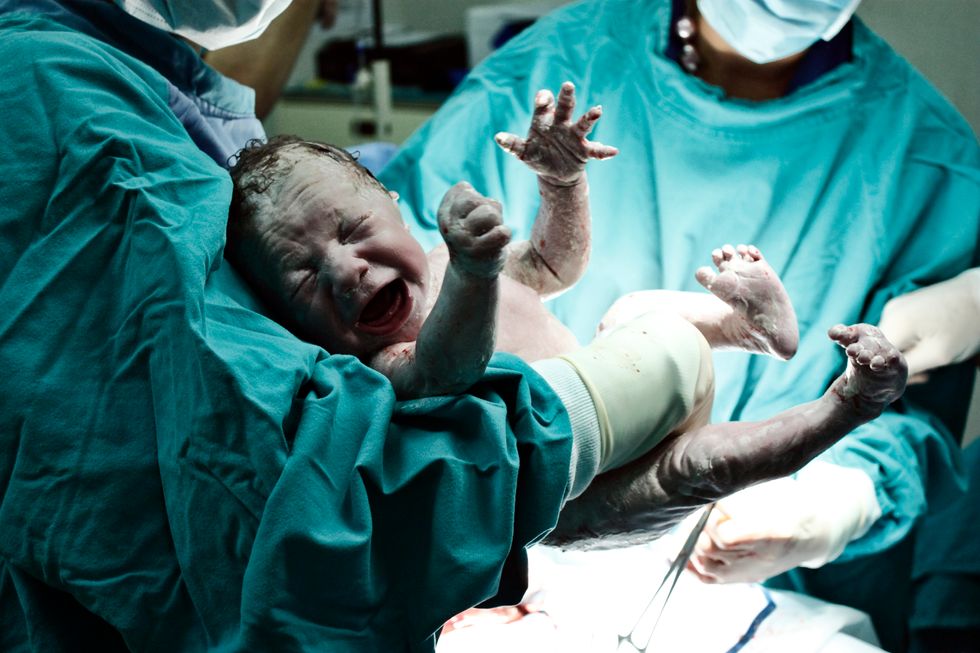 The U.S.'s leading group of obstetricians and gynecologists is warning against a new trend where babies born by C-section are "seeded" via cotton swabs with vaginal microbes from the mother.

WEDNESDAY, Oct. 25, 2017 (HealthDay News)—The U.S.'s leading group of obstetricians and gynecologists is warning against a new trend where babies born by C-section are "seeded" via cotton swabs with vaginal microbes from the mother.

"Vaginal seeding" is growing in popularity because it's thought that babies born through Cesarean-section miss out on certain "helpful" vaginal microbes that might shield the infant from asthma, allergies and immune disorders.

"Vaginal seeding has become a rising trend for patients," noted Dr. Jennifer Wu, an ob/gyn at Lenox Hill Hospital in New York City. "Patients read about the benefits of a vaginal delivery and hope to replicate these benefits with vaginal seeding."

As explained by the American College of Obstetricians and Gynecologists (ACOG), it's thought that contact with healthy vaginal bacteria helps stimulate the infant immune system, prevents the growth of dangerous bacteria and regulates the gut.

That contact doesn't happen for babies born via C-section, however, so in vaginal seeding, a cotton swab with vaginal fluids from the mother is used to transfer vaginal bacteria to a newborn.

But in a statement issued Oct. 24, ACOG—the nation's largest ob/gyn organization—said the procedure is not recommended because the known risks outweigh any potential benefits.

"Due to the lack of sufficient data, the very real risks [of vaginal seeding] outweigh the potential benefits," Dr. Christopher Zahn, ACOG's vice president of practice activities, said in a college news release.

"By swabbing an infant's mouth, nose or skin with vaginal fluid after birth, the mother could potentially, and unknowingly, pass on disease-causing bacteria or viruses," he explained.

Wu agreed. "There are very real risks attached to this practice," she said. "Certain viruses, such as group B strep and herpes, can cause serious illnesses such as meningitis in newborns."

And Zahn stressed that there's a much safer way for a new mom to transfer her helpful bacteria to her newborn: Breast-feeding.

"Breast-feeding for the first six months is the best way to overcome the lack of exposure to maternal vaginal flora at birth," Zahn said. "The bacteria present in breast milk and on the nipple is sufficient for natural colonization or seeding of the gut. There may be some initial difference in the gut [microbes] of infants based on mode of delivery, but research has shown that difference disappears after about six months," he added.

If a woman does insist on vaginal seeding, her ob/gyn needs to make sure the patient understands the potential risks, ACOG said.

Dr. Mitchell Kramer is head of obstetrics and gynecology at Huntington Hospital in Huntington, N.Y. He agreed that breast-feeding is a good means of transmitting healthy microbes from a mom to her baby, but that "the jury is still out on [vaginal seeding] and further study is necessary before this is recommended as a routine protocol."

The March of Dimes has more on C-section.