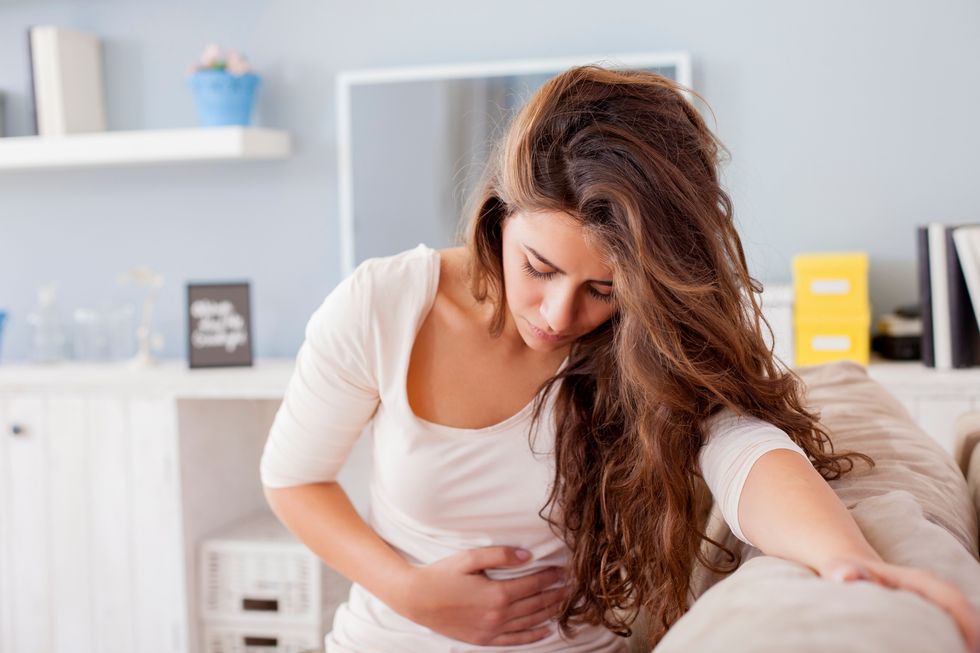 Is Morning Sickness a Good Thing?

While morning sickness may make you miserable in the early months of your pregnancy, it can signal that your baby is healthy and normal, new research shows.

MONDAY, Sept. 26, 2016 (HealthDay News)—While morning sickness may make you miserable in the early months of your pregnancy, it can signal that your baby is healthy and normal, new research shows.

In the study, those who endured the nausea and vomiting of morning sickness were 50 percent to 75 percent less likely to experience a pregnancy loss. The review focused on women who'd already lost one or two pregnancies.

"This should be reassuring for women experiencing these symptoms, which can be very taxing," said lead researcher Stefanie Hinkle. She is a staff scientist at the U.S. National Institute of Child Health and Human Development in Bethesda, Md.

As many as four out of five women report nausea or vomiting during pregnancy, the researchers said in background notes.

Morning sickness often is cited as a sign of a healthy pregnancy, but little is known about it, Hinkle and other experts said.

For example, the exact cause of morning sickness remains elusive, and experts are unsure whether it is just a side effect of pregnancy or serves some specific purpose.

To test whether morning sickness truly is a positive sign for expecting mothers, Hinkle and her colleagues studied 797 women. All were newly pregnant, as confirmed by a urine test, and enrolled in the study between June 2007 and July 2011.

Among the women, 188 pregnancies (nearly 24 percent) ended in loss, the investigators found.

"This sort of assertion has been out there for a long time, and our data really provides the most definitive evidence we have for this to date," Hinkle said. But the study did not prove cause and effect.

Part of the study's strength comes from the ability of researchers to find and start tracking women just after they became pregnant, said Dr. Jennifer Wu, an obstetrician-gynecologist with Lenox Hill Hospital in New York City.

"It started so early and it's prospective," Wu said. "They were able to catch even those early miscarriages, when people didn't really know they were pregnant."

Hinkle said that some have speculated that morning sickness might help pregnancy by dissuading women from engaging in harmful habits, such as smoking or drinking alcohol.

However, these findings took those habits into account and ruled them out as potential factors, she noted.

The study also ruled out any association between morning sickness and pregnancy loss caused by birth defects, Hinkle said.

Wu pointed out that while morning sickness is normal, doctors become concerned when a woman experiences multiple bouts of vomiting on a daily basis that leads to vitamin or nutritional deficiencies.

"We usually get worried when people are approaching losing 10 percent of their body weight," Wu said.

Dr. Noel Strong is an assistant professor of obstetrics, gynecology and reproductive science with the Icahn School of Medicine at Mount Sinai in New York City. She explained that morning sickness most often is chalked up to changing hormone levels in newly pregnant women, particularly levels of the "pregnancy hormone," known as human chorionic gonadotropin (hCG).

"With higher levels of pregnancy hormones, women are more likely to be symptomatic and have symptoms like nausea and vomiting," Strong said. "We often will see these symptoms more commonly in women carrying twins, where the hormone levels are higher."

The hCG hormone is produced by cells in the placenta after an egg has been fertilized and gestation has begun, according to the American Pregnancy Association.

Hinkle and her colleagues speculate that nausea and vomiting might be indicators of viable placental tissue—in other words, placental tissue that's not releasing enough hormone would fail to make a pregnant woman sick, and also would indicate a troubled pregnancy.

However, Hinkle and Strong both said that women without morning sickness should not automatically assume something is wrong with their pregnancy.

"It's important for them to understand that not all pregnancies are the same, and everyone is different," Hinkle said. "Just because they don't have symptoms doesn't mean they're going to go on to have a loss."

The study findings were published online Sept. 26 in the journal JAMA Internal Medicine.