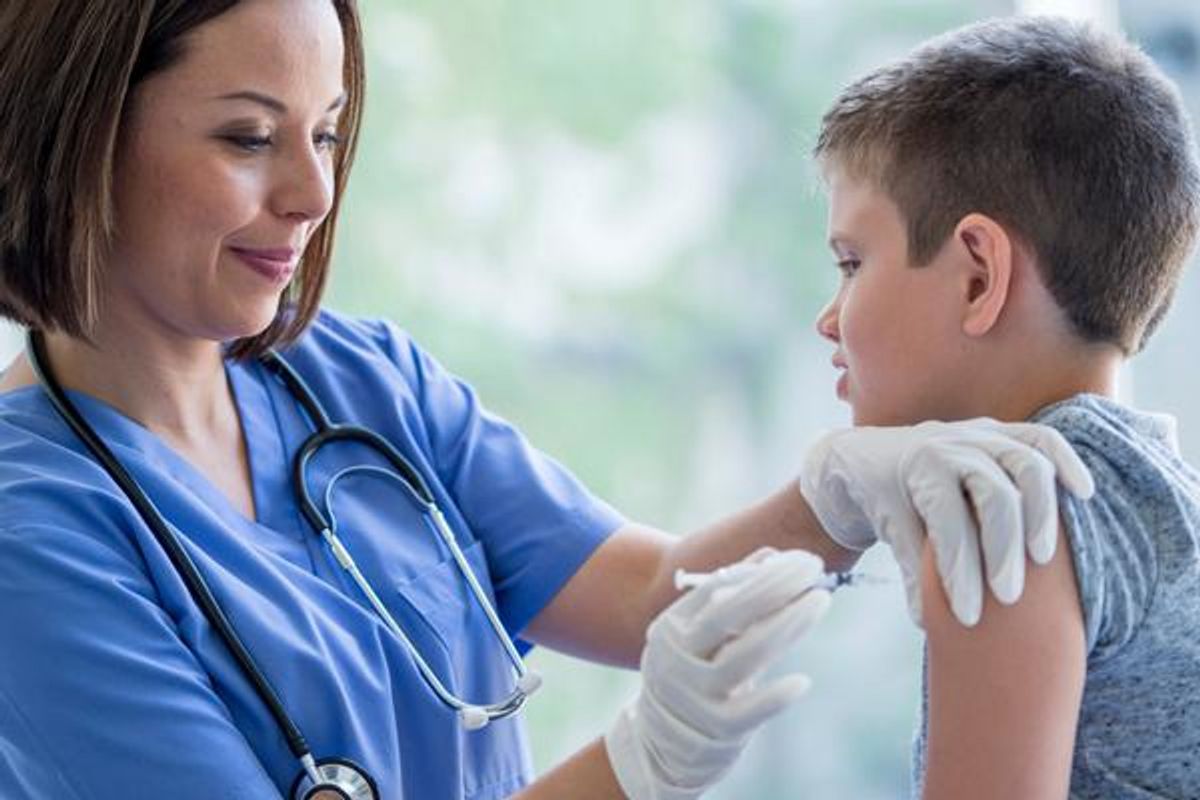 Pediatricians are encountering more parents who refuse to have their children vaccinated, mainly because they don't see the point of vaccines, a U.S. survey found.

This article / resource has been archived. We will no longer be updating it. For our most up-to-date information, please visit our vaccine information here.

MONDAY, Aug. 29, 2016 (HealthDay News)—Pediatricians are encountering more parents who refuse to have their children vaccinated, mainly because they don't see the point of vaccines, a U.S. survey found.

In the survey, conducted in 2013, about 87 percent of pediatricians said they had encountered vaccine refusals, an increase from the 75 percent who reported refusals during the last survey from 2006.

The most common reason, provided by three out of every four parents: Vaccines are unnecessary because the diseases they prevent have been wiped out in the United States.

"Because these diseases are gone, people no longer fear them, even though many of them are only a plane ride away," said Dr. Kathryn Edwards, coauthor of a new American Academy of Pediatrics report based on the survey. "They don't seem to realize that these diseases do exist in other places and could come here."

The percentage of pediatricians who always dismiss patients over repeated vaccine refusals has also increased, doubling from 6 percent in 2006 to 12 percent in 2013, the survey found.

In the report, the AAP urges pediatricians to exercise patience with worried parents rather than closing their doors to them.

"Our goal is to work with our patients so they understand the importance of vaccinations, and their questions about vaccines are answered," said Edwards, a member of the AAP Committee on Infectious Diseases.

In 2006, about three of every four parents who refused vaccines said they were worried that vaccines could cause autism—a theory that's been debunked—or produce serious side effects.

Fewer parents gave those as reasons in 2013, although many still cite concerns about safety. Concerns over a baby being too small to receive vaccines, or discomfort at having too many shots at once, have also diminished, the survey found.

Instead, most parents are refusing childhood vaccinations because they see vaccines as unnecessary, and that number increased by 10 percent between the two surveys.

The new survey results are published online Aug. 29 in the journal Pediatrics.

Thanks to the protection provided by vaccines, parents haven't seen the ravages that can be wrought on children by diseases like chicken pox, measles, meningitis and polio, said Dr. Claire McCarthy, an assistant professor at Harvard Medical School in Boston.

"We are so good at what we do with vaccines that the danger of vaccine-preventable illness can seem not quite real to this generation of parents, and that's definitely getting in the way," McCarthy said.

Pediatricians need to confront this belief, Edwards and McCarthy agreed.

"This is very frightening to us as pediatricians because in this global world, their child absolutely could get polio," McCarthy said. "Polio is endemic in many parts of the world, and all we need is for one of those people to come on over to the United States and hang out in a shopping mall or Disney World."

The report urges pediatricians to:

Pediatricians can also note that they receive regular flu vaccinations to protect their patients, and that they've had their own children vaccinated as recommended, said Edwards, who is pediatrics chair at Vanderbilt University School of Medicine in Nashville.

Doctors also can present tales of tragedy from their own experience, she added.

"Many years ago, I watched a baby die of meningitis that I couldn't rescue," Edwards said. "Now that's gone, because everybody gets meningitis vaccine. That's the power of vaccine. It's enormous."

Pediatricians also should remind parents that vaccination is something of a civic duty. If large numbers of parents refuse vaccines, the herd immunity that occurs with widespread vaccination can be compromised, McCarthy said.

In a separate policy statement published in Pediatrics alongside the survey, the AAP also recommended doing away with nonmedical exemptions to school-required immunizations.

"We need to make it harder for parents not to vaccinate. That's really important," McCarthy said.