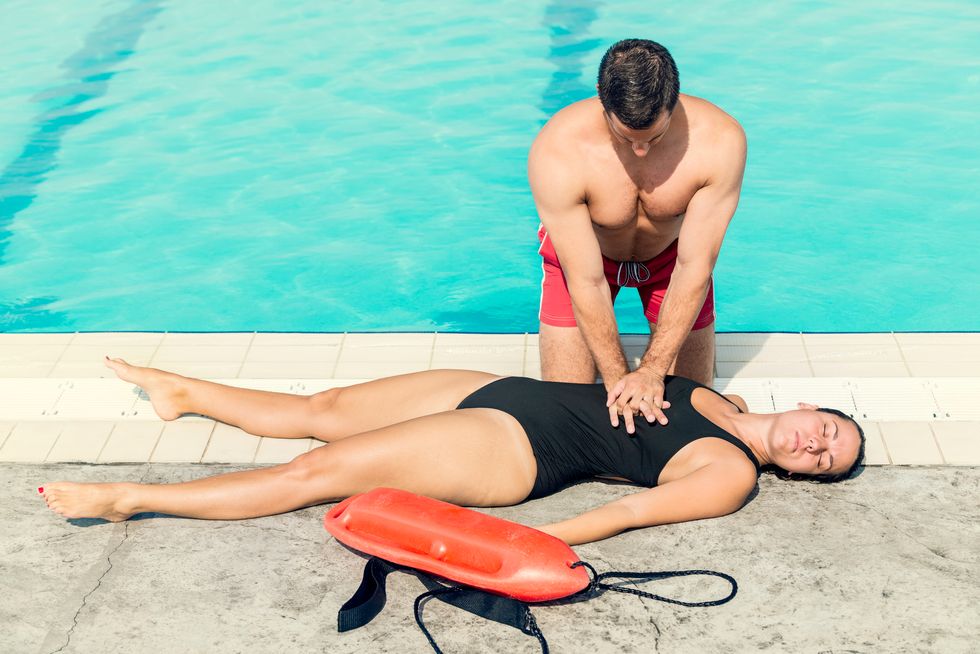 Many Women Miss Out on Lifesaving CPR

America's hang-ups over sexuality and gender could cost women their lives when their heart suddenly stops, a new study suggests.

SATURDAY, Nov. 11, 2017 (HealthDay News)—America's hang-ups over sexuality and gender could cost women their lives when their heart suddenly stops, a new study suggests.

Simply put, women suffering from cardiac arrest in a public setting are less likely to get lifesaving CPR from a passerby than men are, researchers reported.

"When it comes to life and death, we need to reassure the public that we're not worrying about what seems socially inappropriate or taboo," said senior study author Dr. Benjamin Abella. He is director of the University of Pennsylvania's Center for Resuscitation Science.

"The situation requires action, and it requires people to not hesitate. A life is on the line," Abella added.

But the study showed people do hesitate, especially when the victim is a woman. About 45 percent of men who suffered cardiac arrest in a public setting received CPR from a bystander, compared with only 39 percent of women, the researchers found.

The investigators suspect bystanders might be worried about touching a strange woman's chest in public, even if it is to save a life.

The reason the researchers believe that is because people acted very differently when a woman collapsed at home, where she had an equal chance of receiving CPR.

The study involved data gathered by the Resuscitation Outcomes Consortium, a network of U.S. and Canadian hospitals studying cardiac arrest.

Cardiac arrest can kill a person within minutes if CPR isn't performed, according to the American Heart Association (AHA).

More than 350,000 cardiac arrests occur outside of a hospital each year. Nine out of 10 of these victims die, but speedy CPR can double or triple the chance of survival, the AHA noted.

The researchers reviewed more than 19,000 cases of cardiac arrest that occurred outside of a hospital between 2011 and 2015.

Men in public settings were 23 percent more likely than women to receive bystander CPR, and they also had 23 percent better odds of survival, according to the report.

But, "when we looked in the home, there was no difference in terms of response by gender in the home," said study author Audrey Blewer, an assistant director for educational programs at UPenn's Center for Resuscitation Science.

The difference between men and women is "unexpected," said Dr. Clifton Callaway, executive vice chair of emergency medicine at the University of Pittsburgh Medical Center.

"I really would have thought if somebody is on the ground, and not responsive, that people would be equally likely to help a man or woman," said Callaway, an AHA spokesman.

Bystanders already have a difficult time responding to a sudden collapse in public, Abella explained. They're shocked by the collapse, and often are afraid of hurting someone by attempting CPR.

"We think these data show yet one more barrier that may be playing a role in low bystander CPR response," Abella said.

The researchers found that, in all cases, bystanders administered CPR only 37 percent of the time.

The study was scheduled for presentation Saturday at the AHA's annual meeting, in Anaheim, Calif. Research presented at meetings is typically considered preliminary until published in a peer-reviewed journal.

"The most striking thing to me is how few people get CPR overall," Callaway said. "Those numbers are something we really need to turn around. Two-thirds of people don't get a bystander to do CPR when their heart has stopped. This is something we've known for decades."

Witnesses should immediately call 911 and then start hands-only CPR on the person—one hand over the other on the middle of the chest, pushing hard and fast, at about 100 to 120 beats a minute. The disco song "Staying Alive" provides a good beat for CPR, Abella added.

CPR can be performed through any sort of clothing, Blewer said. Don't worry about any undergarments—just start pressing on the middle of the chest.

Passersby worried about providing CPR should keep in mind that all 50 states have Good Samaritan laws on the books that will protect them against legal action, Abella noted.

"That's something I think people are not as aware of as they should be," Abella said.