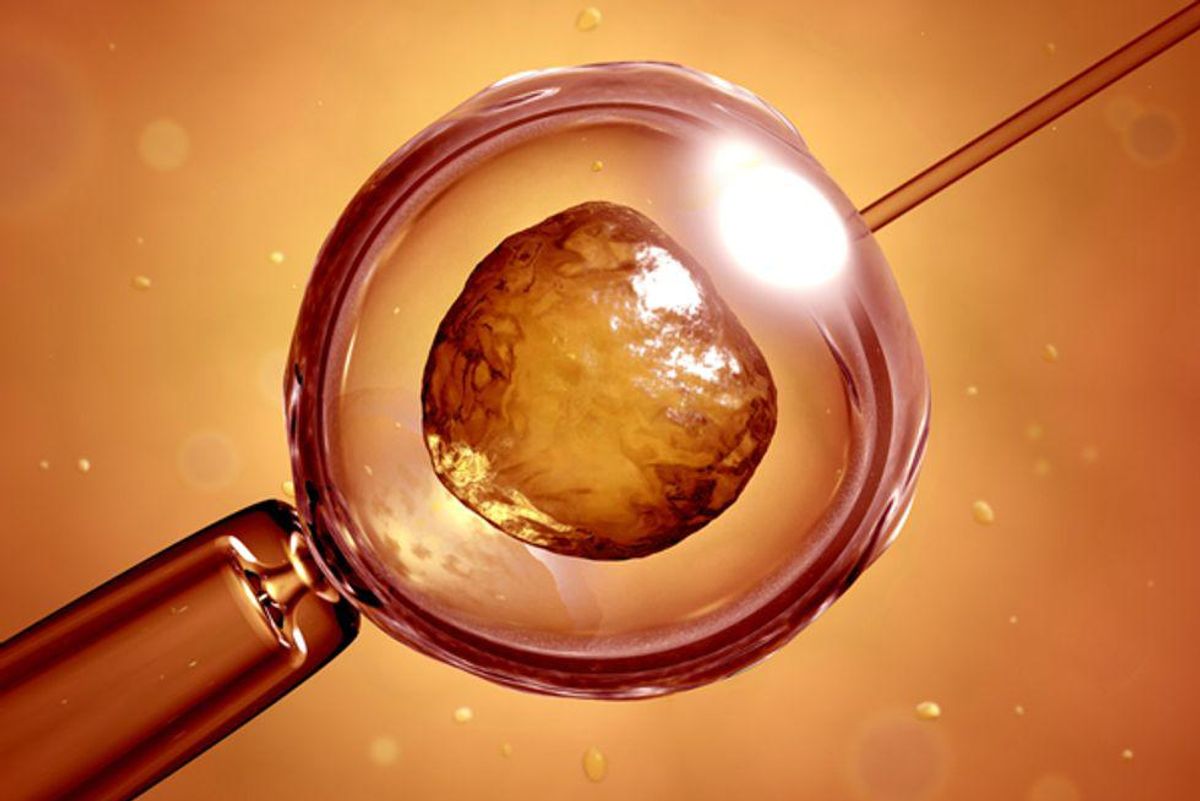 Males Conceived Via Fertility Treatment May Have Weakened Sperm

Males who were conceived using an infertility treatment where sperm is injected into an egg may themselves have lower sperm quantity and quality than those conceived naturally, Belgian researchers report.

FRIDAY, Oct. 7, 2016 (HealthDay News)—Males who were conceived using an infertility treatment where sperm is injected into an egg may themselves have lower sperm quantity and quality than those conceived naturally, Belgian researchers report.

"We treated couples where the husband had very abnormal sperm, so it is not so surprising that in their sons the quality of their sperm had an impact on them," explained lead researcher Dr. Andre Van Steirteghem, an emeritus professor at Vrije Universiteit in Brussels.

The 54 young men in the study—all conceived by infertility treatments—had about half the sperm concentration, nearly one-third the sperm count and fewer motile sperm (sperm that can swim well) than men who were conceived naturally, the investigators said.

In addition, men conceived through the method known as intracytoplasmic sperm injection (ICSI) were nearly three times more likely to have sperm concentrations below 15 million per milliliter, which is the World Health Organization's definition of normal.

But the study did not prove that the infertility treatment caused problems with sperm in offspring from the treatment.

The risk of having a son with impaired sperm was discussed with parents at the time of the procedure. "All the parents were aware of this potential and for them this was not a reason to abstain from the treatment. If this happens, they said, then ICSI can also be a solution for our sons," Van Steirteghem said.

Having impaired sperm doesn't mean that these men will need assisted reproduction to conceive, Van Steirteghem said. "There may be sufficient sperm to have a spontaneous conception," he said.

In ICSI, sperm from the father is injected directly into the mother's egg in the laboratory, and then the fertilized egg is placed in her womb. For men who have very few viable sperm, doctors can select the best quality sperm and ensure it fertilizes the egg, Van Steirteghem explained.

For the study, Van Steirteghem and his colleagues looked at sperm counts in 54 men born using ICSI from 1992 to 1996, when the technique was used only to treat male infertility. The findings took into account factors that could affect semen quality, such as age, weight and genital malformations.

In this small group of ICSI-conceived men, there was a lower level of semen quality. However, the findings need to be replicated in a larger group, Van Steirteghem said. "Moreover, correlation is not the same thing as causation," he said.

Van Steirteghem cautioned that these findings cannot be applied to all boys born after ICSI because it is now used even when no evidence exists that infertility is due to abnormal semen.

"ICSI has helped a lot of couples to be able to have children," said Dr. David Samadi, chief of urology at Lenox Hill Hospital in New York City.

Whether the impaired sperm is a result of genetics or has something to do with the procedure itself isn't known, he said.

"Kids conceived through ICSI or in vitro fertilization [IVF] can have low birth weight and higher chance of heart and respiratory issues, and may be at a higher risk for autism or attention deficit hyperactivity," Samadi added.

But the number of men in this study was too small to draw a conclusion about why their sperm is impaired, he said.

The study findings were published Oct. 5 in the journal Human Reproduction.