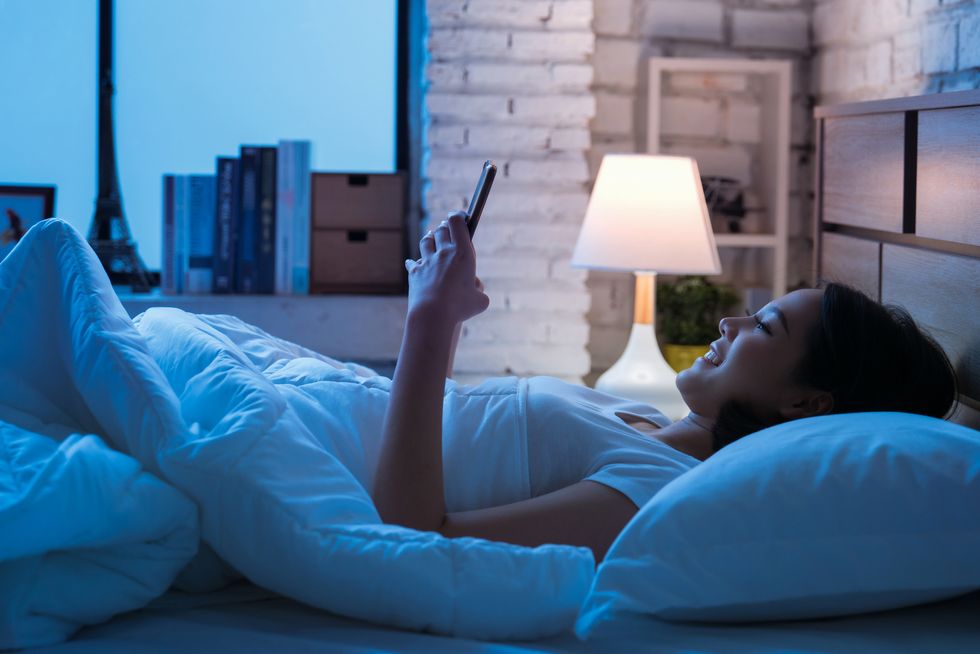 Leave Tablets, Smartphones Out of the Bedroom for Better Sleep

Leave Tablets, Smartphones Out of the Bedroom for Better Sleep

These unending entertainments and the light the devices emit are a powerful, slumber-killing combo.

FRIDAY, May 25, 2018 (HealthDay News) -- Are tablets, smartphones and laptops robbing Americans of shut-eye? Absolutely, said researchers who found that the unending entertainments and the light the devices emit are a powerful, slumber-killing combo.

The finding comes from a small analysis of nine otherwise healthy adults in their 20s. Their sleep was tracked after five straight nights of unrestricted tablet use, and then compared to their sleep patterns after reading printed materials alone.

It wasn't just that light from electronic devices suppressed their secretion of melatonin, the sleep-regulating hormone, study author Jeanne Duffy said. Researchers expected that based on other studies.

"What was new was that participants [who used electronic devices] would choose to go to bed significantly later, even though they knew they had to wake up at 6 a.m.," Duffy said.

But exactly how a tablet's glow interferes with sleep remains unclear. Duffy, a neuroscientist at Brigham and Women's Hospital, and an associate professor of medicine at Harvard Medical School in Boston, suggested there could be several possible explanations.

For one, she noted, the human body's 24-hour circadian clock is "very sensitive" to the blue light that electronic devices give off. Or it might be the brightness: People tend to hold screens close to their face, filling their visual field with light.

"It could be that the participants were living in our lab for the entire study and not getting bright outdoor light so, relatively, the screen light was quite bright," Duffy added. "We want to do future studies to tease apart those effects."

The experiment took place in a sleep lab where light and sound pollution were kept to a minimum. For five nights, participants chose whether to use their electronic devices for reading, emailing, browsing the internet, playing games or watching videos. They also chose when to finally go to sleep, knowing that they had to be up at a specific time the next morning.

During a separate five-day period, the study participants were allowed to read only printed books, magazines or newspapers, though the content choice was theirs.

In both situations, the setting was dimly (and similarly) lit, until participants chose to go to bed, at which time the lights were turned off.

The researchers found that tablet users were less sleepy at bedtime and less alert during the first hour after awakening, compared with print readers.

So what are fans of device-based bedtime reading to do?

Duffy said these strategies need to be tested in a lab setting so scientists can understand whether -- and how -- they work.

Dr. Nathaniel Watson is a professor of neurology with the University of Washington Medicine Sleep Center in Seattle, and past-president of the American Academy of Sleep Medicine.

"There is no substitute for sleep. Put down the electronics and wind down in the evening before heading off to bed for the best night's sleep possible," Watson advised.

The report was published online May 22 in Psychological Reports.