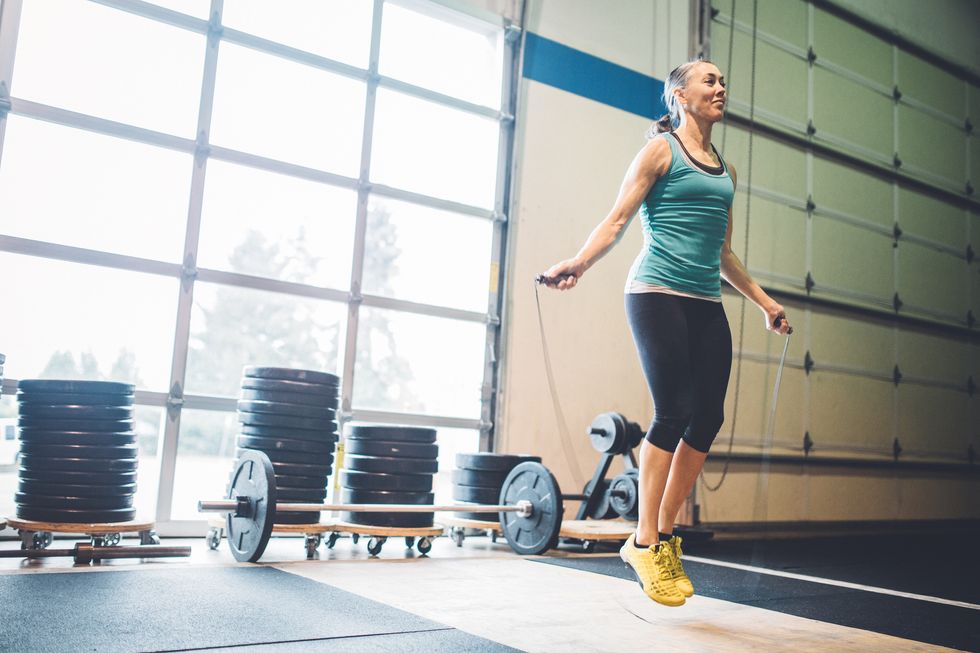 It's no secret that regular exercise is healthy for young and old alike. But researchers said the new findings point to particular benefits from "high-intensity interval training" for older adults.

That's the type of workout that combines brief bursts of vigorous exercise with periods of moderate activity: A person might, for example, go all-out on a stationary bike for a few minutes, ease up for the next few, and then start again.

In this study, older adults who performed that type of exercise showed greater changes at the cellular level, compared to those who worked out more moderately.

Specifically, interval training gave a bigger boost to mitochondrial function in the muscle. Mitochondria are the "powerhouses" within body cells that break down nutrients to be used for energy.

The training also revved up activity in more genes related to mitochondrial function and muscle growth.

What does it all mean?

The study findings suggest that interval training can turn back the clock in ways that moderate aerobic exercise and strength training do not, according to lead researcher Dr. K. Sreekumaran Nair.

But, he stressed, the findings do not mean older adults should jump into a vigorous exercise regimen.

"If you're sedentary, you should talk to your doctor before you start exercising," said Nair. He's an endocrinologist at the Mayo Clinic in Rochester, Minn.

"And then," he said, "you can start with walking, and build yourself up to a fast pace."

For older adults who want to progress to a more-intense regimen, Nair said, it's best to start with supervision. But he also stressed that intense exercise is not a must. "Any regular exercise will bring health benefits—absolutely," he added.

This study demonstrated that, he pointed out. Even though interval training had the biggest effects on aspects of cellular aging, other types of exercise boosted older adults' fitness levels and muscle strength.

The study, published recently in Cell Metabolism, involved 72 younger and older adults who were sedentary.

Nair's team randomly assigned each of them to one of three supervised exercise groups.

One group did high-intensity interval training three days a week: They pedaled on an exercise bike at their maximum speed for 4 minutes, before easing up for 3 minutes; they repeated that process four times. They also worked out more moderately—walking on a treadmill—twice a week.

A second group performed moderate aerobic exercise—using an exercise bike at a less-intense pace—five days a week, for 30 minutes. They also did some light strength-training four days a week.

After 12 weeks, all of the groups were showing positive changes—younger and older exercisers alike, the researchers found.

People who performed moderate aerobic exercise boosted their fitness levels—the body's ability to supply blood and oxygen to working muscles. And the improvement was greater for older adults, who generally started out with lower fitness levels than younger people.

Meanwhile, people who performed strength-training—alone or with aerobic exercise—increased their muscle strength.

The interval-training group showed only small gains in strength. But the training improved mitochondrial function in the muscles, especially among older adults.

Dr. Chip Lavie is medical director of cardiac rehabilitation and prevention at the John Ochsner Heart and Vascular Institute in New Orleans.

He said this is a great study that demonstrates the benefits of different forms of exercise.

According to Lavie, it adds to other evidence that high-intensity interval training is "probably the best form of exercise."

Many studies, he said, have found that interval training beats moderate aerobic exercise when it comes to improving fitness and the heart's structure and function.

"It would be ideal to get more people to do high-intensity interval training," Lavie said, "and it's possible for more-motivated individuals."

But, he added, the reality is, many people may not have the motivation or ability.

In that case, Lavie advised finding a moderate regimen you can live with—such as 30 to 40 minutes of walking or using an exercise bike or elliptical machine most days of the week.