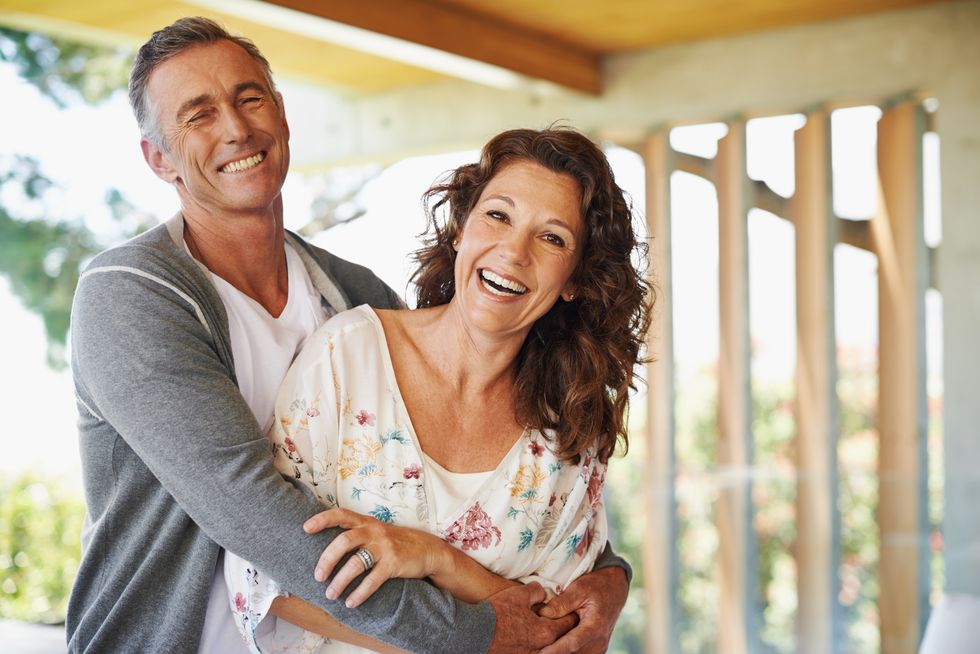 How We Get Turned On

As we've said (many times) before, our sexual responses are complicated and unpredictable. And this becomes especially true once we've embarked upon this menopausal transition. That doesn't mean we can't respond sexually anymore, just that we respond differently from men and differently even from the way we did before.

Way back in the 1960s, Masters and Johnson, the groundbreaking sexologists, developed a graph of the sexual response cycle. It was a simple, linear depiction that purported to track both men and women from arousal to afterglow in four stages—arousal, plateau, orgasm and resolution. Sort of like a visual depiction of the wham-bam-thank-you-ma'am version of sex that women used to think was normal.

It did not contain a lot of room for nuance.

Fortunately, concepts about how we respond sexually have evolved over the years. Lately, Rosemary Basson, professor of psychiatry at the University of British Columbia, proposed another model of how women, specifically, experience sex. Guess what? It's different from men.

Her graph of the female sexual response cycle is circular. It includes elements that previously weren't linked to sex, like relationship satisfaction and self-image and our previous sexual experiences. It leaves room for skipped steps and a nonlinear response to sex. This woman gets us.

Likewise, for a lot of us, sexual satisfaction doesn't even depend on having an orgasm, necessarily. We may have lovely, satisfying sex because it satisfies our partner and affirms the relationship and enhances our feeling of intimacy. Or, we may engage in sex for negative reasons, such as not wanting to lose a partner or avoiding the unpleasantness of turning him down.

Basically, Basson's work tells us that however we experience sex that works for us and our partner is good sex. We may not "feel like" sex (experience desire), but once we get into it, desire might come tripping along like a puppy on a leash. Or, it might not, but the sex might be good anyway.

According to the literature, the sex that seems to work best for most couples is light-hearted, flirty, playful sex. It isn't rushed. It has nothing to prove. It's a mature, evolved celebration of the fact we're still here, still loving each other. It's the kind of sex worth working for.

So, let's give ourselves a break. If we've been honest with ourselves, our sexual response very often depends on stimuli that has little to do with sex—how safe and happy we are in our relationship; how long we've been in the relationship; how we feel about ourselves (confident, sexy, desirable; or fatigued, stressed, distracted); whether sex has been painful (it's hard to look forward to an experience that's associated with pain).

The most important thing that's necessary for sexual satisfaction in your relationship is the willingness to pursue it in whatever way works for you.

Oh, and the more sex you have, the more you want it. There are lots of ways to make sex comfortable after menopause: That's what this MiddlesexMD is all about; lube up and laissez le bons temps rouler.

Naughty or Nice? Sex Toys for the Holidays