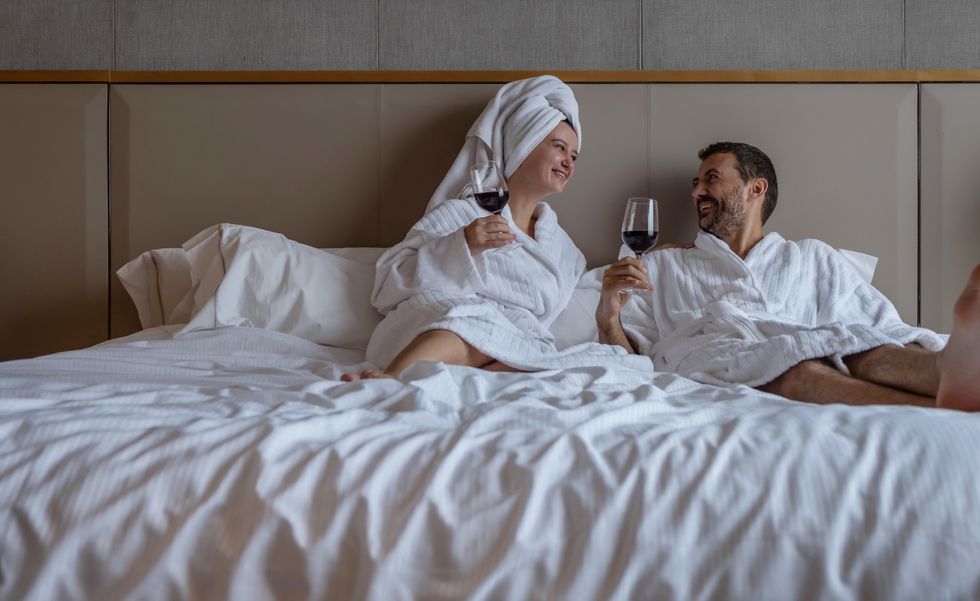 How Alcohol Affects Your Sex Life

Alcohol is a powerful drug with many sexual side effects. Here is what you need to know.

Alcohol is a powerful drug with many sexual side effects. Combining sex and alcohol produces some benefits—and many possible risks. Some are beneficial; some are harmful. If you’re sexually active, drink responsibly. When people have sex drunk, sexual quality usually suffers and risks of harm increase. Here are some ways that alcohol impacts your sex life.

Alcohol makes us more attracted to a partner.
When you’re drinking, everyone is a bit better looking. Hence the term, beer goggles. It’s when alcohol lowers sexual inhibitions to the point that little or no discretion is used when approaching or choosing sexual partners. The term is often humorously used when someone makes, and later regrets, making advances towards a partner who would be deemed unattractive or inappropriate when sober. Case in point: One studyfound that alcohol does seem to make people appear more attractive, particularly those who weren’t perceived as attractive to begin with. (Even landscapes appeared more attractive.)

Alcohol tires us.
Yes, alcohol can relax you and take away your inhibitions. However, too much alcohol can act as a depressant. It makes you tired and unresponsive to your partner’s touch. However, everyone’s level of how much liquor they can handle is different. You have to figure out much alcohol you can tolerate so your night in the bedroom goes as planned.

Alcohol lowers our inhibitions.
Alcohol gives you that liquid courage. It’s slang for the timidity or inhibition that comes from downing some alcoholic beverages. Alcohol can ease anxiety. It can help us move past issues that have prevented us from being sexual like body image concerns or worries about pleasing a partner. A recent review of the literature on alcohol and sex by a University of Washington psychologist found that as women become intoxicated, they report increased sexual arousal. High doses (stumbling drunkenness) suppress arousal.

Alcohol impacts our sexual arousal.
Females may think they want to have sex after a few drinks. But too much alcohol decreases the genital response and physical arousal. Your body prepares for sex by increasing blood flow to your genitals. That makes them swell and self-lubricate. Boozing, however, can interfere with vaginal wetness, leading to discomfort and friction.

Alcohol impacts our orgasm.
Many women have difficulty reaching orgasm after drinking. In some, it delays orgasm and in some it prevent it from happening. A study found that women needed much more stimulation to have an orgasm than women who had little or nothing to drink.

Alcohol makes us forgetful, regretful and ashamed.
Not remembering or feeling good about what happened the night after you drank can be dangerous and one of the many reasons you should be careful about having sex when you’ve been drinking. Case in point: A study confirmed that people couldn’t remember sexual interactions they had when they used alcohol. Some participants even reported being cold to their partner in the morning.

Good Sex with Emily Jamea: Why Do People Cheat?

Good Sex with Emily Jamea: How Can Mindfulness Improve Sex?

Why Did Sexually Transmitted Infections Go up During the Pandemic — and What Can We Do About It?