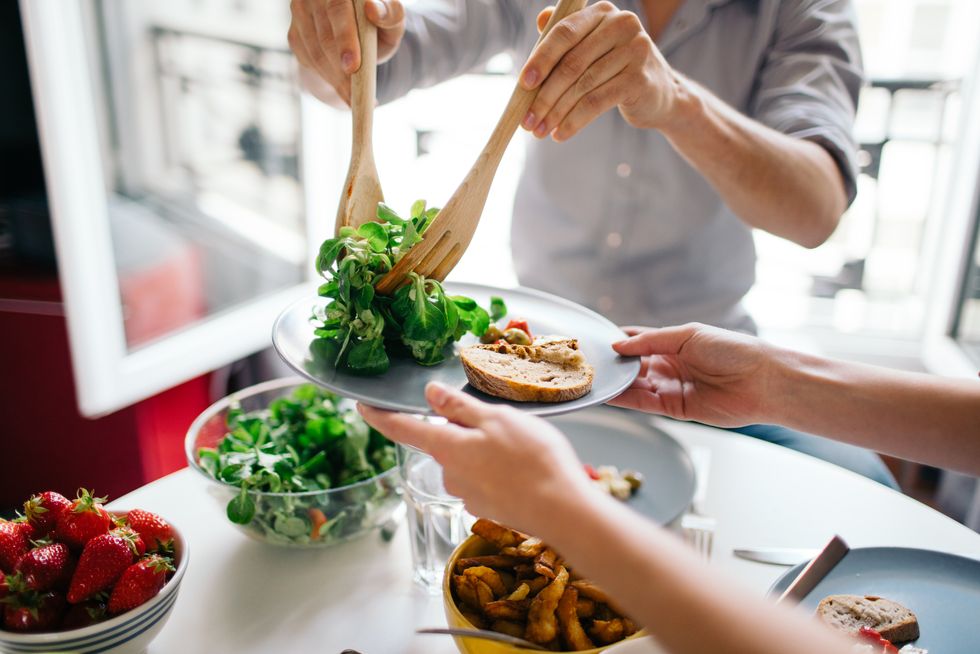 Many Women With Eating Disorders Do Recover

Hope for Women With Eating Disorders

The media often portrays women with the eating disorders anorexia and bulimia as untreatable, and sadly, in about one-third of cases that may be true, new research suggests.

FRIDAY, Jan. 20, 2016 (HealthDay News)—The media often portrays women with the eating disorders anorexia and bulimia as untreatable, and sadly, in about one-third of cases that may be true, new research suggests.

But the same small study found that nearly two-thirds of these women did recover from these eating disorders—though in some cases it took more than a decade for them to get better.

"The findings inspire me to remain hopeful in my work as a clinician with these patients," said study lead author Kamryn Eddy. She's co-director of the Eating Disorders Clinical and Research Program at Massachusetts General Hospital in Boston.

An estimated 20 million females and 10 million males in the United States will have an eating disorder. Death rates from anorexia nervosa and bulimia nervosa are estimated to be around 4 to 5 percent, the National Eating Disorders Association says. Anorexia is characterized as self-starvation leading to severe weight loss, while bulimia involves frequent cycles of binge-eating and purging.

Previous research has suggested that only half of people with eating disorders recover, the authors of the new study said.

To better understand the long-term prospects for these patients, the researchers recruited 246 women with an eating disorder. All were treated at outpatient clinics in the Boston area from 1987 to 1991.

There were 110 women who had bulimia, the rest had anorexia. On average, they were in their 20s when the study began. Ninety-five percent of the participants were white.

The researchers ended up focusing on 176 patients who agreed to take part in a follow-up at 20 to 25 years. Of the others, 18 died, 15 could not be located and 37 declined to participate.

"Our study showed that given time, most individuals with anorexia and bulimia will recover," Eddy said.

"Time to recovery from bulimia is faster than recovery in anorexia," she said, typically taking less than 10 years.

More than two-thirds of bulimia patients had recovered by nine years, the study found. If patients don't recover from bulimia by a decade, it's not likely that they will, Eddy added.

As for anorexia, Eddy said, "recovery continues to occur over time, even well beyond 10 years of illness." Only 31 percent of study participants with anorexia had recovered by nine years, but by the 20-to-25 year follow-up, 63 percent had, the study found.

It's not clear which treatments were most helpful to these women.

"Many continued to receive treatment on and off throughout the study period," she added.

Also, Eddy said, it may not be possible to generalize the study findings to people seeking treatment in 2016.

Cynthia Bulik is a professor and founding director of the University of North Carolina Center of Excellence for Eating Disorders. She praised the new study, but said "it is disheartening that 7.3 percent of the participants died during the follow-up period, which is consistent with what we know about the lethality of these illnesses."

She added: "We are not doing a good enough job in treating these illnesses. There are no medications that are effective in the treatment of anorexia, in part because we do not yet fully understand the biology and the genetics of the illness."

The antidepressant Prozac (fluoxetine) is approved for treatment of bulimia, Bulik said, but its long-term value isn't known.

The good news, she said, is that while recovery from anorexia is slow, it's still possible even in someone who's suffered for more than 10 years.

"Just because a treatment approach did not work in the first five years of illness, for example, does not mean it won't be effective in year 15," Bulik noted.

As for bulimia, she said recovery is quicker, but patients may relapse even decades later. "People with histories of both disorders should always remain vigilant for the re-emergence of symptoms," she added.

The study was published recently in the Journal of Clinical Psychiatry.