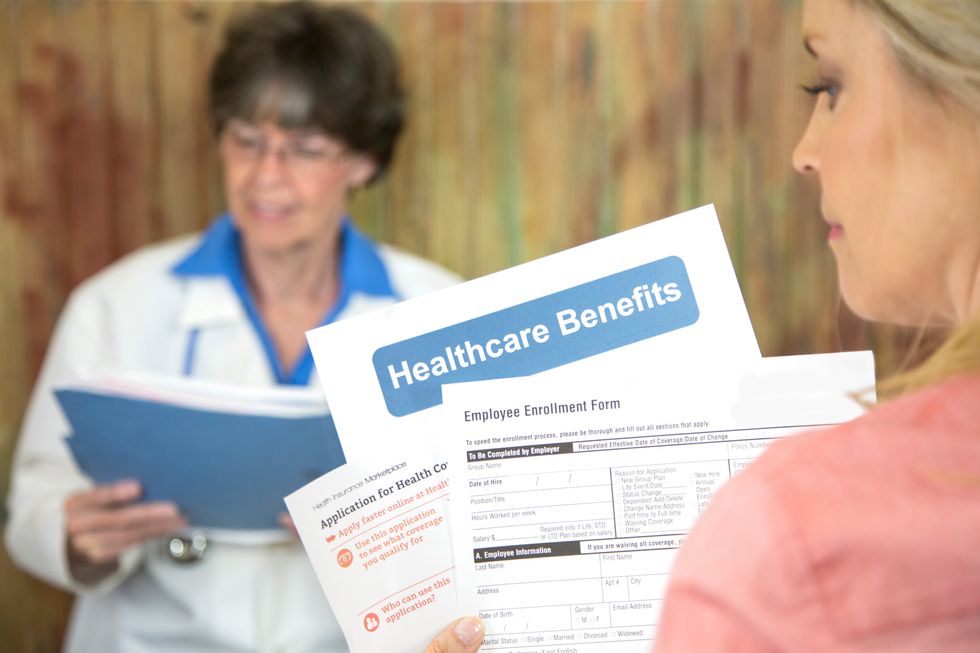 HHS Announces Another Round Of ACA Navigator Funding Cuts

Administration dramatically cuts funding for non-profits that help people sign up for insurance, which – along with other steps to scale back the ACA such as eliminating the individual mandate tax – may reduce enrollments as premiums increase and people a

The Trump administration's decision Tuesday to slash funding to nonprofit groups that help Americans buy individual health insurance coverage sparked outrage from advocates of the Affordable Care Act. Using words like "immoral" and "cold-hearted," they saw it as the Republicans' latest act of sabotage against the sweeping health law.

But as the ACA's sixth open-enrollment period under the health law approaches in November, the lack of in-person assistance is unlikely to be a disaster for people seeking coverage, insurance and health experts say.

"I think alone it will have a very small impact on enrollment for 2019," said William Hoagland, a senior vice president with the Bipartisan Policy Center in Washington.

But combined with other recent actions by the Trump administration, the decision sets a negative tone, Hoagland said.

"It does send a signal of course that the administration is not promoting enrollment," he said.

The Centers for Medicare & Medicaid Services announced it is cutting money to the groups known as navigators from $36 million to $10 million for the upcoming 45-day enrollment period.

This reduction comes a year after the Trump administration decreased navigators' funding by 40 percent from $62.5 million — and cut advertising and other outreach activities.

CMS Administrator Seema Verma said the navigators that operate in the 34 states that use the federal marketplace — including many health and religious organizations — were ineffective and had outlived their usefulness.

She pointed out that they helped with fewer than 1 percent of enrollments in 2017 — though she counts navigators as "helping" only if consumers sign up in their presence.

Florida Blue, an insurer that enrolls among the largest number of Obamacare consumers nationwide, said it won't miss the help from the federally funded grass-roots helpers.

"Given our large and unique distribution-channel strategy of utilizing our retail centers along with our telesales efforts, our dedicated field agents and our direct in-market enrollment efforts, we do not depend on navigators to enroll ACA members," said spokesman Paul Kluding.

Greg Fann, a fellow with the Society of Actuaries, said the role of navigators has been overstated.

"I am a numbers guy, and what really matters to people are the numbers and price of the coverage," he said. Nearly 9 in 10 people buying coverage on the ACA exchanges qualify for federal subsidies based on their incomes, and the amount those subsidies rose last year because of an increase in silver-plan premiums.

The navigators, Fann added, were needed more in 2013 and 2014 when the marketplaces were in their first years and millions of people who hadn't bought insurance before were considering the health law's new options.

Insurers and brokers, Fann said, should step in to make up for navigator funding.

Don't count on it, said Steve Israel, a Boynton Beach, Fla., insurance agent and past president of the Florida Association of Health Underwriters. He said most independent brokers want nothing to do with ACA plans because insurers have cut their commissions. "We've been sending people to navigators," Israel said.

Some states that operate their own marketplaces, however, are continuing to invest in these grass-roots aides.

Covered California, for example, is holding its navigator funding steady, dedicating $6.5 million to navigators in this year's budget.

That's more than half of what healthcare.gov is investing in navigators in 34 states.

California has 1.5 million people in Obamacare plans, second highest in the nation behind Florida, which has 1.6 million.

Trump spent his first year in office trying to repeal the health law and came within one vote in the U.S. Senate of achieving that goal. Immediately after Sen. John McCain (R-Ariz.) cast the deciding vote to block the dramatic repeal effort, Trump implored Republicans to let the law disintegrate.

But his administration has not stood idly by.

The Republican-controlled Congress in December passed a law that next year will eliminate the requirement that most Americans have insurance, a move likely to drive healthier people out of insurance market and lead to higher prices for those who are left.

Just last week, CMS said because of a pending lawsuit it was suspending a program created by the law to even out the burden on health insurers whose customers are especially unhealthy or sick. That could take millions of dollars away from some insurers, causing them to hike prices or abandon markets.

The Trump administration also issued new rules to try to make it easier for individuals and small businesses to buy health plans that cost less than ACA coverage because they cover fewer medical services. These plans would bypass the law's protections that prevent companies from charging higher prices to women, older people and those with preexisting medical conditions.

CMS now wants the navigators to promote these policies in addition to steering people toward ACA-compliant plans and Medicaid.

This adds to the concern about the lack of navigator funding.

The availability of such new types of coverage will increase consumer demand for specially trained navigators, said Elizabeth Hagan, a senior consultant with Transform Health, a consulting firm.

Jodi Ray, who leads the University of South Florida's navigator program — the largest one in the state — said her staffers do much more than help with enrollment. They also help consumers file appeals with insurers.

"This is how health care disparities are exacerbated — we will be put in the awful position of pitting populations that need assistance against each other in order to prioritize how we can use the resources," she said.

California Healthline reporter Ana B. Ibarra contributed to this report.