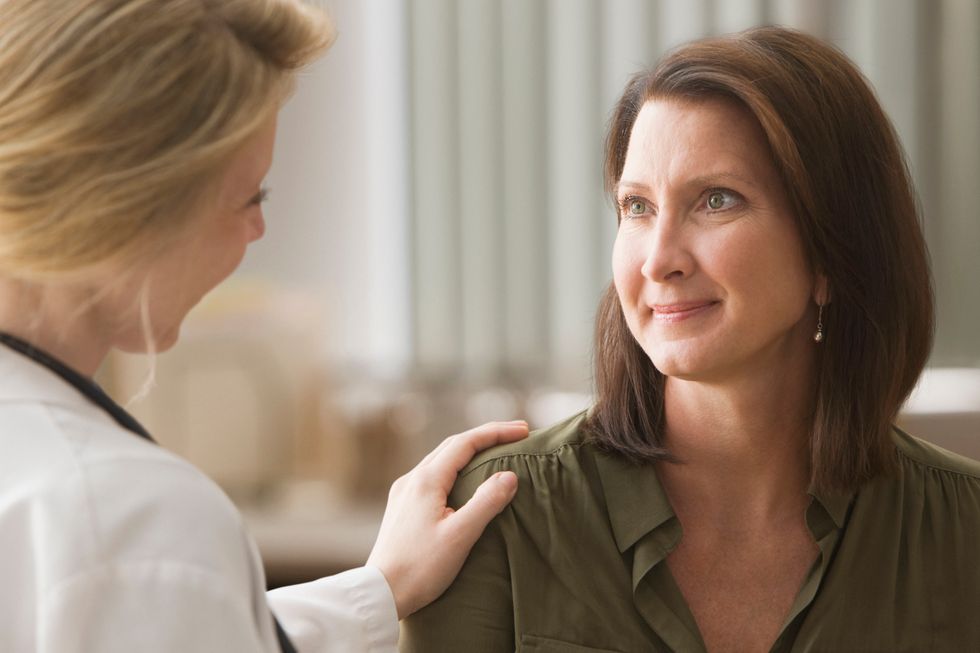 The Heart and Estrogen

If you're concerned about taking hormone replacement therapy because of increased risk for breast cancer, remember this: Heart disease kills more than twice as many women as breast cancer does. And HRT may reduce your heart disease risk.

If you've been reading the series of posts we've been doing on estrogen (including how it relates to bone health and cognitive health), then you probably expect to learn something unexpected about heart health. This might be it: You should be more worried about dying from heart disease than breast cancer—even if you've had breast cancer.

"Heart disease kills more than twice as many women as breast cancer does, even young women under the age of 40, and it kills four times as many women between the ages of 60 and 79," write the authors of Estrogen Matters. Furthermore, a study of 63,566 women who were diagnosed with breast cancer at age 66 or older "found that heart disease was responsible for more deaths among this large population than breast cancer."

The people working hard to increase breast cancer awareness are doing their job well, and I'm grateful they are because their work is saving lives. But we need to also know that heart disease is a greater threat to women and that the risk of heart disease goes up after menopause.

Multiple reputable studies before and after 2002 have shown that hormone replacement therapy (HRT) in postmenopausal women reduces the risk of "a coronary event" by about 50 percent; others show that estrogen reduces the risk of coronary artery disease in postmenopausal women by 40 percent to 50 percent, compared to women who didn't take hormones.

(There's some debate over the way research is conducted—observational studies versus randomized controlled trials—which you can read all about in the book, if you're interested. Personally, I'm satisfied that the research is sound.)

The Women's Health Initiative study from 2002 first said that women on HRT (but not estrogen replacement therapy [ERT]) had a slightly increased relative risk of "heart events." But 70 percent of the women in that study were 60 to 79 years of age, many of whom had risk factors for heart disease and none of whom were excluded from the analysis because of those factors.

WHI revised that finding in 2007, write the authors of Estrogen Matters, "now concluding that women who started HRT within ten years of the onset of menopause actually reduced their risk of coronary artery disease, while those who started after that slightly increased their risk."

HRT increases the risk to the heart in the first year of use and in older women because arteries become less elastic after menopause. Starting to take estrogen after a few years doesn't reverse that, and it widens blood vessels, increasing blood flow to the heart.

What does all this mean to you? If you are under the age of 60 or within 10 years of entering menopause (when you haven't had a period for 12 consecutive months), then talk to your health care professional about whether the health benefits of HRT/ERT outweigh any risks. The research shows that when you begin HRT during that window, it significantly reduces coronary artery disease and overall mortality—possibly adding as many as three or four years to your lifespan, according to some experts.

I think that possibility alone is worth a conversation with your doctor!