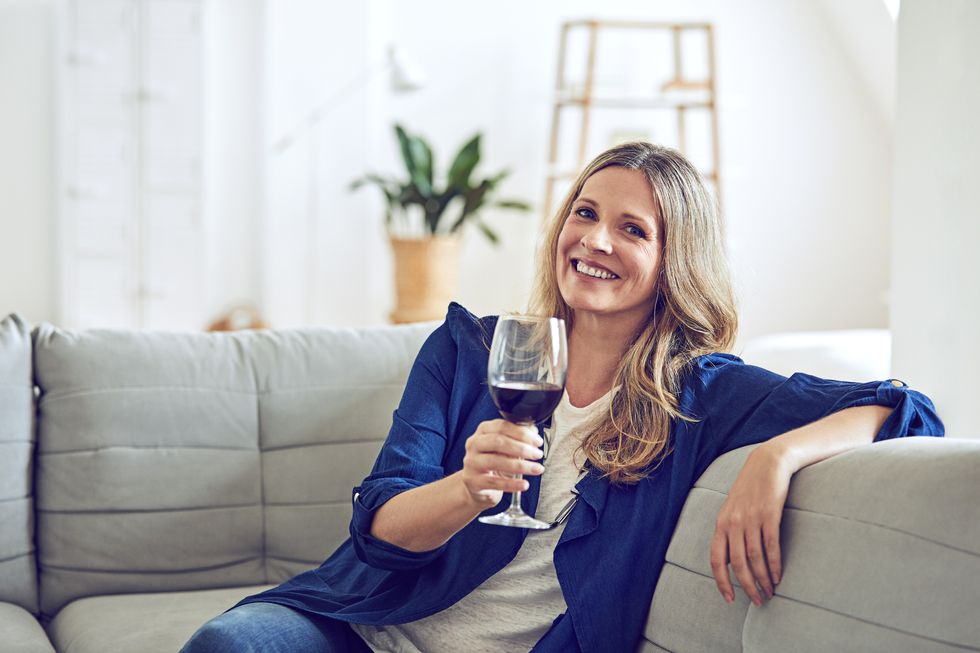 Middle-aged people who drink moderately may have a relatively lower risk of developing dementia later in life.

THURSDAY, Aug. 2, 2018 (HealthDay News) -- Middle-aged people who drink moderately -- no more than a glass of wine a day -- may have a relatively lower risk of developing dementia later in life, researchers report.

The study, which followed 9,000 British adults for over two decades, found that both heavier drinkers and abstainers had a higher dementia risk than moderate drinkers.

Moderate drinking was defined according to the recommended drinking limits in the United Kingdom: no more than 14 "units" of alcohol per week. That translates to one medium-sized glass of wine, or roughly a pint of beer, each day.

People who were nondrinkers in middle age were 47 percent more likely to eventually be diagnosed with dementia, versus moderate drinkers, the findings showed.

Meanwhile, when people drank beyond moderate levels, their risk of dementia rose in tandem with their alcohol intake.

Among people who had more than a drink per day, dementia risk rose by 17 percent with every additional 7 units of alcohol they downed per week. That's equivalent to three to four glasses of wine.

None of that, however, proves there is something directly protective about moderate drinking, experts stressed.

"No one is saying that if you don't drink, you should start," said Dr. Sevil Yasar, an associate professor of medicine at Johns Hopkins University, in Baltimore.

She wrote an editorial published with the study Aug. 1 in the BMJ.

"Why does abstaining appear detrimental when it comes to dementia risk?" Yasar said. "We don't know."

The researchers tried to account for other health and lifestyle factors. But it's still possible that there's something else about the average nondrinker that explains the higher dementia risk, Yasar said.

What does seem clear, she added, is that people should limit their drinking -- possibly to levels even lower than those currently recommended in the United States.

U.S. guidelines differ from the U.K.'s -- suggesting that men can safely have up to two drinks per day. Women are advised to limit themselves to one per day.

Severine Sabia, the lead researcher on the study, said that advice to men may need to be revisited.

"It is possible that in countries like the U.S., there needs to be a downward revision of the threshold that carries harm," said Sabia, a researcher with the French national research institute Inserm.

As for nondrinkers, she echoed what Yasar said: "Our finding on abstainers should not motivate people to start drinking alcohol."

That is partly because of the many health risks tied to drinking -- from liver disease to several cancers, including breast, liver and throat cancers, she explained.

The findings are based on 9,087 British adults who were 50, on average, at the study's start in the 1980s. Over the next couple of decades, 397 were diagnosed with dementia.

In general, middle-aged adults who were either teetotalers or relatively heavier drinkers were more likely to develop dementia, the researchers said.

The risk appeared most clear among the heaviest drinkers: People who ended up in the hospital for alcohol-related diseases were over three times more likely to develop dementia than other study participants were.

According to Sabia, that suggests heavy drinking can contribute to dementia by directly harming the brain.

On the other hand, abstainers in this study tended to have more risk factors for heart disease: They were heavier, exercised less and had a higher rate of type 2 diabetes, for instance. And those differences explained part of the link to dementia -- though not all of it.

Research suggests that many of the same factors that raise the risk of heart disease may also boost the risk of dementia -- possibly due to poorer blood flow to the brain.

Many studies have found that moderate drinkers tend to have better heart health than nondrinkers or heavy drinkers. However, it's not clear that the alcohol, per se, is the reason.

So, Yasar said, it cannot be assumed that light drinking helps thwart dementia by boosting a person's heart health.

"Luckily," she added, "there are many ways to improve your cardiovascular health -- like regular exercise, eating a healthy diet and not smoking."