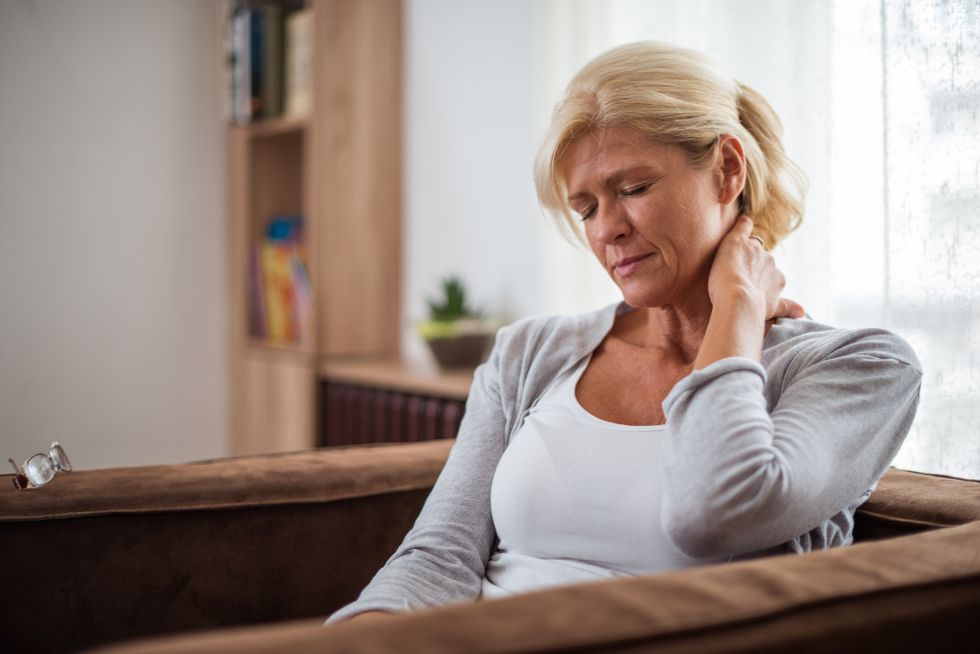 Chronic fatigue syndrome continues to affect millions of people, and yet the research budget for finding causes, treatment and prevention remains small.

This blog was inspired by the good news that the National Institutes of Health (NIH) has doubled its research budget for myalgic encephalomyelitis/chronic fatigue syndrome (ME/CFS).

However, it was shocking to see that the increase was from $7.6 million last year to $15 million this year. This is a very small research budget given that hundreds of thousands, even as high as 2.5 million men, women and children suffer from this syndrome. Several studies use different criteria for diagnosis making for a wide variance in prevalence.

The economic cost of ME/CFS is estimated at $17 billion to $24 billion annually. NIH is the nation's premiere biomedical research agency and as such, whatever budget is allotted, its influence adds credibility to the importance of studying ME/CFS.

Comparison: Budgets for Multiple Sclerosis and Myalgic Encephalomyelitis/Chronic Fatigue Syndrome
The NIH National Institute of Neurological Diseases and Stroke (NINDS) is the lead Institute for both ME/CFS and multiple sclerosis (MS). The 2017 budget for MS is $98 million, a decline from $115 million in 2016. The number of patients for MS and ME/CFS is similar and, like ME/CFS, causation for MS has not been established, although there are accepted treatments for the disease. Both have serious symptoms and can cause severe disability.

NIH current funding is at 2016 levels due to a Continuing Resolution and budgets for special projects such as the Cancer Moonshot, which are not yet accounted for. To date, the NIH budget has not kept pace with inflation.

NIH Confronts ME/CFS
"Of the many mysterious human illnesses that science has yet to unravel, ME/CFS has proven to be one of the most challenging. I am hopeful that renewed focus will lead us toward the cause of this perplexing and debilitating disease so that new prevention and treatment strategies can be developed," said Francis S. Collins, MD, PhD, director of the NIH.

It is encouraging that NIH began an investigational clinical study of ME/CFS in October 2016, to determine new treatments and diagnostic tests to see if new technologies might aid in the understanding of the condition. Leading up to this effort is an NIH-sponsored Institute of Medicine report (now the National Academy of Medicine), and an NIH Pathways to Prevention meeting, as well an invigoration of the Trans-NIH ME/CFS Research Working Group. In 2015, NIH began an ME/CFS Special Interest Group to serve as a forum for finding the cause of ME/CFS and identifying clinically valuable treatments.

What Is ME/CFS?
What is this disorder? While the syndrome was long viewed cynically, ME/CFS is now acknowledged as a medical syndrome, not a psychiatric or psychological one. It is not just a state of being tired or exhausted, it is a complicated disorder characterized by extreme fatigue, more intense than what is usually experienced after exhausting physical or mental work. The diagnosis demands the exclusion of other diseases with similar symptoms.

ME/CFS fatigue is more comparable to the fatigue caused by radiation, head injuries or other types of biological assault. Other symptoms are widespread muscle and joint pain, cognitive issues and even headaches. The symptoms do not subside with rest, and those who suffer from ME/CFS have higher rates of suicide.

Most people cannot overcome the fatigue through willpower, although there are stories of people with ME/CFS making extraordinary efforts on their best days to continue to carry out their life's work. Laura Hillenbrand, author of Seabiscuit, and Unbroken: A World War II Story of Survival, Resilience, and Redemption, continued writing despite being homebound by her illness. Blake Edwards, the director of many movies including Pink Panther, worked for almost 15 years despite having ME/CFS.

The majority cannot continue their normal lives and this disorder can last for months, years or even a lifetime.

A Disease With 1,000 Names
In 1860, the syndrome was identified and named "neurasthenia." It was from that moment that the name changing began. Sometimes the syndrome was named after a preceding infection, such as chronic Epstein-Barr syndrome, chronic mononucleosis syndrome or atypical poliomyelitis.
It has been named after sites of outbreaks including Iceland disease, Tapanui flu and Lake Tahoe disease. It has also been named after prominent patients such as Florence Nightingale and Charles Darwin.

In 1993, the Centers for Disease Control and Prevention named it chronic fatigue syndrome. The Institute of Medicine report renamed it myalgic encephalomyelitis/chronic fatigue syndrome. However, since muscle pain (myalgic) and brain inflammation (encephalomyelitis) are not the main symptoms, a change to systemic exertion intolerance disease or SEID is currently being considered.

The various names contain valuable clues about the nature of the syndrome. Most represent an effort to pin down its causation. Although the large variation in secondary symptoms probably played a role, the biggest mystery is why all these efforts have never connected. This suggests that new investigational and linkage studies such as the NIH clinical trial and the Open Medicine Foundation Big Data Study, conducted with severely ill ME/CFS patients, may offer new insights as they use novel technologies to interrelate genetics, immunology, neurology, sleep research, viral sequelae and other domains.

Doing Something About It
Linda Tannenbaum is the CEO and president of the Open Medicine Foundation, which funds the study of ME/CFS and other chronic complex disorders. Tannenbaum learned about ME/CFS when her daughter was diagnosed with the condition. Similarly, Ron Davis, PhD, and professor of biochemistry and genetics at Stanford University School of Medicine and director of the board of the Open Medicine Foundation learned about the disease when his son was diagnosed with ME/CFS. These families know firsthand how lives are damaged by ME/CFS.

The Foundation has begun its Big Data Study of Severe Cases of ME/CFS that will look into finding biomarkers and releasing that information to the scientific community. "Any one of us, regardless of age, can be fine one day and then struck with ME/CFS, and it can last a lifetime," said Tannenbaum.

Patient Advocacy: A Relentless Force for Change
We live in an age of powerful patient advocacy, with patients now researching their own illnesses, writing blogs, shooting films, lobbying and forming foundations to raise awareness about their conditions.

In 2001, Kim Snyder, a highly honored filmmaker, released I Remember Me, as she was recovering from ME/CFS. Her film tells the stories of people with

ME/CFS. It is available on YouTube.
Unrest, a film by Jennifer Brea, premiered at the 2017 Sundance Festival. It depicts her life story beginning from a vibrant childhood to the sudden onset of ME/CFS while studying for her PhD. She has continued to be a highly visible advocate. Talking about her film, Brea ruefully remembers seeing I Remember Me when she was in high school and thinking, "change was just around the corner."

These films convey the terrible disability, pain and social crisis of ME/CFS in a way no written description could. Doctors are often taught via grand rounds where patients are presented so medical students can have a real sense of the disease. These films offer a similar opportunity for the public, as well as to medical students and researchers.

Solving the Mystery
Improved communications can educate us all, as well as help patients to understand that they are not alone. Important questions such as the reason the disease is more common in women, would advance the understanding and treatment of ME/CFS. Are men less likely to report this syndrome? Are there differences in treatment offered to women and men?

Clarissa K. Wittenberg was a science writer and senior communication officer at several NIH Institutes and associate director for communications at the National Institute of Mental Health; a special assistant to the director of the Office of Global Health, Office of the Secretary, HHS; and formerly a consultant for mental and overall health of underserved populations to the Department of Psychiatry and Human Behavior, University of Mississippi Medical Center. She is creative director of the Washington Film Institute.

How to Tell if You Have Chronic Fatigue Syndrome