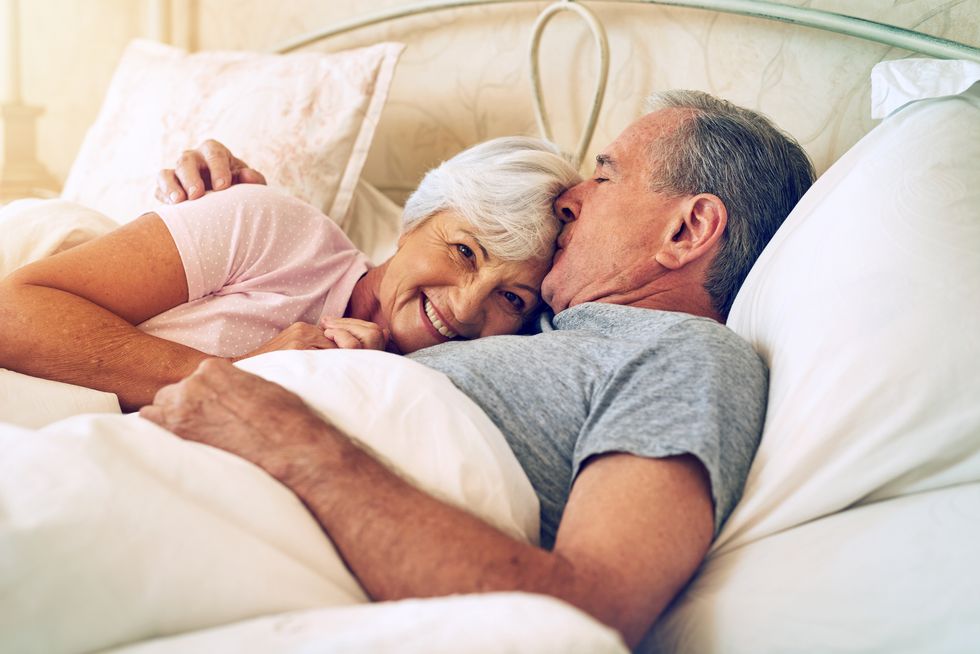 One of the benefits of my work with MiddlesexMD is the networking that makes it more likely that I'll run into medical information, over-the-counter products, articles and books that could be helpful to my patients, and, of course, the interesting conversations that turned into our podcast,The Fullness of Life.

I received an advance copy ofLove Worth Making: How to Have Ridiculously Great Sex in a Long-Lasting Relationship, by Stephen Snyder, MD, a month or so ago. Steve is a couples' therapist, psychiatrist and writer, as well as associate clinical professor of psychiatry at the Icahn School of Medicine at Mt. Sinai in New York City.

While I've met him—so far—only via email and his written words, I know we share some perspectives: that intimacy remains important to us no matter what our age, that men and women do have some differences in their approaches to lovemaking, and that there's nothing wrong—and lots that's right—about seeking tools that help us!

I think it's useful to hear men's perspectives on sexuality, too, so when Steve offered to contribute to this blog, I accepted!

Read on for more from Stephen Snyder, "sex therapist in the 'hood."

Several years ago, a merchant in my neighborhood learned that I was both an MD and a sex therapist. The next time I was in his shop, he asked me if I could get him some Viagra.

"How long have you had erection problems?" I asked.

"I don't," he answered. "But my wife and I have been married for 30 years. To tell you the truth, sometimes I'm too tired or preoccupied to get hard without the Viagra."

What was this man's problem, exactly? He wanted to have sex with his wife, even though he wasn't feeling that strongly turned on. Evidently there were other reasons he wanted to do it.

Sound familiar? Of course: He wanted to make love like a woman.

Women can have sex with their partners any time they want. They don't have to be very excited. Sure, some lubricant might be required, especially over 50. But the absence of peak excitement isn't necessarily a deal-breaker.

A woman can make love for other reasons besides strong desire. To feel close or emotionally connected to her partner. To promote loving feelings. Or just for the simple pleasure of the experience. Even occasionally to keep a partner happy, even though she might be too tired or preoccupied to be really into it. A useful book on the subject calls it "good-enough sex."

One wouldn't want all one's sex experiences to be like this. But once in a while it's OK. Especially if the alternative is not to make love at all. If there's one thing that sex research repeatedly shows about successful long-term couples, it's that they keep having sex even when if the sex isn't always earth-shaking. The ritual itself is important.

Men traditionally haven't been able to do sex very easily under conditions of lower arousal. Especially over 50, when it ordinarily takes more stimulation to stay hard than it did at 20. If a man, for whatever reason, hasn't been strongly turned on, conventional sex hasn't usually been an option for him.

Viagra changed all that. Since the blue pill came on the market in 1998, a man can take Viagra and have sex even if he's tired or preoccupied and just wants some loving and affirmation but isn't feeling peak excitement. In fact, just having a good erection can help a man feel more in the mood.

Is Viagra Good for Sex?

There is often strong partner resistance to a man's boosting his erection through chemistry, though. Women especially are used to the affirmation that occurs when a man gets hard (as Mae West famously put it) simply because he's "happy to see her." It's worth it for a man to communicate that he needs sex for closeness and affirmation and pleasure as well. Just like she does. And that worrying about his erection just gets in the way.

Some couples worry whether taking Viagra under such conditions is a wholesome or natural thing to do. If it just takes more sexual stimulation now to keep him hard, wouldn't it be more natural to simply intensify the excitement?

Maybe, but not necessarily. Intensifying excitement sounds like a great idea. But in practice, having to do things to get the man hard enough can be a bit of a burden. And it can take time, sometimes so much time that the moment is lost.

My advice? It depends on the couple and the situation. But sometimes Eros is best served by taking the Viagra. Then a man can stop worrying about his erection and get back to making love.

Sometimes it's best for a man once in awhile to make love like a woman.

Good Sex With Emily Jamea: How To Tell Your Partner About an STI

Good Sex With Emily Jamea: How To Cope With Your Partner’s Sexual Dysfunction