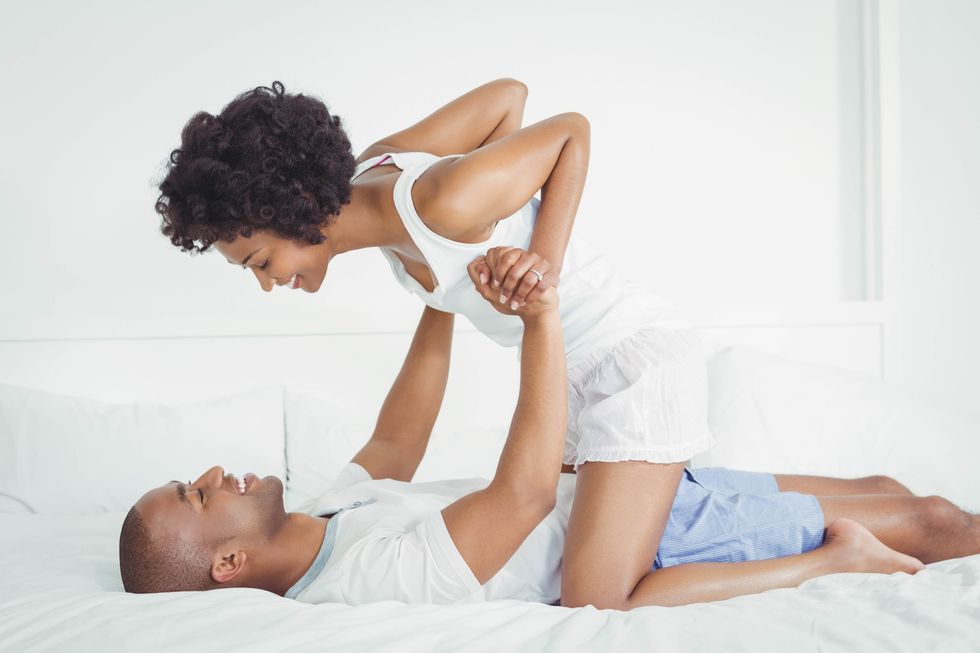 Calories Burned During Sex May Surprise You

Calories Burned During Sex May Surprise You

Sex won't burn as many calories as many other forms of exercise, but there are things you can do to up your calorie burn.

When it comes to breaking a sweat, a romp in bed is likely the most enjoyable way to do so. And if you're doing it a few times a week (or a day), you're getting more of a workout. It gets your heart rate up while burning a few calories.

Not to mention that all that bumping and grinding is great for your relationship and happiness. Sex has been shown to help your body fight disease and boost your health and mood. It will also help you get a good night's sleep since it boosts serotonin, the feel-good chemical in your body. Read more about the benefits of sex.

Still, if you're looking to slim down, you might not want to give up that Stairmaster just yet. Unfortunately, intercourse may not burn as many calories as you think (though sex may be a more enjoyable calorie burner than a Pilates class).

A study from the University of Montreal compared the calorie expenditure of running to that of sex. It found that running outpaced sex, not surprisingly. Women burned about 213 calories during 30 minutes of light running and men burned 276. Men burned 101 calories during 25 minutes of sex and women only 69, burning an average of 3.6 calories per minute.

So why did guys have a better burn? Researchers think that since men often weigh more than women, they use more energy for doing the same exercise. Men may also be more physically active during sex.

It's also worth knowing that sex sessions in the study lasted an average of 25 minutes (including foreplay). That's far longer than average. Times varied in the study, ranging from 10 to 57 minutes. The longer the session, the more calories burned. One study in the New England Journal of Medicine found that most sex sessions last six minutes (not including foreplay).

You can take measures to hike the calorie count of your time getting it on, but you can't really count on sex to reach your weight-loss goals. Remember that the number of calories you burn during sex varies from one romp to another. So, if you're sweating and breathing hard, you've likely burned more.

Here are some tips for burning more calories during sex: