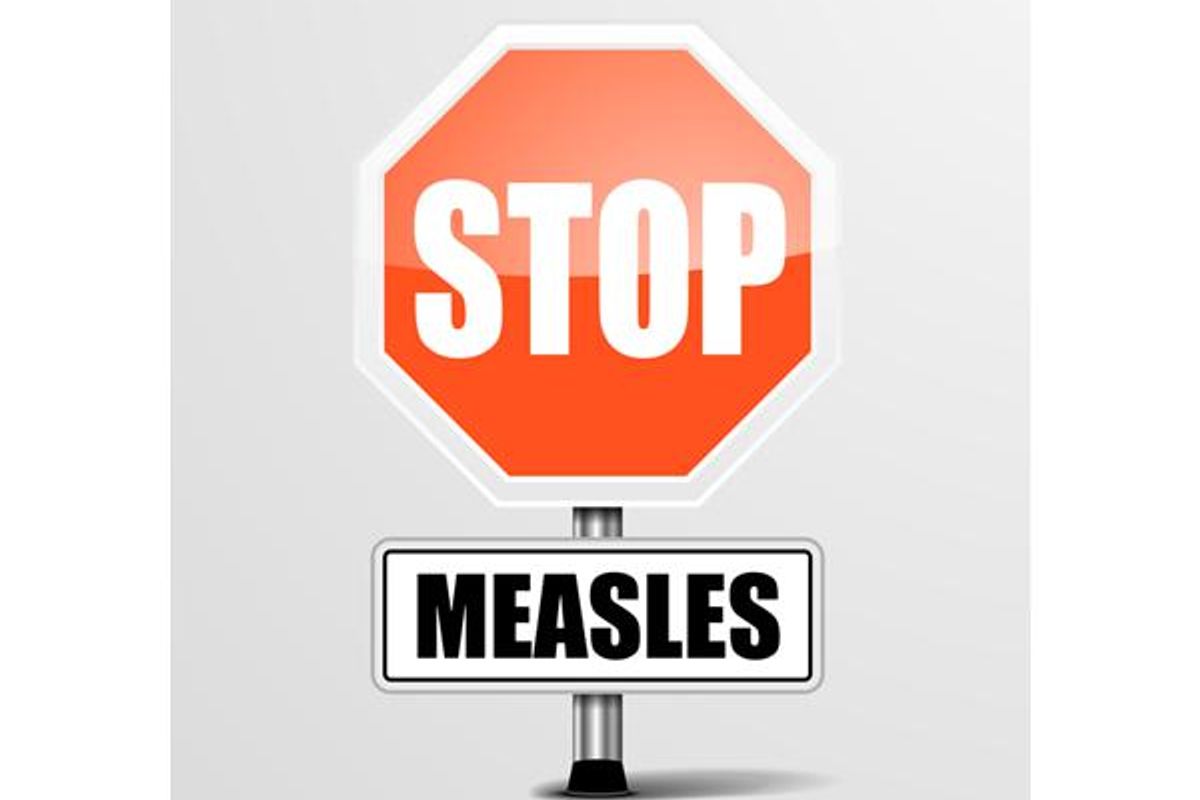 This article / resource has been archived. We will no longer be updating it. For our most up-to-date information, please visit our vaccine information here.

WEDNESDAY, Jan. 21, 2015 (HealthDay News) -- Fifteen years after measles was declared eliminated in the United States, the recent outbreak traced to two Disney parks in California illustrates how quickly a resurgence can occur.

As of Tuesday, more than 50 cases had been reported in the outbreak, which began in the third week of December. Orange County and San Diego County are the hardest hit, with 10 reported cases each, according to the California Department of Public Health. The outbreak also extends to two cases in Utah, two in Washington, one in Colorado and one in Mexico.

Measles symptoms can occur up to three weeks after initial exposure, so the period for new infections directly linked to the original outbreak at the Disney parks has passed. However, secondary cases continue to be reported in those who caught the disease from people infected during visits to the parks. Disney officials also confirmed on Wednesday that five park employees who play costumed characters in the parks have been infected, the Associated Press reported.

And roughly two dozen unvaccinated students in Orange County have been ordered to stay home to try and contain the spread of measles.

"This outbreak is occurring because a critical number of people are choosing not to vaccinate their children," said Dr. Paul Offit, director of the Vaccine Education Center and an attending physician at The Children's Hospital of Philadelphia's Division of Infectious Diseases.

"Parents are not scared of the disease" because they've never seen it, Offit said. "And, to a lesser extent, they have these unfounded concerns about vaccines. But the big reason is they don't fear the disease."

The United States declared measles eliminated from the country in 2000. This meant the disease was no longer native to the United States. The country was able to eliminate measles because of effective vaccination programs and a strong public health system for detecting and responding to measles cases and outbreaks, according to the U.S. Centers for Disease Control and Prevention.

But in the intervening years, a small but growing number of parents have chosen not to have their children vaccinated, due largely to what infectious-disease experts call mistaken fears about childhood vaccines.

Researchers have found that past outbreaks of vaccine-preventable diseases are more likely in places where there are clusters of parents who refuse to have their children vaccinated, said Saad Omer, an associate professor of global health, epidemiology and pediatrics at Emory University School of Public Health and Emory Vaccine Center, in Atlanta.

These so-called "vaccine refusals" refer to exemptions to school immunization requirements that parents can obtain on the basis of their personal or religious beliefs.

"California is one of the states with some of the highest rates in the country in terms of exemptions, and also there's a substantial clustering of refusals there," Omer said. "Perceptions regarding vaccine safety have a slightly higher contribution to vaccine refusal, but they are not the only reason parents don't vaccinate."

Other reasons include the belief that their children will not catch the disease, the disease is not very severe and the vaccine is not effective, Omer noted.

In California, vaccine exemptions have increased from 1.5 percent in 2007 to 3.1 percent in 2013, according to an analysis by the Los Angeles Times.

Recent legislation tightened the rules for personal belief exemptions by requiring parents to have doctors sign the exemption forms. But Omer said it is too soon to know the effects of the new law.

A big contributing factor to the parents' continuing concerns about vaccine safety was a 1998 fraudulent paper published and later retracted in the medical journal The Lancet. The study falsely suggested a link between the measles-mumps-rubella (MMR) vaccine and autism. The lead author of that paper, Andrew Wakefield, has since lost his medical license for having falsified his data.

Several dozen studies and a report from the Institute of Medicine have since found no link between autism and any vaccines, including the MMR vaccine.

Researchers have found that those who refuse vaccines tend to share similarities.

"In general, they're upper-middle to upper class, well-educated -- often graduate school-educated -- and in jobs in which they exercise some level of control," Offit said. "They believe that they can google the word vaccine and know as much, if not more, as anyone who's giving them advice."

Omer added that recent data has shown that measles cases tend to disproportionately involve people who are not vaccinated. "The higher the vaccination rates, the lower the frequency and size of outbreaks," he noted.

The most common side effects of the MMR vaccine are a fever and occasionally a mild rash. Some children may experience seizures from the fever, but experts say these seizures have no long-term negative effects.

The majority of recent outbreaks have been traced back to unvaccinated U.S. residents. Last year, 644 measles cases were reported to the CDC, the highest number of cases recorded since the disease was declared eliminated.

Almost half of those cases occurred in Ohio after unvaccinated U.S. residents traveled to the Philippines and returned ill. Similarly, more than half the outbreaks in the first half of 2013 originated with U.S. residents who traveled overseas and came back with measles.

Measles is one of the most contagious of human diseases. The airborne virus can linger in an area up to two hours after an infected person leaves, and approximately 90 percent of people without immunity will become sick if exposed to the virus.

Serious complications from measles can include pneumonia and encephalitis, which can lead to long-term deafness or brain damage. An estimated one in 5,000 cases will result in death, according to Offit.

"If a child died of measles in southern California, I think people would start vaccinating," Offit said. "I think it will take more suffering and more hospitalizations and more deaths to not see these outbreaks. We're compelled by fear, and we don't fear this disease enough."