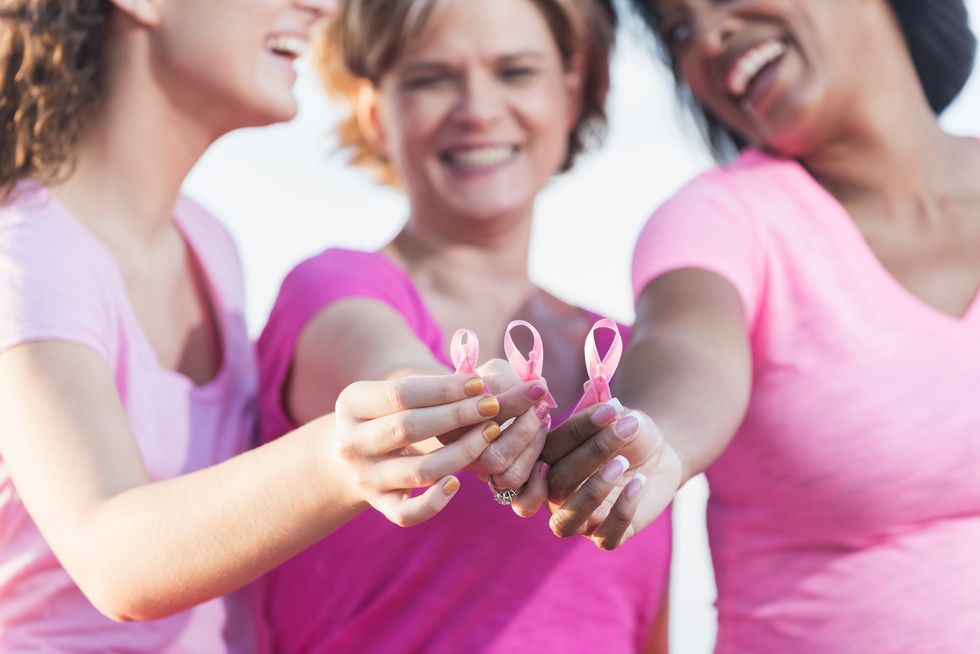 TUESDAY, Oct. 3, 2017 (HealthDay News) -- New research finds the number of American women who've lost their lives to breast cancer has fallen precipitously in the past 25 years, with more than 322,000 lives saved in that time.

Overall, advances in care have led to a 39 percent drop in breast cancer deaths of between 1989 and 2015, according to new research from the American Cancer Society (ACS).

One specialist who works with breast cancer patients daily was heartened by the news.

However, the ACS was quick to point out that not every segment of Americans benefited equally. Despite some closure of the racial "gap" in breast cancer survival, black women are still more likely to die of the disease than their white peers, the study found.

Even though the rate of breast cancer diagnosis was slightly lower among black women than whites between 2010 and 2014, over about the same time period, black breast cancer patients were still 42 percent more likely to die of the disease than their white peers.

According to breast cancer specialist Dr. Cynara Coomer, that's probably due to a combination of factors. Black patients are more prone to be affected by aggressive, tough-to-treat breast tumors, she noted. But they also often lack access to the targeted treatments that can best fight these tumors.

So, when it comes to surviving breast cancer, "there remains a disparity between black women and white women across the country," said Coomer, who directs the Florina Rusi-Marke Comprehensive Breast Center at Staten Island University Hospital in New York City.

The vast majority of breast cancers are diagnosed among women aged 50 and older, the ACS found, and older women account for most deaths from the disease as well.

Still, race seemed to play a role here, as well. The median age of diagnosis for women overall in the United States is 62, but the disease tends to strike black women at a younger age, the report showed.

The median age for breast cancer deaths is 68, but black patients died younger -- at 62, on average.

All of this means that, overall, breast cancer kills more black women than white women in the United States.

There was reason to hope, however, because this health disparity may be stabilizing in some parts of the country, the ACS said. For example, breast cancer death rates among black women ranged from 22 percent in Nevada to 66 percent in Louisiana, the report found.

But in seven states the researchers saw no significant difference in death rates between black and white patients -- showing that the racial gap can be closed.

While genetics and differences in overall health play a big role in the survival gap between blacks and whites, so do "social and structural factors," said Carol DeSantis, of the ACS's surveillance and health services research branch.

"Increasing access to health care to low-income populations" might shrink this racial gap even further across the country, she explained.

Coomer agreed, saying that black women with aggressive tumors, in particular, "would be better served with health care teams or centers that provide comprehensive breast treatment."

According to Bernik, progress is being made.

"The fact that we are finally seeing a close in the gap between our excellent outcomes between black and white women is also encouraging," she said, "especially since black women are more likely to be diagnosed with the more aggressive triple-negative breast cancers."

Excluding skin cancers, breast cancer is the second leading cause of cancer death among American women, trailing only lung cancer. It's estimated that 252,710 women will be diagnosed with breast cancer in 2017 and 40,610 will die from the disease.

The research was published Oct. 3 in CA: A Cancer Journal for Clinicians and Breast Cancer Facts & Figures.

15 Minutes With: Jaclyn Smith Talks to HealthyWoman on the 20th Anniversary of Her Breast Cancer Diagnosis