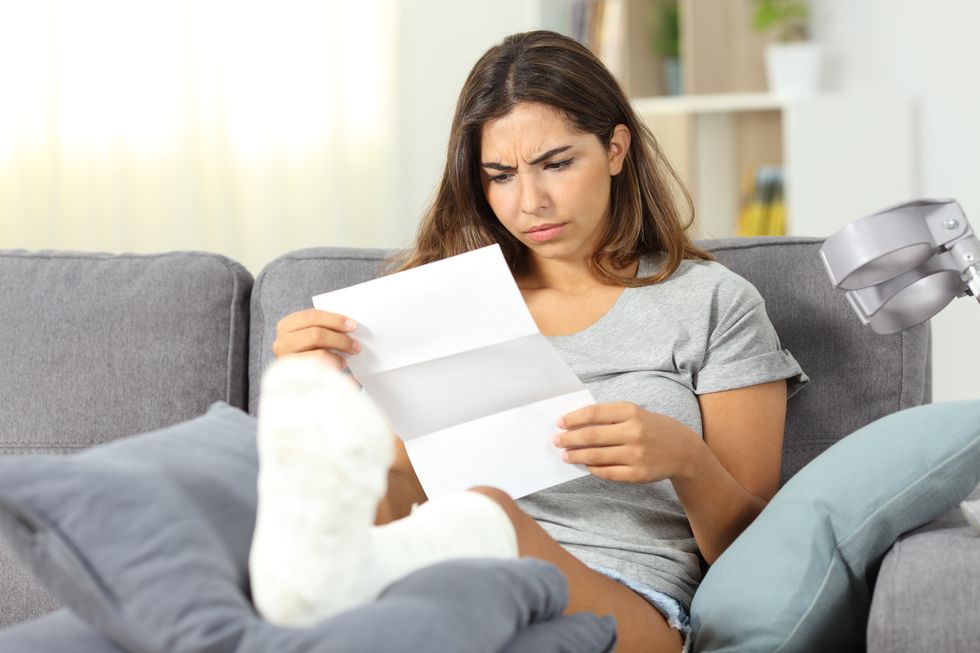 Are Surprises Ahead For Legislation To Curb Surprise Medical Bills?

Limiting surprise medical bills – when someone gets a bill for health care that is much larger than they had expected is an area of bipartisan agreement in Congress.

Surprise medical bills — those unexpected and often pricey bills patients face when they get care from a doctor or hospital that isn't in their insurance network — are the health care problem du jour in Washington, with congressional lawmakers from both sides of the aisle and the White House calling for action.

These policymakers agree on the need to take patients out of the middle of the fight over charges, but crafting a legislative solution will not be easy.

A hearing of the House Ways and Means health subcommittee Tuesday, for example, quickly devolved into finger-pointing as providers' and insurers' testimony showed how much they don't see eye to eye.

"I'm disappointed that all participants that are going to be here from critical sectors of our economy could not come to find a way to work together to protect patients from these huge surprise bills," Rep. Devin Nunes (R-Calif.), the ranking Republican on the subcommittee, said in his opening statement.

As Congress weighs how to address the problem, here's a guide to the bills and what to watch.

Last week, Sen. Bill Cassidy (R-La.) and Sen. Maggie Hassan (D-N.H.) introduced their version of surprise-billing legislation. It would set out specific protections for patients who receive emergency care from an out-of-network facility or provider; elective care from an out-of-network doctor at a facility that is in the patient's insurance network; or additional, post-emergency health care at an out-of-network facility because the patient cannot travel without medical transport. Similar protections would also be put in place regarding laboratory and imaging services as well as providers who aren't physicians, such as nurse anesthetists.

That would mean that people in these situations could not be billed by their health providers for amounts outside of what their insurance covered.

Patients would still have to pay their insurance plan's usual deductibles and copayments, which would count toward their health plan's out-of-pocket maximum.

Doctors would be automatically paid a predetermined amount based on what other health plans in the area are paying for a similar service. It's called the "median in-network rate."

On the House side, the "No Surprises Act" has emerged as the primary bill. Though it has not yet been formally introduced, drafts include many of the same protections as in the Cassidy-Hassan measure, including curbs on out-of-network bills for emergency care.

Co-authored by Reps. Frank Pallone (D-N.J.) and Greg Walden (R-Ore.), respectively the chairman and ranking member of the Energy and Commerce Committee, the measure would require health care facilities to provide 24-hour notice to patients seeking elective treatment that they are about to see an out-of-network provider. It would prohibit the facility or provider from billing patients for whatever amount their insurance companies did not cover for that service. And it would set provider payment rates based on the market in that specific area.

One key difference between the House and Senate proposals: The Cassidy-Hassan measure includes a mechanism by which health providers can challenge the median pay rate. They would have 30 days to initiate an independent dispute resolution between only the health plan and the provider; patients would be exempted.

"The patient needs to be the reason for care, not the excuse for a bill," Cassidy said at a press conference when the bill was unveiled.

The approach is often referred to as "baseball-style" arbitration because it's the model used by Major League Baseball for some salary negotiations. Here's how it works: The plan and the provider each present a final offer to an independent arbitrator for what the procedure should cost. The arbitrator then picks one of those two options.

Another place to watch is the Senate Health, Education, Labor and Pensions Committee. This panel has primary jurisdiction over the way the federal government regulates employer-sponsored plans, and Chairman Lamar Alexander (R-Tenn.) and Sen. Patty Murray (D-Wash.), the top Democratic member, are preparing legislation. They are expected to unveil details of their proposal Thursday.

Their legislative package is being billed as a broader measure designed to address health care costs, which would likely include provisions aimed at surprise medical bills. It could also incorporate elements such as curbs on drug pricing and price transparency, according to some industry lobbyists.

But this triggers concerns that expanding the measure's focus — which could perhaps draw more opposition — could slow the momentum behind surprise-billing legislation.

"There's a lot of other things going on that aren't directly related to surprise bills," said Molly Smith, the vice president for coverage and state issues at the American Hospital Association. "We're paying attention to what else is getting glommed on."

At a White House event earlier this month, Alexander said he'd like to pass it through the committee by July.

That won't be the end of players joining in the debate.

The House Education and Labor Committee also held a hearing on the issue, with an eye toward legislation in the future. Ways and Means Health Subcommittee Chairman Lloyd Doggett (D-Texas) is also focused on this issue, having introduced surprise-billing legislation in the last three congressional sessions.

Some Capitol Hill insiders, though, say arbitration provisions could become a hurdle to getting surprise-bill legislation over the finish line.

At the Ways and Means hearing, for instance, a representative from the trade group that represents employer plans called the idea a "snipe hunt" used by providers and hospitals to distract Congress from fixing the problem.

But the idea of the government setting payment rates for doctors is also sensitive. Groups such as the American Medical Association have already pushed back on this idea.

"Proposals that use in-network rates as a guideline should be avoided," said Dr. Bobby Mukkamala, an American Medical Association board member, in testimony to the Ways and Means panel. "Setting payments at these discounted rates would further disrupt the increasing market imbalance favoring health insurers."

Cassidy, though, was optimistic at the press conference announcing his bill's introduction.

"Greg Walden on the House side … said that he would be OK with arbitration, so obviously this is a process, we're in negotiations," he said at a press conference.

In fact, negotiations between the House and Senate versions of the proposed bills could lead to promising outcomes, said Claire McAndrew, the director of campaigns and partnerships at Families USA, a nonprofit group that advocates for accessible and affordable health care: "There could be an interesting potential to merge these two bills and do a really forward-thinking, consumer-friendly piece of legislation."

Expensive air and ground ambulance bills have caused controversy in the past, but neither the Senate nor the House proposals appear to address them.

Helicopters are sometimes deployed to get patients in dire need to a hospital quickly, or to service patients in remote areas, often at exorbitant costs.

In addition, Smith, from the hospital association, said none of the bills address insurance network adequacy.

"At the end of the day, surprise billing happens because they don't have access to an in-network provider," Smith said.

At some point, legislators will also have to hammer out how the federal law will interact with the more than 20 state laws that address surprise billing, said Adam Beck, the vice president of employer health policy and strategic initiatives at America's Health Insurance Plans, or AHIP, the trade group representing health insurance plans.

Some states have stricter protections for patients, some use a different method to determine how doctors will be paid, and states want to preserve those extra protections when necessary.

"They're not necessarily sticking points, but there are real questions they'll have to figure out," Beck said.