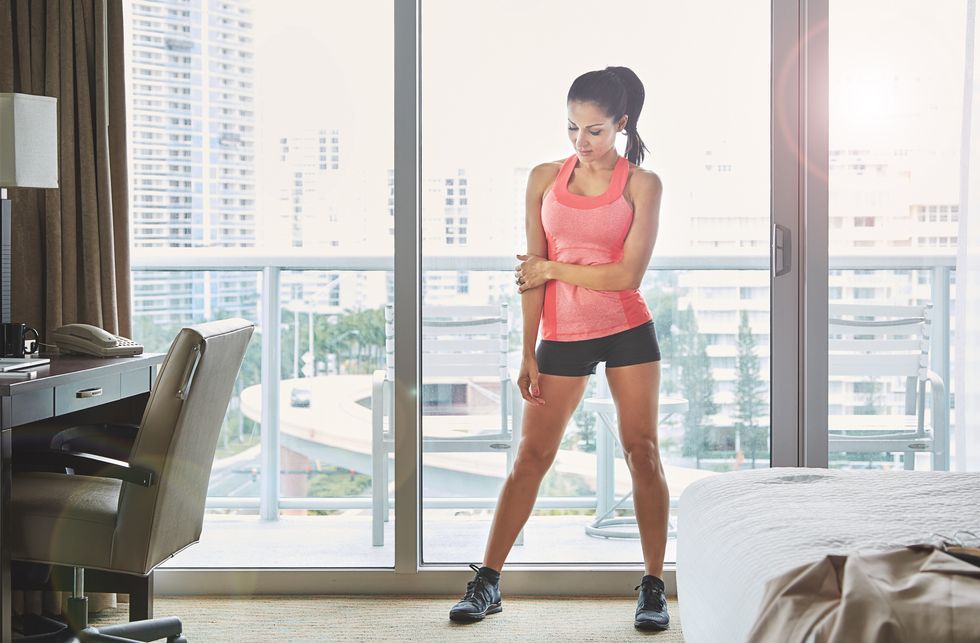 15-Minute Cardio Workout You Can Do Anywhere

This cardio workout is great when you’re on the road, pressed for time and have no access to traditional exercise equipment.

The mission of the American Council on Exercise (ACE) is to get people moving.

For many people, travel is a necessary component of life. Whether it’s for work or summer vacation, your ability to find the resources and time to stick to your regular workout regimen may not be possible.

The following cardio workout, however, is one possible solution that you can do when you’re on the road, pressed for time and have no access to traditional equipment. This efficient workout uses non-traditional equipment and can be performed anywhere.

A version of this article originally appeared at ACEFitness.com.