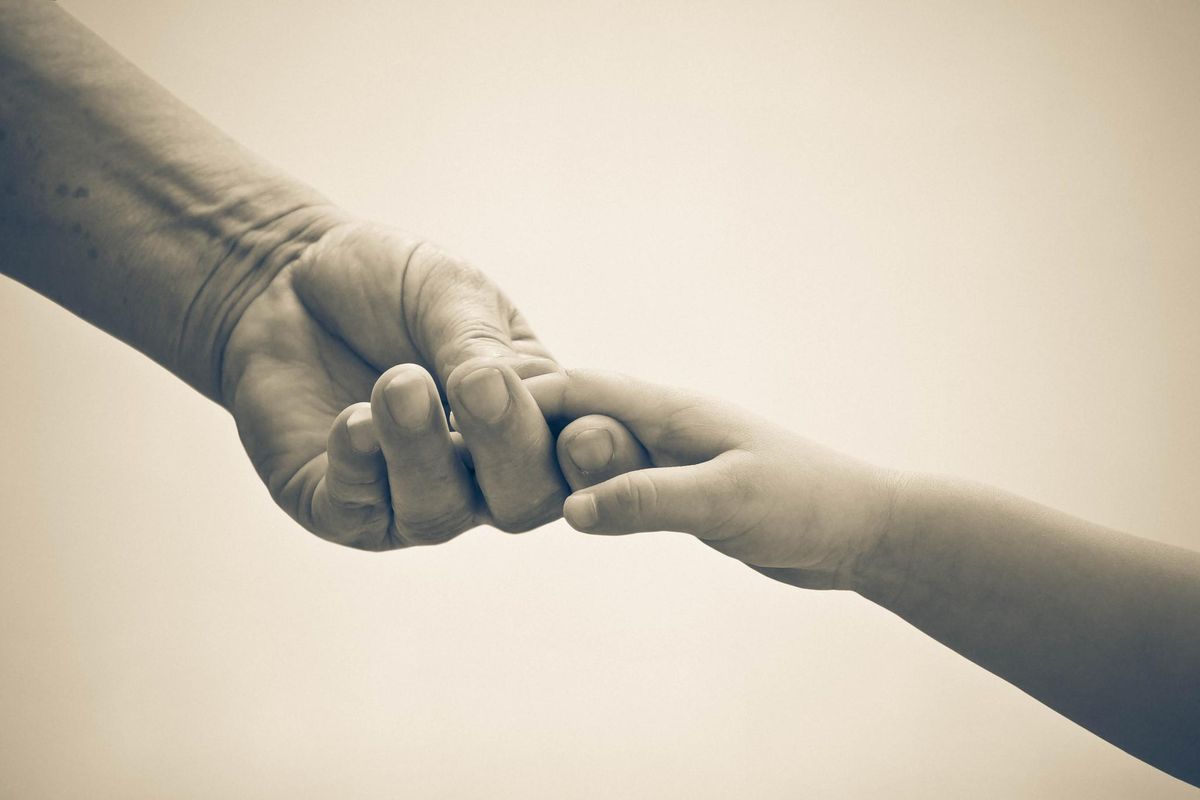 By Carine Mardorossian, University at Buffalo

One of the most devastating elements of the coronavirus pandemic has been the inability to personally care for loved ones who have fallen ill.

Again and again, grieving relatives have testified to how much more devastating their loved one's death was because they were unable to hold their family member's hand – to provide a familiar and comforting presence in their final days and hours.

Some had to say their final goodbyes through smartphone screens held by a medical provider. Others resorted to using walkie-talkies or waving through windows.

How does one come to terms with the overwhelming grief and guilt over the thought of a loved one dying alone?

I don't have an answer to this question. But the work of a hospice doctor named Christopher Kerr – with whom I co-authored the book “Death Is But a Dream: Finding Hope and Meaning at Life's End" – might offer some consolation.

At the start of his career, Dr. Kerr was tasked – like any and all physicians – with attending to the physical care of his patients. But he soon noticed a phenomenon that seasoned nurses were already accustomed to. As patients approached death, many had dreams and visions of deceased loved ones who came back to comfort them in their final days.

Doctors are typically trained to interpret these occurrences as drug-induced or delusional hallucinations that might warrant more medication or downright sedation.

But after seeing the peace and comfort these end-of-life experiences seemed to bring his patients, Dr. Kerr decided to pause and listen. One day, in 2005, a dying patient named Mary had one such vision: She began moving her arms as if rocking a baby, cooing at her child who had died in infancy decades prior.

To Dr. Kerr, this didn't seem like cognitive decline. What if, he wondered, patients' own perceptions at life's end mattered to their well-being in ways that should not concern just nurses, chaplains and social workers?

What would medical care look like if all physicians stopped and listened, too?

So at the sight of dying patients reaching and calling out to their loved ones – many of whom they had not seen, touched or heard for decades – he began collecting and recording testimonies given directly by those who were dying. Over the course of 10 years, he and his research team recorded the end-of-life experiences of 1,400 patients and families.

What he discovered astounded him. Over 80% of his patients – no matter what walk of life, background or age group they came from – had end-of-life experiences that seemed to entail more than just strange dreams. These were vivid, meaningful and transformative. And they always increased in frequency near death.

They included visions of long-lost mothers, fathers and relatives, as well as dead pets come back to comfort their former owners. They were about relationships resurrected, love revived and forgiveness achieved. They often brought reassurance and support, peace and acceptance.

I first heard of Dr. Kerr's research in a barn.

I was busy mucking my horse's stall. The stables were on Dr. Kerr's property, so we often discussed his work on the dreams and visions of his dying patients. He told me about his TEDx Talk on the topic, as well as the book project he was working on.

I couldn't help but be moved by the work of this doctor and scientist. When he disclosed that he was not getting far with the writing, I offered to help. He hesitated at first. I was an English professor who was an expert in taking apart the stories others wrote, not in writing them myself. His agent was concerned that I wouldn't be able to write in ways that were accessible to the public – something academics are not exactly known for. I persisted, and the rest is history.

It was this collaboration that turned me into a writer.

I was tasked with instilling more humanity into the remarkable medical intervention this scientific research represented, to put a human face on the statistical data that had already been published in medical journals.

The moving stories of Dr. Kerr's encounters with his patients and their families confirmed how, in the words of the French Renaissance writer Michel de Montaigne, “he who should teach men to die would at the same time teach them to live."

I learned about Robert, who was losing Barbara, his wife of 60 years, and was assailed by conflicting feelings of guilt, despair and faith. One day, he inexplicably saw her reaching for the baby son they had lost decades ago, in a brief span of lucid dreaming that echoed Mary's experience years earlier. Robert was struck by his wife's calm demeanor and blissful smile. It was a moment of pure wholeness, one that transformed their experience of the dying process. Barbara was living her passing as a time of love regained, and seeing her comforted brought Robert some peace in the midst of his irredeemable loss.

For the elderly couples Dr. Kerr cared for, being separated by death after decades of togetherness was simply unfathomable. Joan's recurring dreams and visions helped mend the deep wound left by her husband's passing months earlier. She would call out to him at night and point to his presence during the day, including in moments of full and articulate lucidity. For her daughter Lisa, these occurrences grounded her in the knowledge that her parents' bond was unbreakable. Her mother's pre-death dreams and visions assisted Lisa in her own journey toward acceptance – a key element of processing loss.

When children are dying, it is often their beloved, deceased pets that make appearances. Thirteen-year-old Jessica, dying of a malignant form of bone-based cancer, started having visions of her former dog, Shadow. His presence reassured her. “I will be fine," she told Dr. Kerr on one of his last visits.

For Jessica's mom, Kristen, these visions – and Jessica's resulting tranquility – helped initiate the process she had been resisting: that of letting go.

Isolated but not alone

The health care system is difficult to change. Nevertheless, Dr. Kerr still hopes to help patients and their loved ones reclaim the dying process from a clinical approach to one that is appreciated as a rich and unique human experience.

Pre-death dreams and visions help fill the void that may otherwise be created by the doubt and fear that death evokes. They help the dying reunite with those they have loved and lost, those who secured them, affirmed them and brought them peace. They heal old wounds, restore dignity, and reclaim love. Knowing about this paradoxical reality helps the bereaved cope with grief as well.

As hospitals and nursing homes continue to remain closed to visitors because of the coronavirus pandemic, it may help to know that the dying rarely speak of being alone. They speak of being loved and put back together.

There is no substitute for being able to hold our loved ones in their last moments, but there may be solace in knowing that they were being held.