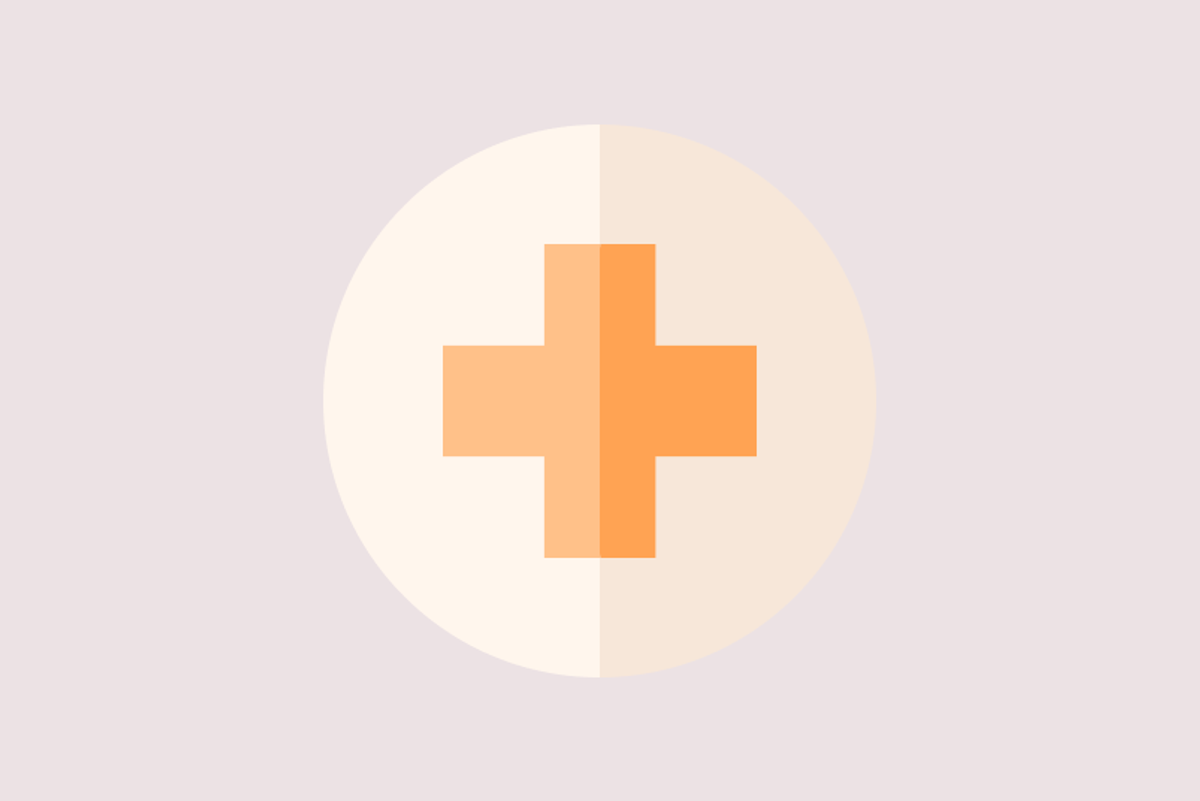 What Is It?
Chiropractic care primarily involves manual manipulation, which restores joint mobility, as a treatment option for musculoskeletal disorders and as a way to improve overall health.

The term "chiropractic" comes from the Greek language and means "done by hand." Chiropractic care primarily involves manual manipulation, which restores joint mobility, as a treatment option for musculoskeletal disorders and as a way to improve overall health. The spine is the primary focus, but manipulation can also be effective for other parts of the musculoskeletal system (MSS) such as extremities, including ankles, knees, hips, wrists, elbows, shoulders and ribs.

Chiropractors stress the importance of the relationship between the musculoskeletal system and the nervous system in regaining and sustaining health. Doctors of chiropractic—commonly referred to as chiropractors or chiropractic physicians—use adjustments, joint manipulation and other techniques to normalize spinal and neural function, relieve various disorders and promote your body's natural healing process. Chiropractic treatment involves neither drugs nor surgery, and most chiropractors will advise you to consult with another health care professional if your condition requires a different type of treatment or if comanagement of your condition is appropriate.

Doctors of chiropractic believe in a holistic ("total person") approach to healing, which typifies the new and changing attitude toward health. It is based on the concept of "maintaining health" versus "treating disease." Chiropractic philosophy includes:

According to the 2007 National Health Interview Survey, an estimated 8 percent of adults and 3 percent of children received chiropractic care the previous year. This translates to more than 18 million adults and 2 million children. The practice is licensed in every state and the District of Columbia. According to the Bureau of Labor Statistics, there were about 52,600 licensed chiropractors practicing in the United States in 2010. Many other countries also recognize and regulate chiropractic, including Canada, Mexico, Great Britain, Australia, Brazil and Switzerland.

Spinal manipulation has been practiced for thousands of years, and modern chiropractic care is more than a century old. Modern chiropractic was initially established by Daniel David Palmer, who was seeking a way to cure disease without using drugs. Palmer concluded that most disease results from spinal misalignment (a concept that has since been discarded in the light of new evidence) and that many ailments are caused by the vertebrae impinging on spinal nerves. This impingement or blockage, he said at the turn of the 19th century, interferes with natural nerve transmission. He termed this condition "subluxation." Subluxation, he said, should be treated with manipulations or adjustments to properly align the spine and eliminate the interference, restoring nerve transmission and allowing the body to heal itself. Palmer, however, was open to new scientific findings, something that was unusual at the turn of the 19th century.

While some chiropractors limit their practices to strictly pain management (i.e., back pain, headache and similar musculoskeletal complaints), some extend their practices to treat a wider range of conditions, including those unrelated to the musculoskeletal system. Most doctors of chiropractic now focus on preventive care, which may include therapeutic and rehabilitative exercises, as well as nutritional, dietary and lifestyle counseling.

Many chiropractors also address problems unique to women, suggesting chiropractic care for pregnant and postpartum women, as well as those suffering from premenstrual syndrome and menstrual cramps. The Journal of Manipulative and Physiological Therapeutics reported that spinal manipulation might provide short-term relief from menstrual pain.

Chiropractic neurologists are a growing specialty, treating patients with a variety of conditions, including hyperactivity, attention deficit disorder and autism.

Chiropractors also may treat sciatica (pain in the lower back and hip that spreads down the back of the thigh into the leg), asthma, high blood pressure, tension headaches, carpal tunnel syndrome, osteoporosis, temporomandibular joint dysfunction (TMD) and neurological pain. Some of these conditions are treated directly, such as tension headaches, and others indirectly, such as osteoporosis, by addressing the symptoms.

However, conditions of the blood, heart, lungs and other organs, as well as infectious diseases or injuries, require treatment by other medical health care professionals. If you are under the care of a specialist, discuss your interest in chiropractic treatment with your health care team. For many conditions, such as lower back pain, chiropractic care may be the primary method of treatment. When other health conditions exist, chiropractic care may complement or support medical treatment by relieving the musculoskeletal aspects associated with the condition.

Medical and chiropractic physicians have been building bridges for many years now. In the vast majority of cases, you should have no difficulty attaining cooperation between a medical and a chiropractic doctor.

Chiropractors can bill Medicare for select services, and more than two dozen states cover chiropractic treatment under Medicaid. Chiropractic care is available to members of the armed forces at more than 60 military bases in the United States and is a covered benefit for America's veterans at 36 Veterans Administration health facilities. Further, the Internal Revenue Service includes chiropractic services as a valid medical deduction.
Respect for chiropractic has increased because of the therapy's track record as an appropriate treatment, particularly for early stage lower-back pain, which is the second most costly medical problem in America. The Journal of the American Medical Association reported that chiropractic manipulation has been shown to have a "reasonably good degree of efficacy in relieving back pain, headaches and similar musculoskeletal problems."

One way to find a chiropractor is to ask for a referral from your primary health care professional. However, some may be reluctant to give a referral. Discuss his or her reservations and then consider seeking another opinion. You don't need a health care professional's referral to see a chiropractor, unless required by your health insurance. Family members, friends or coworkers also may be able to make a recommendation. If you're concerned about your visit being covered by your insurance, check your benefits first, before making an appointment.

Other sources for locating chiropractic care include:

Call your state's Board of Chiropractic Examiners (or comparable state agency) to find out if a chiropractor you're interested in seeing is licensed or has been the subject of any disciplinary action.

During your first visit, your doctor of chiropractic will complete a thorough examination that typically includes:

Depending on your condition, diagnostic studies can help diagnose conditions more accurately. The most common ones used by chiropractors include X-ray, magnetic resonance imaging (MRI) and laboratory tests.

Some chiropractors may want you to undergo a full spinal X-ray to identify subluxations, but this practice is controversial even among chiropractors. There are specific well-documented reasons for performing X-rays. A reputable chiropractor will X-ray only the patients who require it. Feel free to question your chiropractor about the need for X-rays in your case, about the percentage of patients X-rayed in his or her office or about any other diagnostic or treatment procedure that is unclear to you. If there are indications of gross spinal problems obviously relating to structural abnormalities, such as scoliosis (a condition in which the spine is abnormally curved), a full spinal X-ray may be needed to show the more complete postural picture.

The combination of the medical history, examination and diagnostic studies will allow your chiropractor to reach a specific diagnosis, which will help the doctor of chiropractic determine whether your condition or pain may respond to chiropractic care.

The chiropractor should explain:

If your chiropractor determines that your condition would be more appropriately treated by another health care professional, he or she will make the proper referral. Your treatment plan may also involve collaborative care with other health care providers, such as your primary care physician, a physical therapist or a neurologist.

Chiropractic care is not—and does not claim to be—the appropriate primary treatment for infections, cancer or chronic conditions like high blood pressure. This doesn't mean that if you have these conditions, you shouldn't visit a chiropractor. It simply means that these particular diseases or conditions also need treatment from a traditional medical health care professional.

A chiropractic appointment generally takes 15 to 30 minutes, but your first visit will last an hour or so, since the chiropractor will take time to discuss and record your health history, perform other preliminary procedures, make a diagnosis and develop a treatment plan. You may or may not receive treatment on your first visit.

Your doctor of chiropractic will adapt the treatment plan to meet your specific needs. The chiropractor most often uses his or her hands to manipulate the joints of the body, particularly the spine, to reduce pain and restore or enhance joint function, but in some instances, a device (called an activator) is used. The adjustment generally consists of an expertly designed movement to the joint. You'll most likely hear a popping sound—similar to the cracking of your knuckles. This should not cause any pain and often produces immediate relief.

Other treatments may also be used including therapeutic ultrasound, electrical muscle stimulation, ice and heat, traction (including a specific type of traction referred to as spinal decompression), soft-tissue massage and rehabilitative exercises.

Heat can help relax muscle spasms and relieve chronic pain; ice reduces inflammation and swelling. Ultrasound involves the use of high-frequency sound waves on soft-tissue injuries. The sound waves penetrate and may warm tissues deep in the body. Electrical muscle stimulation uses an electric current to reduce pain and muscle spasm. The chiropractor may also recommend a regimen of at-home exercises.

The extent and duration of the patient's problems coupled with the hands-on nature of the chiropractic treatment may require numerous visits. Your doctor of chiropractic should tell you how long you can expect the treatment to last. Treatment may involve several visits a week for two or three weeks or more. Chiropractic care is usually most effective (especially for low-back symptoms) in the first few weeks. If you don't feel like the treatments are working after a few weeks of receiving them, you should report this to your chiropractor.

With the popping, you will probably feel a sense of relief. A few patients report experiencing some muscular soreness or mild discomfort, particularly if the body is tense or if the surrounding muscles are in spasm. Don't worry if you are sore after an adjustment—it's perfectly normal and usually can be relieved by putting a cold pack on the sore area. But if the pain continues more than a day or two, you should call your chiropractor. He or she may need to change your treatment. Many people say they feel relaxed and exhilarated after an adjustment—and that's also normal.

Potential side effects of chiropractic depend on the type of treatment used, as well as the duration and severity of the problem, and may include temporary headaches, fatigue and soreness in the area that was manipulated. The chances of serious complications, such as stroke, are extremely low. However, there have been some reported cases of paralysis, blindness and, very rarely, even death following chiropractic care. The American Chiropractic Association stresses that when an adverse reaction does occur, it is often the result of the procedure being performed by someone inadequately trained in spinal manipulation, rather than by a licensed chiropractor.

Review the following Questions to Ask about chiropractic so you're prepared to discuss this important health issue with your health care professional.

For information and support on Chiropractic, please see the recommended organizations and Spanish-language resources listed below.