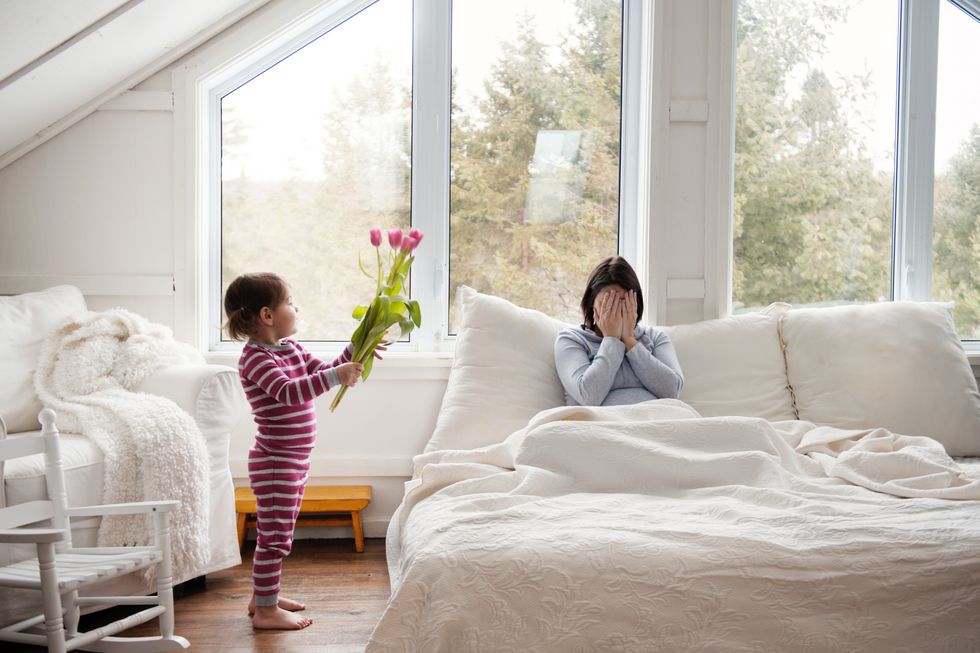 Happy Mother's Day! While we may not be celebrating how we normally do with big family brunches or gatherings, we can still take time to honor these important women in our lives. This yearly holiday is thanks to Anna Jarvis who wanted society as a whole to give moms their due. As a result, on the second Sunday in May, children around the country honor their moms.

Here is how the holiday came to be.

After her mother died, Anna began working to create Mother's Day. In 1910, she succeeded, when her home state, West Virginia, set aside a day to honor mothers and became the first state to officially recognize the holiday.

Anna's mother, Ann Reeves Jarvis, worked as a health and peace activist, caring for wounded soldiers on both sides of the Civil War. She reached out to other women after the war in an effort to unite the Union and Confederate soldiers with Mother's Friendship Day picnics and other events. That was just one of her many ways to help people.

To address public health issues, she created a series of women's organizations groups, called Mother's Day Work Clubs. These groups raised money for medicine; hired women to work for families whose mothers suffered from tuberculosis; and worked to lower infant mortality by fighting disease and inspecting bottled milk and food. Jarvis forged on, despite the loss of eight of her 12 children, who never made it to adulthood.

But less than a decade after the national designation of Mother's Day in 1914, Anna Jarvis began fighting to have it rescinded. She resented its commercialization. Her initial intention to encourage people to write personal letters expressing gratitude and love was thwarted by manufactured cards and gifts.

Here we are, many years later, and the holiday has dug in its heels and is still celebrated. Cards, candy, flowers and gifts abound. Although the celebrations that take place on the second Sunday of May each year are not exactly what Anna Jarvis had in mind, many mothers and their families appreciate and enjoy the holiday.

It's hard to argue that Mother's Day hasn't been commercialized when you consider that in 2019, it was estimated that Americans spent nearly $25 billion in celebration of the holiday. On the flip side, many mothers are happy just to get breakfast in bed and a day of relaxation—their only responsibility being to sit back and be pampered for a full day. No other worries … pure bliss.

Still, gift giving is a tradition. According to a 2020 National Retail Federation survey, Americans will spend an average of $205 on their mothers this year. Considering social distancing due to COVID-19, categories like books, electronics and gardening or housewares are at the highest they have been in over a decade as consumers look to gift items mom can easily use while at home.

However you are planning to celebrate Mother's Day, we wish you a wonderful day!