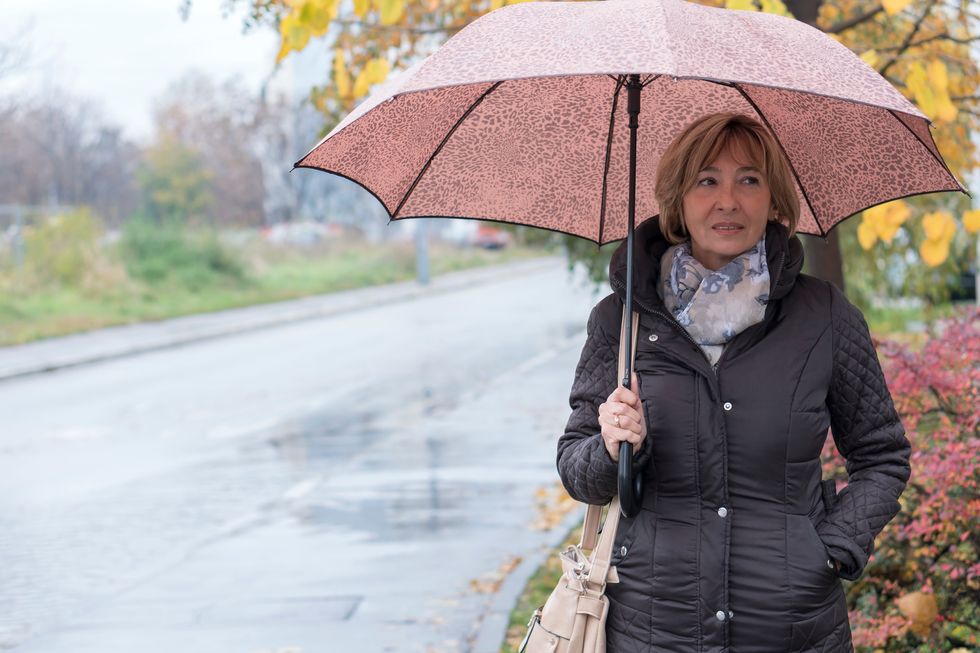 Rain May Not Cause Achy Joints After All

Rain May Not Cause Achy Joints After All

Many people insist their joints ache more when it rains. But that popular notion might be all wet, a new study suggests.

WEDNESDAY, Dec. 13, 2017 (HealthDay News)—Many people insist their joints ache more when it rains. But that popular notion might be all wet, a new study suggests.

The study of more than 1.5 million older Americans found that people were no more likely to visit the doctor with joint or back pain during rainy weeks than sunny ones.

Even among people with arthritis, there was no connection between rainfall and patient complaints about aches and pains.

"No matter how we analyzed it, we didn't see a relationship," Jena said.

The idea that weather affects bodily symptoms goes back to ancient times, he noted. And still today, many people firmly believe that certain weather conditions make their joint pain worse.

Rainfall, as well as humidity and changes in barometric pressure, are among the conditions that most often catch the blame.

"This is such a common belief," Jena said. And some studies, he added, have suggested there's something to it. But they have been small.

The researchers turned to records from more than 1.5 million Medicare beneficiaries, detailing 11 million-plus doctor visits between 2008 and 2012. They then matched that information with rainfall data from U.S. weather stations.

Overall, the study found, patients were no more likely to complain of joint or back pain on rainy days versus sunny days. Pain was indicated in just over 6 percent of patient records on both rainy days and dry days.

There was also no evidence that patients had more aches and pains when their office visit came during a week of heavy rainfall.

That was true even when the investigators focused on older adults with rheumatoid arthritis—an autoimmune disease that causes inflammation in joints and other tissue throughout the body.

But do the findings disprove any connection between rainfall and joint pain?

No, Jena said. "This is not to say a relationship doesn't exist," he noted.

Dr. Chap Sampson, a member of the American College of Rheumatology, agreed.

That's because the study looked only at visits to the doctor. Sampson said that will miss the many people who manage extra aches with "self-care."

Plus, he said, even if a person has symptoms on a rainy day, then calls the doctor, the appointment is not necessarily going to happen any time soon.

Sampson, a rheumatologist at Washington Regional in Fayetteville, Ark., said that in his experience, most patients believe weather affects their symptoms.

"They bring it up all the time," he said.

Rainfall is not always the culprit though, Sampson added. Some patients think that temperature drops, for example, exacerbate their pain.

Jena stressed that his study looked only at rainfall. He added that "extreme weather”—very cold or very hot days—may have greater effects on bodily pain.

Since no one can change the weather, what can people do if they believe it affects their symptoms?

Sampson said his advice is to regularly do things that help control arthritis pain—such as walking for exercise.

Jena said he did not expect his team's findings to change people's minds about their own experience.

Still, Jena said, people might want to examine their beliefs. How often do they have pain on a sunny day? Is it possible they are just noticing pain more on rainy days? Or could there be something else about those rainy days that is feeding their aches?

It's part of human nature to be biased toward seeing certain patterns, he suggested.

"If people have been saying for generations that when it rains, joints ache, you'll be prone to believing it," Jena said. Then, if your knee hurts on a rainy day, you'll notice it. But if you're pain-free on a rainy day—or have aches on a dry day—you might forget it.

"People can read patterns where there aren't any," Jena said.

The findings were published online Dec. 13 in BMJ.

Psoriatic Arthritis Can Put You at Risk for Other Health Problems