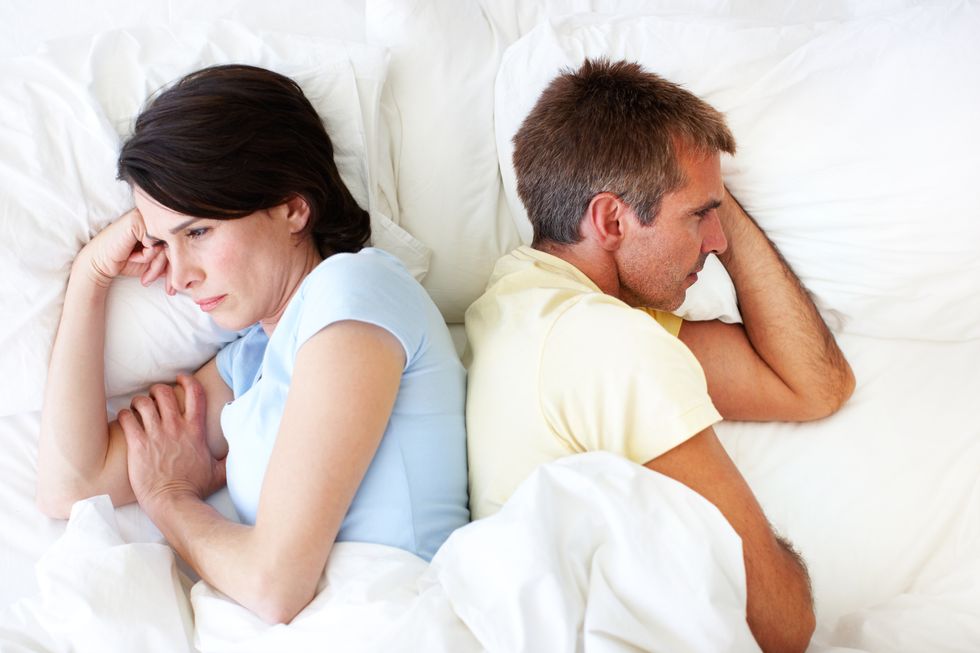 People Are Having Less Sex

"Not tonight" seems to be an increasingly familiar refrain in America's bedrooms, according to a new study that found people are having less sex than they previously did.

TUESDAY, March 7, 2017 (HealthDay News)—“Not tonight" seems to be an increasingly familiar refrain in America's bedrooms, according to a new study that found people are having less sex than they previously did.

For married couples, the survey had even more potentially discouraging news—people who were married or lived together had sex 16 fewer times a year in 2010-2014 than in 2000-2004.

"These data show a major reversal from previous decades in terms of marriage and sex," said study author Jean Twenge, a professor of psychology at San Diego State University.

And here's another twist: younger Americans are having less sex than their parents or grandparents did when they were younger.

"Despite their reputation for hooking up, millennials and the generation after them [known as iGen or Generation Z] are actually having sex less often than their parents and grandparents did when they were young," Twenge said. "That's partially because fewer iGen'ers and millennials have steady partners."

The researchers also found that age is a major factor. People in their 20s have sex more than 80 times a year. By age 45, that falls to 60 times a year. And, at 65, that number is just 20 times a year. Each year after the peak of sexual frequency at 25, sexual activity decreases about 3 percent.

"Older and married people are having sex less often—especially after 2000," Twenge said. "In a previous paper, we found that the happiness of adults over age 30 declined between 2000 and 2014. With less sex and less happiness, it's no wonder that American adults seem deeply dissatisfied these days."

The findings were published March 7 in the Archives of Sexual Behavior.