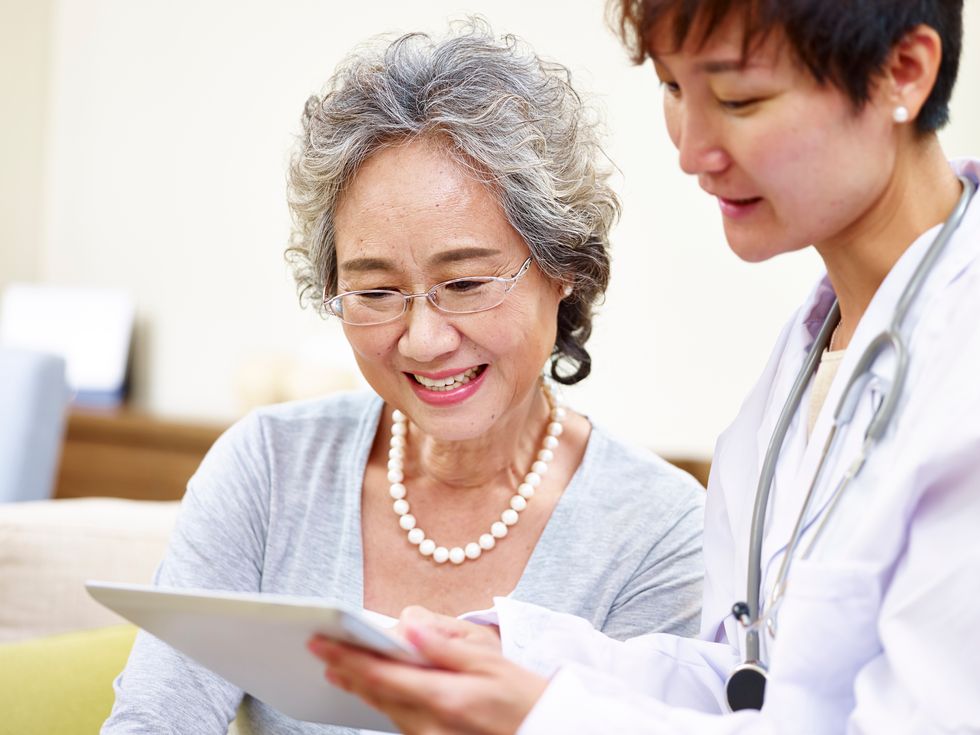 Do You Talk With Your Patients About Overactive Bladder?

Do You Talk With Your Patients About Overactive Bladder?

If your patients have sudden and unexpected urges to urinate, then you may want to talk with them about overactive bladder, or OAB.

Do your patients often have that sudden "gotta go" feeling that makes them nervous they’ll leak urine if they don't get to a bathroom right away? If so, they may have overactive bladder (OAB).

What Is Overactive Bladder?

OAB is not a disease. It's the name given to a group of troubling urinary symptoms. The most common is a sudden and unexpected urge to urinate that can't be controlled. In some people, this "gotta go" feeling may result in urine leakage (incontinence). In others, it may not.

OAB affects millions of men and women. Some experts estimate as many as 30 percent of men and 40 percent of women in the United States live with OAB symptoms. But the number of people suffering from OAB may be much larger. That's because many people living with the condition don't ask for help.

"A lot of people don't talk to their doctors because they're embarrassed about their symptoms or because they don't know there are treatment options," says Kathleen Kobashi, MD, chief of urology at Virginia Mason Medical Center in Seattle, Washington. "But there are plenty of things we can do to help. If you are having difficulty with OAB symptoms, talk to your health care provider today."

The risk for OAB increases as one gets older. Women who have gone through menopause and men who have had prostate issues are also at higher risk. Conditions affecting the brain or spinal cord, such as multiple sclerosis or stroke, also raise the risk for OAB. Food and drinks, such as caffeine, artificial sweeteners, alcohol and very spicy foods, can bother the bladder and make symptoms worse.

How OAB Can Affect Your Patient's Life

OAB can get in the way of your patient’s work, social life and sleep. Without treatment, symptoms may make it hard to get through the day without having to make many trips to the bathroom. Your patients may feel nervous about going out with friends or doing daily activities because they are afraid they may not be able to find a bathroom when they need one. OAB patients may shy away from social events and spending time with their spouse or family.

This can result in feeling lonely and isolated and may affect their relationships with loved ones. OAB can also deprive people of a good night's sleep, leaving them feeling tired and depressed.

Getting More Information From Your Patients

When a patient tells you she has OAB symptoms, you should ask her to describe her symptoms. You may choose to refer her to a specialist, such as a urologist. Questions to consider asking are about medical history and symptoms—what they are, how long they've been having them and how they are affecting daily life. Gather information about past and current medical problems, as well as diet, including what they drink and how much they drink.

Many providers choose to give a physical exam to check for problems that may be causing OAB symptoms.

Another useful tool is to ask your patients to keep a "bladder diary," where they record how often they go to the bathroom and any time they leak urine. Other tests, such as a urine test, to look for infection or blood are also commonly used. In some cases, health care providers choose to do an ultrasound to see how much urine is still in the patient's bladder after they go to the bathroom.

There are many treatment options for OAB. You may use just one treatment or several at the same time. Treatments include lifestyle changes, medications and other therapies.

The Truth About OAB

Knowledge is power! Don't let myths about OAB prevent your patients from getting the help they need. Learn the truth about OAB:

It's Time to Talk About OAB, by the Urology Care Foundation, gives you the information you need to manage this problem. It costs nothing, is offered in English and Spanish, and is based on up-to-date clinical guidelines. It includes:

Please take a look at It's Time to Talk About OAB or any of our resources when you need help with urinary problems. Don't let OAB get in the way of your patients' lives.

This resource is provided by the Urology Care Foundation, the official Foundation of the American Urological Association.