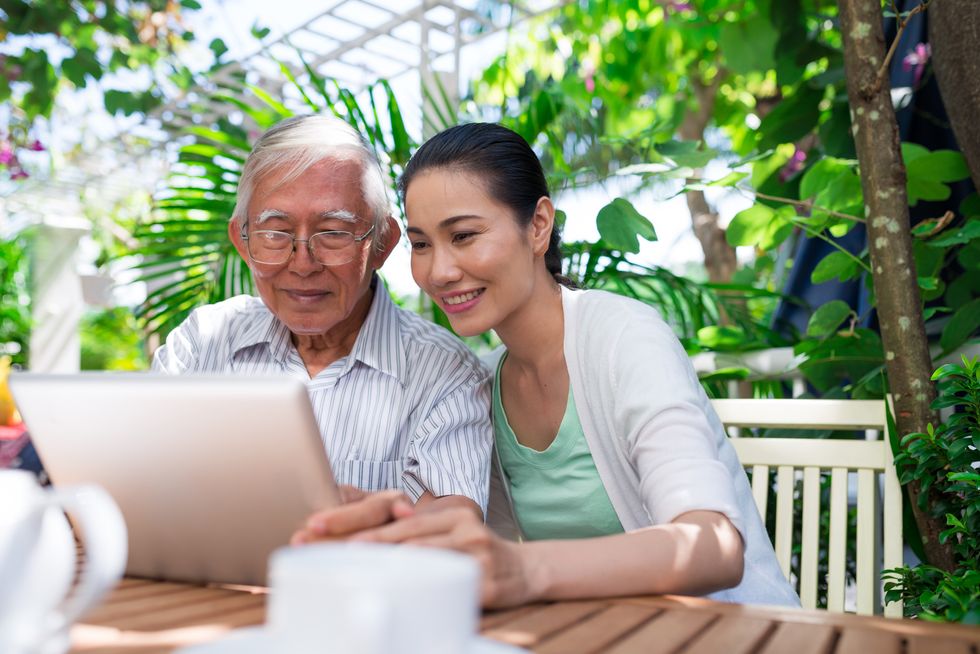 Dad Can Pass on Ovarian Cancer Genes, Too

Dad Can Pass on Ovarian Cancer Genes, Too

A gene mutation that's passed down from a father is associated with earlier onset of ovarian cancer in daughters and prostate cancer in the father and his sons, a new study suggests

FRIDAY, Feb. 16, 2018 (HealthDay News)—A gene mutation that's passed down from a father is associated with earlier onset of ovarian cancer in daughters and prostate cancer in the father and his sons, a new study suggests.

Previous research had shown that sisters of women with ovarian cancer have a higher risk for the disease than their mother, but the reasons for this were unclear.

"Our study may explain why we find families with multiple affected daughters: Because a dad's chromosomes determine the sex of his children, all of his daughters have to carry the same X chromosome genes," said study author Kevin Eng. He's an assistant professor of oncology at Roswell Park Comprehensive Cancer Center, in Buffalo, N.Y.

Eng's team decided to look at whether genes on the X chromosome passed down from the father might influence a daughter's risk of ovarian cancer.

The researchers examined data about pairs of granddaughters and grandmothers. They also sequenced portions of the X chromosome from 186 women affected by ovarian cancer.

Further investigation led the researchers to a previously unknown mutation on the X chromosome that may be associated with cases of ovarian cancer that develop more than six years earlier than average.

The findings suggest that a gene on the X chromosome may increase a woman's risk of ovarian cancer, independent of other known risk genes, such as the BRCA genes. But the researchers did not prove that this gene causes ovarian cancer risk to rise.

Further research is needed to confirm the identity and function of this gene, the study authors added.

The study was published Feb. 15 in the journal PLoS Genetics.

"What we have to do next is make sure we have the right gene by sequencing more families," Eng said in a journal news release.

"This finding has sparked a lot of discussion within our group about how to find these X-linked families," Eng said. "It's an all-or-none kind of pattern: A family with three daughters who all have ovarian cancer is more likely to be driven by inherited X mutations than by BRCA mutations."