Dr. Monica Mallampalli is an independent scientific consultant and a long-term advocate for advancement of women's health research. She has 15 years of progressive experience in science, advocacy and management and has worked in the government and non-profit sector. Dr. Mallampalli has broad subject matter expertise in several health areas including cardiovascular disease, musculoskeletal health, mental health, breast cancer, Alzheimer's disease, clinical trials, sleep health and urological health. She likes to combine her understanding of complex scientific issues with her strong analytic and problem-solving skills to help better advocate, communicate and educate the scientific community, policymakers and the advocacy community.

Dr. Mallampalli has been interviewed by the media on several occasions to discuss women's health issues, including a live segment on the NBC Today Show to provide expert opinion about women's sleep health. Dr. Mallampalli has authored many publications in scientific journals and magazines including advocacy reports on topics related to women's health. She has been invited on several occasions as a guest speaker at both science and policy forums.

Previously, Dr. Mallampalli served as the Vice President of Scientific Affairs at the Society for Women's Health Research (SWHR®) where she provided strategic vision and leadership role towards developing and executing scientific initiatives related to women's health and sex-based biology research. Prior to working at SWHR, Dr. Mallampalli served as a Health Science Policy Analyst at the National Institute of Mental Health (NIMH) and as a Research Fellow at the National Institute of Diabetes and Digestive and Kidney Diseases (NIDDK). She was also a Post-doctoral Fellow at The Johns Hopkins University School of Medicine's Department of Cell Biology. She earned her PhD at the University of Utah in Human Genetics and received a Master of Sciences with a concentration in Biochemistry from Osmania University in India. 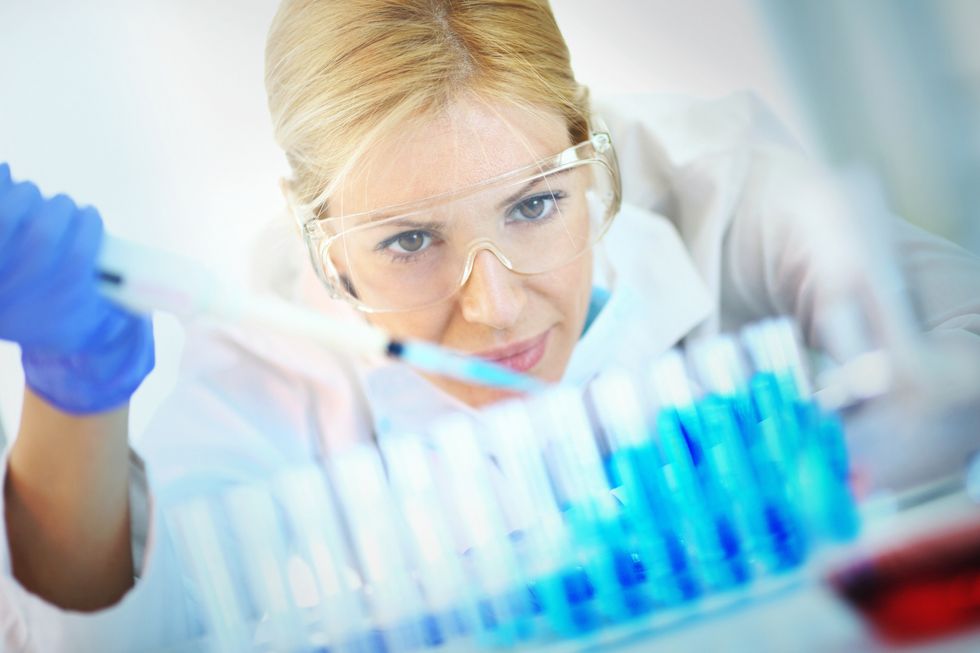 Biosimilars are powerful, life-changing medicines. Many chronic, debilitating autoimmune diseases that affect women in greater numbers than men, such as lupus and rheumatoid arthritis, can now be treated with biosimilars, as can breast cancer.

This Op-Ed first appeared at the Center for Biosimilars

The cost of prescription drugs in this country is high and continues to increase. Estimates vary, but a recent Health Affairs analysis put spending for prescription drugs in the US at $480 billion in 2016, about 15 percent of overall health care spending that year.1 That amount is expected to increase 2 percent to 5 percent per year over the next 5 years, far exceeding medical inflation.2

Much of the cost is related to highly complex biologic medicines that target diseases such as autoimmune conditions and cancer. In 2020, it is estimated that specialty medications will account for half of all drug spending in the United States, even though just 1 percent to 2 percent of Americans use them.3 The increase comes not just from the introduction of new drugs, but from manufacturers increasing the cost of existing drugs.

All of these facts are of particular concern to women. Not only are we the gatekeepers to health care for our families, but we use far more health care than men and often have fewer financial resources to pay for it. Indeed, according to a report by Biosimilars Council in 2017, we make up 67 percent of the patient population for most specialty drugs, given our higher rates of autoimmune diseases and certain cancers. One of the key findings of the council's report is that biosimilars would give women greater access to biological therapies at a lower cost.

The entrance of biosimilars into the US market was supposed to address the cost crisis. A 2018 RAND report estimated up to $54 billion in cost savings from biosimilars in the United States between 2017 and 2026, about 3 percent of total biologic spending.4

That promise is still far on the horizon, however. Even though the FDA has approved 25 biosimilars to date, just a handful are on the market. With little competition, the price differential is typically only about 15 percent less than the wholesale price of the reference product.5 Numerous other barriers are also responsible for the slow uptake, particularly knowledge gaps about the efficacy, safety, and the cost of biosimilars among health care providers and patients.

For instance, one survey of 362 members of the American Autoimmune Related Diseases Association, 96 percent of whom were living with an autoimmune disease, found that more than 80 percent did not know what biosimilar medicines were, and about 52 percent did not understand how they differed from their reference drugs.

Our own survey of about 200 women found that 70 percent did not understand biologics or biosimilars. Also, 70 percent of women surveyed were concerned about the cost of medicines, and 65 percent surveyed were very likely to use affordable medicines if they had access to them. The good news is that a majority of women surveyed knew that biosimilars are not generics. However, women also indicated that they do not believe that biosimilars were more affordable than biologics.

Another large study of 635 patients in the United States who were diagnosed with an autoimmune disease or cancer (65 percent of whom were women) found that 54 percent had never heard of biosimilars, and only 9 percent had “at least a general impression.”6

What strikes me most about this last study is the finding that the more patients knew about biosimilars, the more comfortable they were switching to one from a reference product, and the more likely they were to believe biosimilars were safe, effective, and affordable. The results, the authors wrote, demonstrated a major need for education about biosimilars. A good approach, they suggested, is through partnerships with advocacy groups, physicians, and the drug manufacturers.6

We agree. To realize the potential of biosimilars to reduce spending on specialty drugs and improve access, we must make patients and providers part of the conversation and provide the kind of education and training required to help them understand the complexities of biosimilars and their potential for improving women's lives.

We started this effort in October, when we convened the Biosimilars and Women's Health Science & Policy Forum in Washington, DC, bringing together about 60 diverse stakeholders, including women's health advocates, policy makers, clinicians, and government agency representatives, to discuss where we are today with biosimilar development in the United States. This forum exemplifies our efforts to bring together experts with varied perspectives on issues important to women's health and to instill women's voices and insights into scientific topics and areas of innovation.

The potential and promise of biosimilars are there—it is up to all of us to bring it to reality so we can expand access to safe, effective, affordable drugs for women.

Why Are Black Women More Likely to Die from Endometrial Cancer?