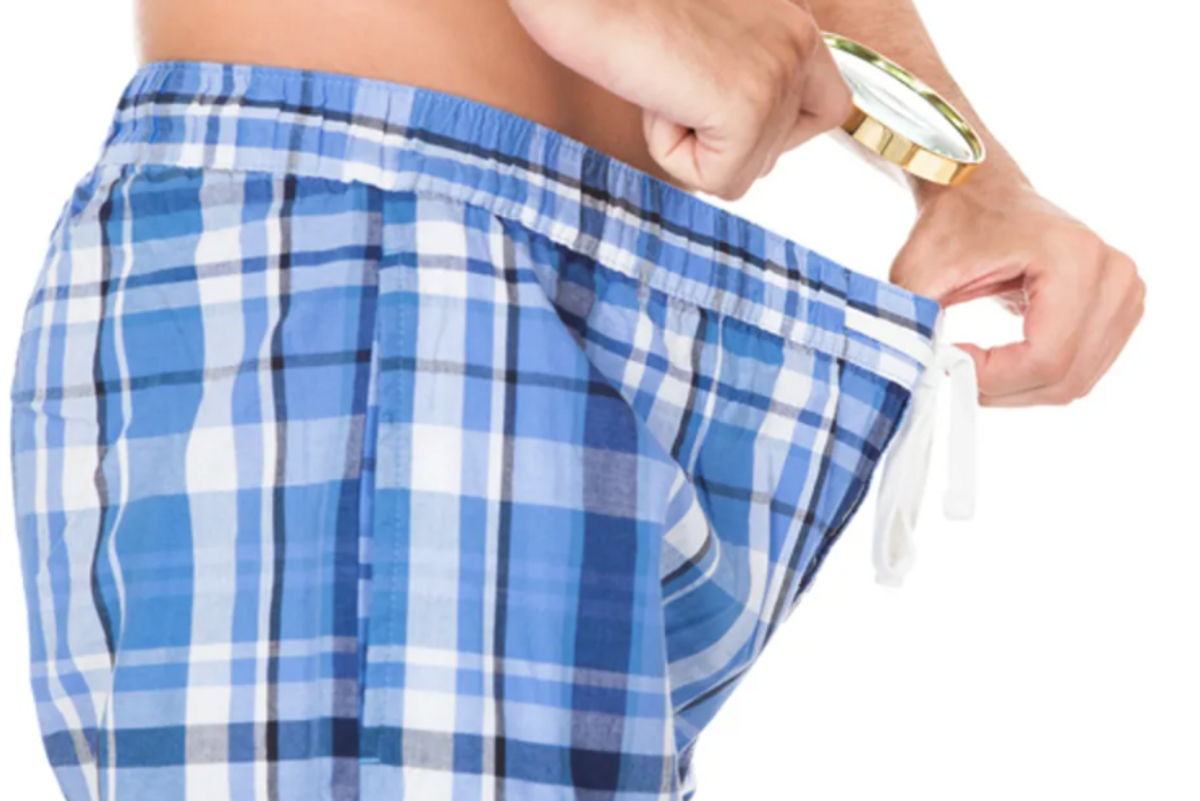 10 Things You Didn't Know About His Penis

You may know what a penis looks like and what it feels like, but how much do you really know about this interesting male organ? To educate yourself, take a look at these 10 lesser-known facts about the penis.

1. Fetuses can get erections.

It's pretty strange to think that your bun in the oven could be getting excited down there, but if it's a boy, it's true! Ultrasound scans have proven it.

2. You can't make assumptions about size.

There's no consistent relationship between the size of a flaccid penis and its full, erect length. You might think that a guy with a big penis when it's flaccid will have a gigantic penis once it's erect, but that may not be true. A penis that doesn't gain much length with an erection is known as a "show-er," and a penis that gains a lot of length with an erection is called a "grower." Most penises aren't extreme show-ers or growers.

3. The underside is the most sensitive.

Penises really can shrink—for several reasons. Smoking is one way: It can shorten a penis by as much as a centimeter because of calcified blood vessels that reduce erectile circulation. Also, penile tissue can become less elastic if a guy doesn't get regular erections, meaning his penis could shrink by a centimeter or two if he doesn't use it enough.

He probably won't want to know this, but a penis can actually break, despite not being made of bone. Vigorous intercourse or masturbation—or even falling on an erect penis—can cause a penile fracture. It's a bending injury that occurs when a membrane called the tunica albuginea tears. The tunica albuginea is what surrounds the corpora cavernosa, which is the spongy tissue inside the penis that fills up with blood during an erection. When the membrane tears, the blood that's normally confined to this space leaks out into other tissues, causing bruising and swelling. Recovering from a fracture usually involves stitches.

6. Semen is more than just sperm.

Semen is made of about 96 percent water, 2 percent sperm, fructose (which nourishes sperm), vitamin C (which helps keep sperm healthy), sodium bicarbonate (which protects sperm from the acidic environment of a vagina), various proteins and enzymes, and minerals like magnesium, phosphorus, potassium and zinc.

It doesn't take very long for a guy to finish his orgasm. Women, on the other hand, have orgasms that last for an average of 23 seconds.

8. Penises used to have spines.

This is true, but they were lost before Neanderthals and modern humans diverged. Scientists believe that the spines helped make erections faster and promoted more promiscuity. Penises with spines are common in promiscuous species like cats.

Believe it or not, only about 30 percent of men age 15 and older are circumcised worldwide. In the United States, more than half of newborn boys are circumcised in the hospital—about 58 percent.

A guy's penis size is double the length you actually see. The rest is tucked up inside the pelvis and attached to his pubic bone.