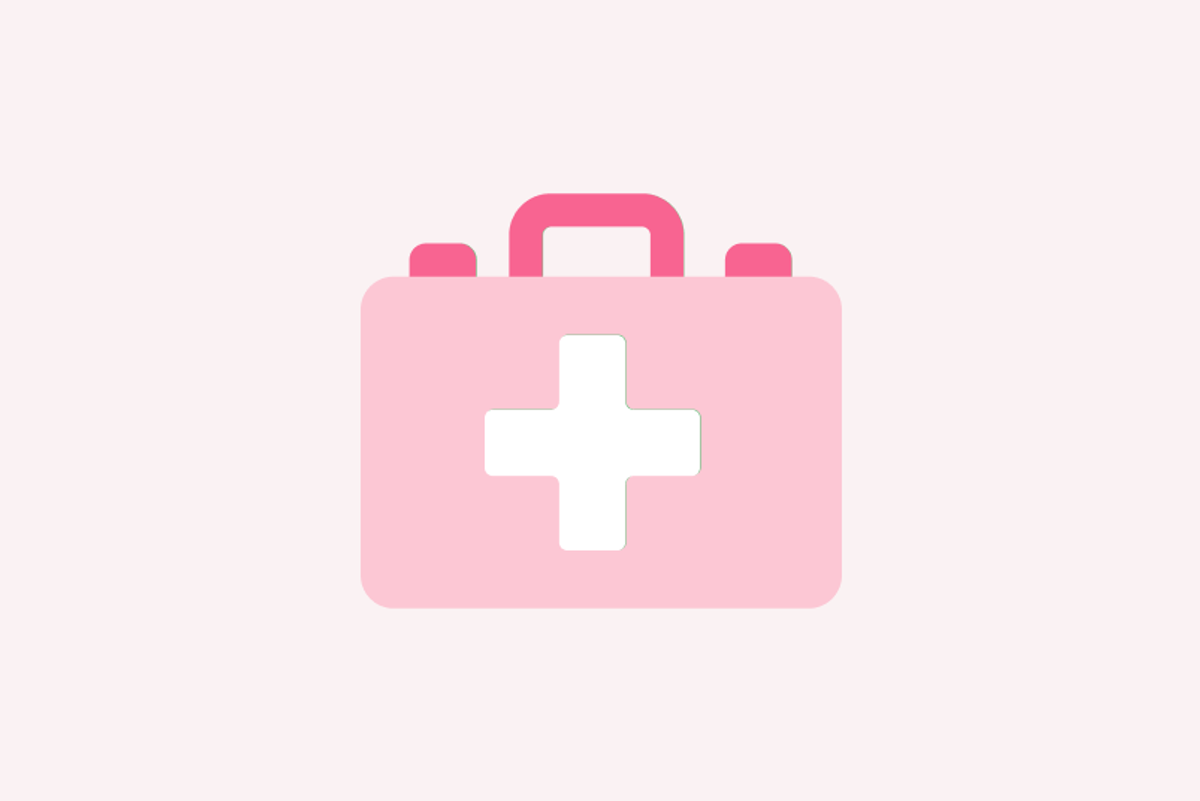 Sinusitis, a term used to describe infection or inflammation of the sinuses, affected nearly 30 million Americans in 2011, according to the United States Centers for Disease Control and Prevention (CDC). Sometimes called "sinus attacks," sinusitis may be acute (lasting for four weeks or less); subacute (lasting for four to eight weeks); chronic (lasting for more than eight weeks—or for months or years); or recurrent (attacks return several times within one year).

Many people use the terms "sinus infection" and "cold" interchangeably. Most cases of acute sinusitis do follow the common cold, but a cold doesn't cause the symptoms of sinusitis. Rather, it often sets the stage for sinusitis to develop. Fungal infections, chronic inflammation of the nasal passages caused by allergies, asthma or other conditions, structural problems and a weakened immune system can also cause sinusitis.

Your sinuses are four pairs of hollow spaces in your face that surround your nose. The frontal sinuses are over your eyes; the maxillary sinuses are inside your cheekbones; the ethmoids are between your eyes, behind the bridge of your nose; and the sphenoids are behind your eyes.

Each sinus opens into the nose and is joined with the nasal passages by a continuous mucus membrane lining. This allows mucus and air to travel freely. You feel pain in your sinuses when that free travel is blocked.

Each sinus produces its own pain when infected. For example, if your maxillary sinuses are infected, your jaw and teeth might hurt and your cheeks might be tender. Your nose might hurt or be stuffy or you could lose your sense of smell if your ethmoid sinuses are inflamed. Pain in your forehead or headache might indicate a problem with your frontal sinuses. Your sphenoid sinuses, which are the least frequently affected sinuses, can cause earaches, neck pain and a headache in the top of your head.

Most people with inflamed sinuses report having pain in several areas of the face, head or neck.

Typically, a cold lasts no more than seven to 14 days and goes away without treatment. However, when symptoms persist or don't respond to over-the-counter decongestants, this suggests that a bacterial infection has developed. Acute bacterial sinusitis can clear up on its own after several weeks. Antibiotic treatment is often used to decrease the duration and severity of sinusitis-associated symptoms. As with all medical conditions, proper diagnosis is important before starting treatment.

To diagnose sinusitis, a health care professional will typically take a medical history, examine the inside of your nose and examine your sinuses by gently pressing on them to see if they are painful or swollen. During the history, the health care professional will give special attention to previous episodes of sinus infections, asthma, allergies or other upper respiratory tract conditions. He or she may order a computerized tomography (CT) scan, a type of X-ray, of the sinuses.

Hallmark symptoms of sinusitis include:

Fever of greater than 103 degrees Fahrenheit, pain or swelling, red cheeks, redness around your eyes, severe headaches, confusion or a stiff neck are symptoms that need immediate attention by a health care professional.

Chronic sinusitis can be caused by a variety of different things including:

Allergies and infections contribute to chronic sinusitis by keeping the sinus membranes inflamed. Because of the swelling and inflammation, the sinus membranes thicken and exacerbate the obstruction and infection. The symptoms of sinusitis may also be triggered by exposure to strong-smelling chemicals, cigarette smoke, pollution, dust, mold or even strong perfume in susceptible individuals.

Structural disorders of the respiratory tract may also cause chronic sinusitis. For example, narrow drainage passages in your nose, a deviated septum or nasal polyps (growths that block the sinus passages) can all contribute to the condition.

During an examination, a health care professional should carefully assess any anatomical abnormalities that could be causing chronic sinusitis. Nasal polyps are typically noncancerous, but they can cause obstruction. Nasal steroids will often reduce the size of the polyps, but when obstruction persists, they may need to be removed. A variety of cancerous growths, although rare, are possible and require immediate treatment. They can cause nasal obstruction or bloody nasal discharge.

Often, acute sinusitis clears up after several weeks without treatment. You might be able to "wait it out" and find relief from your symptoms using over-the-counter (OTC) medications. There are many from which to choose, depending on your symptoms.

OTC medications available for sinusitis symptoms are designed to unblock nasal passages and reduce congestion, as well as relieve sinus pain and pressure. These medications include:

Nasal corticosteroids are prescription medications that include fluticasone propionate (Flonase), beclomethasone (Beconase AQ), triamcinolone acetonide (Nasacort AQ), budesonide (Rhinocort) and mometasone (Nasonex). These medications reduce secretions and swelling in the nose and may have a beneficial effect on preventing and treating sinusitis.

OTC saline nasal sprays are often the first-line treatment and prevention used to decrease congestion and wash away bacteria. They are not habit-forming. You can buy them in drugstores or make your own using 1/2 teaspoon salt and 8 ounces of warm tap water. Use twice a day, using an ear bulb syringe to irrigate each nostril with half the solution.

OTC nasal decongestant sprays relieve swollen nasal membranes almost immediately after they are used. They are effective in helping to keep nasal passages clear in the early stages of a cold. However, they shouldn't be used for more than five days because they could cause chronic irritation or dependency.

Oral decongestants, such as pseudoephedrine (Sudafed), relieve nasal swelling pressure and congestion, but they don't treat the cause of the inflammation. Some oral decongestants are packaged in combination with other pain relievers. Side effects of decongestants include high blood pressure, nervousness, sleeplessness and dizziness. Check the label for potential side effects and discuss any special conditions you may have, such as thyroid disorder or diabetes, with your health care professional before taking a decongestant.

Antihistamines dry you up and relieve the itchiness and drainage common to sinusitis, but not the sinus congestion. OTC antihistamines may cause drowsiness or grogginess. Antihistamine-decongestant combinations relieve multiple symptoms of congestion and drainage and reduce the side effects of both.

Nonmedical approaches may prove helpful in alleviating sinusitis symptoms in the short term. These include the use of steam inhalants, such as taking a steam shower, increasing the amount of fluids you drink, using humidifiers during winter and using saline nasal sprays.

OTC medications will often relieve your symptoms and may cure a sinus infection, if you've developed one. If symptoms persist for more than seven days despite OTC decongestant medications, you may have developed a bacterial sinus infection. In this case, antibiotics are often prescribed to reduce the severity of symptoms, decrease the duration of symptoms and prevent serious complications. Antibiotics prescribed by a health care professional are not necessary to cure a sinus infection but do provide some benefit over decongestant therapy alone.

Sinus infections are typically treated with the following antibiotics:

A 10-day course of treatment is typically recommended for cases of acute sinusitis, but treatment durations may vary. Often, antibiotic treatment for chronic sinusitis or an infection that is resistant to treatment will last three weeks or longer.

If your sinusitis is severe, chronic or recurrent, your health care professional might prescribe oral steroids, such as prednisone, to help reduce inflammation. Steroids do have significant side effects, however, so they are only used when other medications have proven ineffective.

About 20 percent of patients with chronic sinusitis develop nasal polyps, which are growths that block the sinus passages. Surgery may be recommended to remove polyps. Short-term use of an oral steroid may reduce the size of polyps, and these steroid treatment "bursts" can also be used after sinus surgery to reduce the need for a repeat surgical procedure. Nasal steroid sprays are the most effective treatment for chronic suppression of polyps' size and regrowth. Nasal polyps often regrow even after surgery. Discuss your options with a health care professional if you are diagnosed with this condition.

If all other therapies fail, surgery may be recommended. Failure of previous treatments suggests a difficult case of sinusitis, and surgery, too, may fail. Surgery is usually reserved for patients whose symptoms do not go away after three months of treatment or in people who have more than two or three episodes of acute sinusitis each year. And most cases of fungal sinus infections require surgery. The goal of surgery, which is usually performed by an otolaryngologist, or ear, nose and throat (ENT) specialist, is to help the sinuses drain more efficiently, therefore preventing blockages. Specific surgical procedures may involve enlarging the natural openings of the sinuses, removing nasal polyps or correcting any structural problems that may be blocking the sinuses.

Most people experience a better quality of life following surgery for sinusitis, but problems sometimes recur.

Because the most common cause of sinusitis is allergic or nonallergic rhinitis, the first step in prevention should be seeing a health care professional and defining your allergic triggers so you can avoid those factors. In most cases, good medical management controls the frequency and severity of sinusitis.

After that, the trick to preventing a cold from turning into sinusitis is to keep your sinuses as clear as possible. Here are a few ways to do this.

If you have allergies:

Review the following Questions to Ask about sinusitis so you're prepared to discuss this important health issue with your health care professional.

For information and support on coping with Sinusitis, please see the recommended organizations, books and Spanish-language resources listed below.