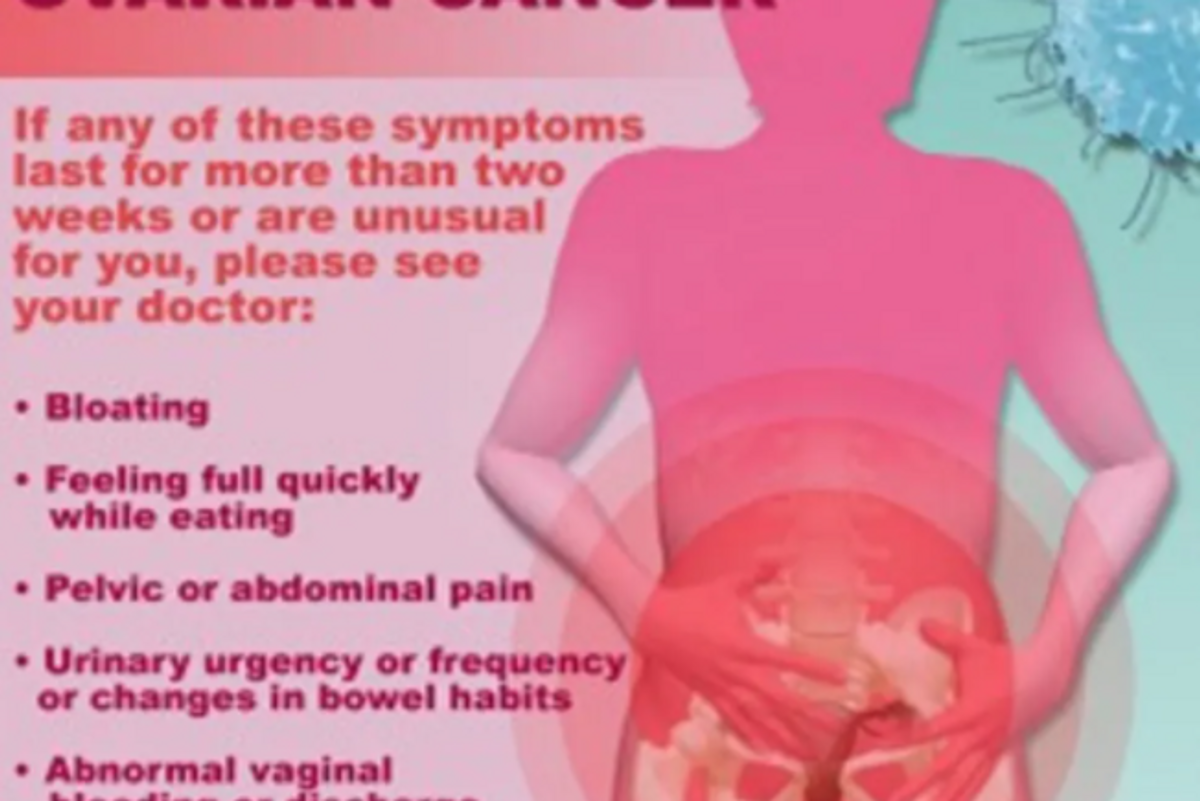 HealthyWomen Editors
and
David Fishman, MD
30 Sep 2013 Conditions & Treatments
ovarian cancer
Medically Reviewed
This article / resource has been archived. We will no longer be updating it. For our most up-to-date information, please visit our ovarian cancer hub here.

Why is ovarian cancer so scary to many women? First, attaching the word "cancer" to any body part would scare most people. Second, this "silent killer" often doesn't show clear symptoms or can't be diagnosed until the disease has already spread and is hard to treat.

Ovarian cancer—cancer that begins in women's ovaries—will strike an estimated 22,240 U.S. women in 2013, and about 14,230 women will die from the disease this year, according to the American Cancer Society.

Unfortunately, about three-quarters of women with ovarian cancer will have an advanced stage (stage III or IV) when the cancer is diagnosed. That means the cancerous cells have spread beyond the ovary, often through the abdominal cavity and possibly into the lymph nodes, liver or lungs.

Less than 20 percent of ovarian cancers are detected when the cancer is still confined to the ovary (stage I), according to David Fishman, MD, professor of obstetrics, gynecology and reproductive science at The Mount Sinai Hospital and director of the National Ovarian Cancer Early Detection Program and Gynecologic Oncology Research.

Women who are diagnosed with early stage disease (stages I or II) require less radical operations, have fewer problems with surgery and may not require chemotherapy, Fishman says. They also have a five-year survival rate of about 90 percent. That's why Fishman and other experts in the field would like to see tools and techniques developed that would allow for better detection of early stage ovarian cancer.

Currently, there are no reliable tests available that are recommended for screening healthy women without risk factors for ovarian cancer. So, even when symptoms of ovarian cancer appear, they may be mistaken for other conditions, making it a difficult cancer to diagnose.

Some symptoms to watch out for are:

Even though we all love to self-diagnose these day, having these symptoms doesn't necessarily mean that you have cancer. Don't panic! However, it's important that you talk to your health care professional who will consider your overall health, age and medical history. Sometimes diagnosing a disease is a matter of ruling out other things first, so you may undergo a number of tests, including a Pap test, blood test, abdominal or transvaginal ultrasound, CT scan or lower GI series (barium enema).

There are some screening tests available for women who are considered to be at high risk for ovarian cancer, so it's important to know the risk factors. You may be at increased risk if you:

If your health care professional determines you may be at high risk for ovarian cancer, there are some preventive operations that you may want to consider.

Most importantly, listen to your body and don't be afraid to talk with your health care professional if you notice changes. Early diagnosis and treatment can sometimes mean a life-or-death difference.

Click here to find out more about ovarian cancer.