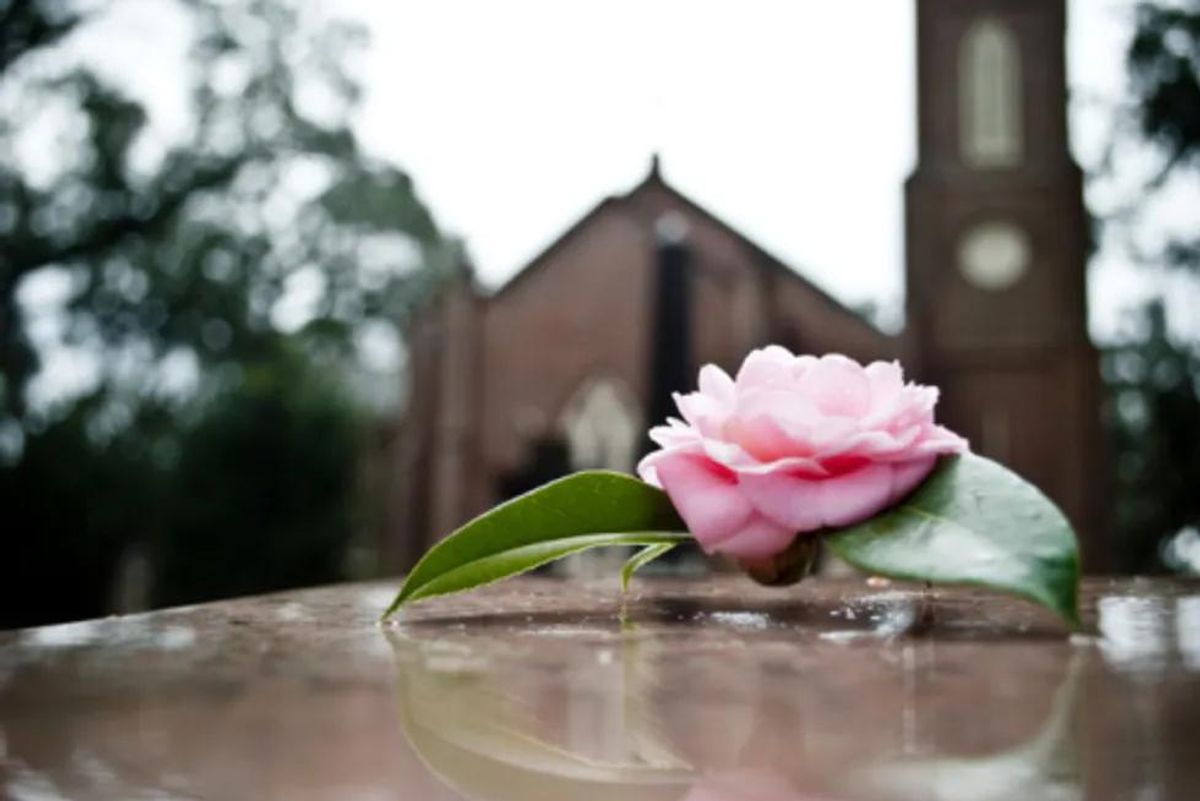 The Funeral: Just Part of the Journey of Losing My Husband

As soon as she arrived, she took care of all the details that we had discussed when we had entered into the hospice program. She waited with us for the people from the funeral home to arrive. While we waited, I called my sons and my husband's family to tell them of his passing. Finally, the ambulance arrived. The nurse took care of this as well. The funeral arrangements had already been made, so the only planning left to do was to order some flowers.

Because my husband wanted to be buried in Missouri, it would be a week before the funeral could take place. It gave time for far-flung family members to make travel plans. The next few days were long, as I sat at home waiting for my youngest son to arrive to pick me up. It gave me time to reflect, and to prepare for the 10-hour trip. I made reservations for rooms at a motel, because no family members lived near where the funeral and burial would take place. I called one of my best friends who lived only a few miles away. I also had to make sure that the supplies I needed for dealing with my urostomy were packed. It was a busy few days—but the house was still.

My son arrived to pick me up, and we made the trip to Missouri. We checked into the motel, and I called the funeral home there to see what had yet to be done. I met with the funeral director to sign some papers, and that was all I needed to do, except to know what they intended to do. My youngest son had made arrangements to have military funeral honors at the graveside.

The day of the funeral went by in a blur, and the memory of that day is still fuzzy. I know there were many people there, but I was not completely aware of exactly who. I did not shed many tears, and I am sure many did not understand. For me, the funeral was the next step that I had to take, but it was just part of the journey of losing my husband that had begun three years earlier. The final leg of the journey through grief had already been taken, because my husband and I had been letting go those last three months.

The day after the funeral, we began our trip back to my house. My youngest son was in the military and had to return to his duty station. I was once more alone. I decided that I must return to work as soon as possible.

I spent the next two days going through things that belonged to my husband. I felt as if I needed to take the final step to let go. I put away his things that were to be given to my sons, and I made arrangements for the various pieces of medical equipment to be returned or given to where it might be of use to someone.

Monday finally came, and I made my official entrance into the world as a widow. It was the beginning of many life changes to come

Read more of her story on HealthyWomen.org:

Living With Bladder Cancer
Two Diagnoses, One Couple, One Day: Could it be Possible?
Lots of Questions and No One to Talk To
Preparing for Surgery and Staying Positive
It's Not Leprosy, It's Cancer
My Bladder Cancer Surgery
Recovering from Surgery and Still Struggling to Find Support
Finding Humor in Trying Times
Adjusting to the New Life After Surgery
Achieving a "New Normal"—and Then a Setback
Recovering, Caregiving and Looking for Work
Getting the Word Out to Women About Bladder Cancer
Caregiving and Cancer Awareness: 2 Important Causes
Accepting When It's Time for Hospice
Learning to Let Go
Finding Strength to Say Goodbye