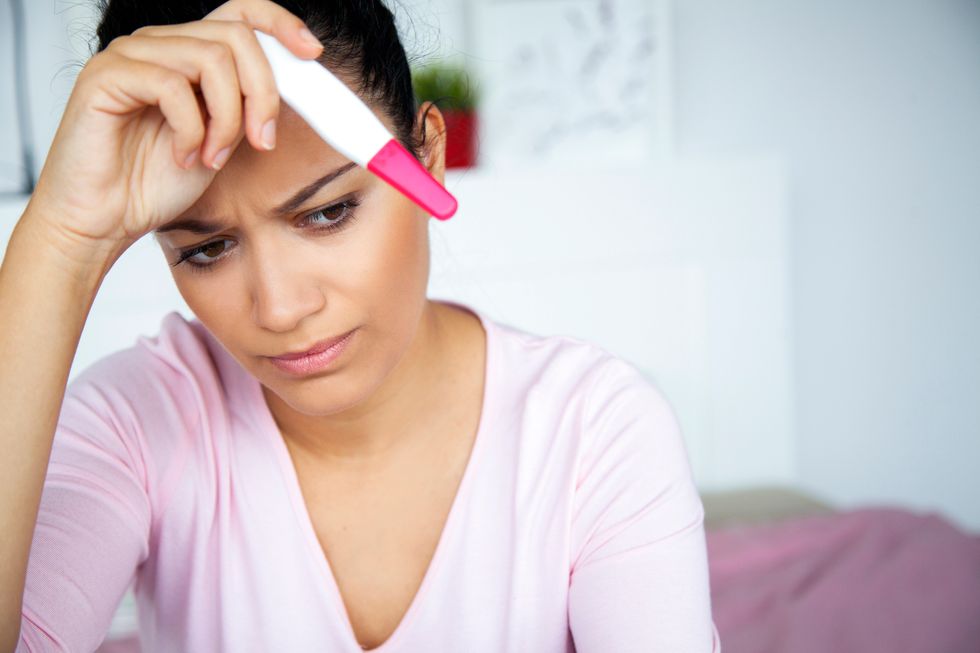 Top Causes of Infertility in Women

Top Causes of Infertility in Women

If you're having trouble getting pregnant, you may want to find out more about some of the most common causes of infertility in women.

Having trouble getting pregnant? You're not alone. According the Centers for Disease Control and Prevention, 6.7 percent of married women ages 15 to 44 in the United States are infertile, which means they have difficulty becoming pregnant after trying for one year (or six months for women 35 or older). Many couples trying to conceive get stressed and upset about how hard it can be to get pregnant.

So, what's going on with your body? Here are some top causes of infertility in women.

Ovulation problems
Ovulation issues may be caused by polycystic ovary syndrome, or PCOS. This is a hormonal imbalance that can interfere with normal ovulation. Primary ovarian insufficiency (also known as premature ovarian failure, or POI) can also cause ovulation problems. POI is when your ovaries stop working properly before age 40, affecting your release of eggs and chances of pregnancy. (Note that POI precedes menopause, which is when you've completely stopped ovulating and having periods.) Hyperprolactinemia is where you have too much prolactin, the hormone that stimulates breast milk, and that may also interfere with ovulation. Thyroid issues—like too much thyroid hormone (hyperthyroidism) or too little (hypothyroidism)—can affect your menstrual cycle, too. Hyperprolactinemia and thyroid conditions can be easily treated, so it's important to seek diagnosis.

Older age
The mere act of waiting to get pregnant contributes to infertility. According to the Office on Women's Health, many women are waiting until their 30s and 40s to have kids. About one-third of couples in which the woman is over 30 have fertility problems. Time and biology are on your side during your 20s. At this stage, your body is ready for pregnancy. Experts say that the average woman's fertility peaks during her early 20s, and you have the highest number of quality eggs at this stage. A younger woman's eggs are less likely than an older woman's to have genetic abnormalities that cause health conditions like Down syndrome. The risk of miscarriage is also lower. The Cleveland Clinic says studies show that the risk of miscarriage is 12 percent to 15 percent for women in their 20s compared to about 25 percent for women at age 40. It's also physically easier for women in their 20s to carry a child because there's a lower risk of high blood pressure, gestational diabetes and other health issues that can complicate pregnancy. And younger women are less likely to have low birthweight or premature babies. When you're older, your ovaries have a smaller number of eggs left, and your eggs aren't as healthy. Find out about the best time to get pregnant.

Endometriosis
With endometriosis, the tissue lining the uterus starts to grow in other places like behind the uterus, in the fallopian tubes, in the abdomen, in the pelvis or the ovaries. That causes irritation and scar tissue development. Some women with endometriosis have no symptoms. Others have painful intercourse or periods, heavy bleeding or unusual spotting and general pelvic pain. Endometriosis can make it difficult to get pregnant because the condition can cause blocked fallopian tubes, disrupt implantation, cause inflammation in the pelvis and perhaps impact egg quality. Treatment for endometriosis varies. Surgically removing the scar tissue or opening the blocked fallopian tube may improve your chances of getting pregnant.

Unhealthy bodyweight
Keeping an inactive lifestyle and being overweight or obese can raise your risk of infertility and increase your risk of having miscarriage. Or, if you have an eating disorder like anorexia or bulimia or you follow a very low-calorie or restrictive diet, you're at risk for fertility problems. Fortunately, you can take measures to lose or gain weight and may be able to conceive once you get to a healthy body weight. Obese women may find they ovulate normally after losing as little as 5 percent of body weight—that's just 10 pounds for a woman who weighs 200 pounds.

Read more about how to boost your fertility.

Tubal issues
Damaged or blocked fallopian tubes can prevent sperm from getting to your eggs and prevent the fertilized egg from getting to your uterus. Some common causes of tubal problems include sexually transmitted infections like chlamydia and gonorrhea, which can lead to pelvic inflammatory disease, or PID, a generalized infection of the pelvis that can cause scarring and blockage of the fallopian tubes; endometriosis; and previous pelvic surgery. You may be able to have surgery to try to open the tubes.

Uterine abnormalities
Fibroids may interfere with the implantation of the fertilized egg. Fibroids are usually noncancerous masses of muscular tissue and collagen that can develop within the wall of the uterus. Fibroids may be associated with reproductive problems depending on the number of fibroids you have in your uterus and on their size and specific location. Fibroids near the endometrial lining may cause very heavy periods and problems with an embryo implanting or pregnancy complications. Most fibroids, since they are not in the lining of the uterus, don't impact your pregnancy or create a high-risk pregnancy, but you may have a higher risk of miscarriage or infertility.

Most healthy couples under age 35 who are trying to conceive and have unprotected sex every other day around the time of ovulation can become pregnant in a year. If you aren't getting pregnant as fast as you want or hope, consider visiting your health care provider—and suggest your partner do the same, because the problem could be his.

If you're older, you may want to get help sooner because fertility decreases with age. The sooner you visit a fertility specialist, the more likely you'll have success with fertility treatments.