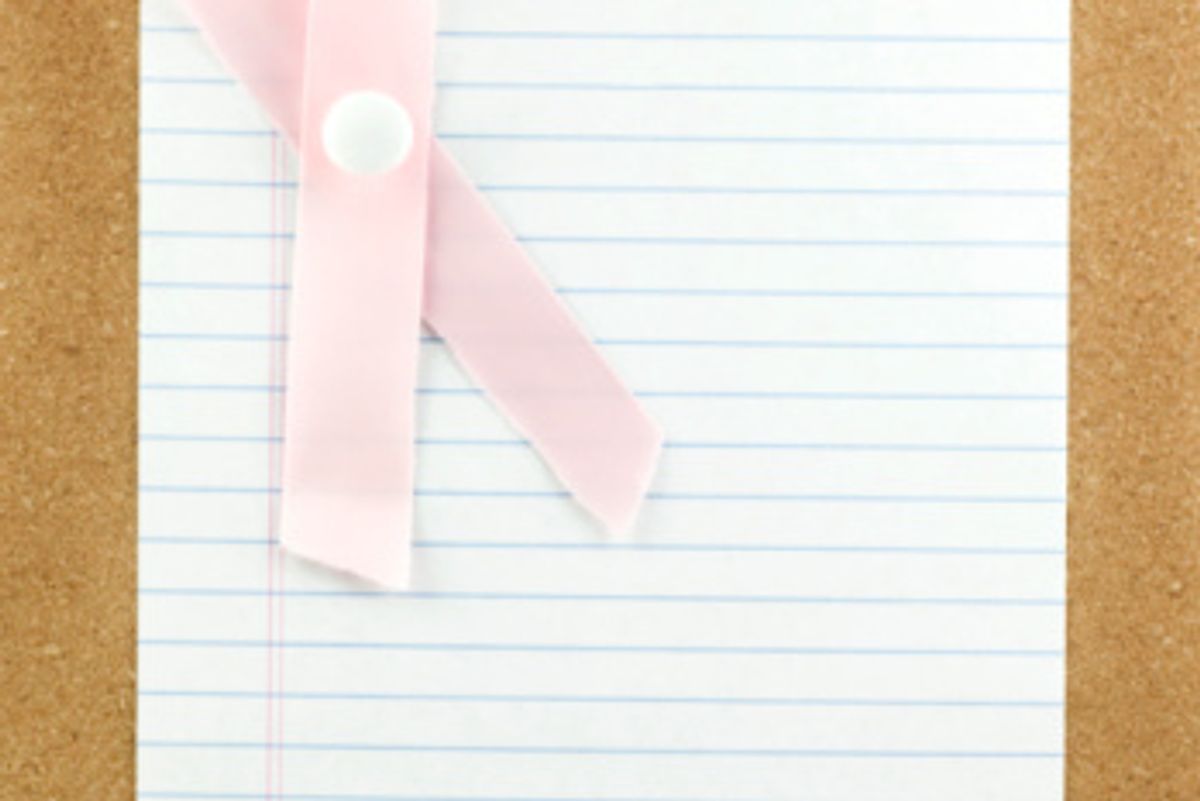 More than 230,000 new cases of breast cancer are expected to be diagnosed in our country in 2011. Though death rates are declining by 31 percent, incidence rates are not keeping pace, only declining by about 5 percent. And since less than 10 percent of the cases are genetic, clearly more needs to be learned about ways to prevent the disease.

Because I'm both a breast cancer survivor (just passed year 23!) and a health writer, many people come to me with questions or advice about breast cancer. And it's sometimes hard, really, to know what to say since despite my close relation to the disease, I'm NOT a doctor. Yet it's that combination of curiosity and professional obligation that keeps me busy keeping up with the latest (or trying to, anyway). I don't expect everyone to follow the news on this disease like I do; but being that we're all women (OK, I know some men are reading so here's my chance to say thanks for that!), I'm certain that you might be curious, too.

Though October and breast cancer awareness month have long gone, last week felt like it was October once again. The topic was all over the news after a report by a respected panel of science advisors, paid for by the Susan G. Komen breast cancer foundation, was presented at a major cancer conference in Texas. In case you missed the latest, here's a round-up of what's been out there.

Some of it is not new and might not surprise you (like smoking being a probable cause); some of it might anger you, especially if you are an environmentalist and believe in chemical policy reform (like BPA evidence being "biologically plausible" but not conclusive); some of it might scare you (like two to three abdominal CT scans being the equivalent of the radiation atomic bomb survivors received).

Ways to lower our risk of breast cancer:

Other "possible" causes for increased risk include benzene and a few other chemicals in the workplace, breathing car fumes or pumping gas. The jury might still be out, but many groups firmly believe that there is a definitive connection. To me, that signals the wisdom in erring on the side of caution.

According to the panel of independent experts who advise the government, these are things we can worry less about:

And then, there are things we should do more of, like increase physical activity.

You might be thinking, "I already know all this. It's nothing new!" I'm sorry. I wish there was more I could tell you that you probably don't already know. But at least The Institute of Medicine is recommending improving the tools for epidemiologic research and for testing of chemicals and other substances, as well as developing effective preventive interventions and improving communication about the risks.

For the 45,000 women who are diagnosed with DCIS (ductal carcinoma in situ), the earliest form of breast cancer, a new genetic test might be effective in identifying those who are least likely to suffer a recurrence. It's unclear whether or not this type of cancer (or pre-cancer, as many people think it should be called) should even be treated; so far, many commonly opt for lumpectomy and/or radiation.

Increased consumption of foods rich in carbohydrates, especially starches, may boost the risk of breast cancer recurrence. Though researchers did not target the exact foods, refined carbs like white breads and white pasta, contain more starch than whole grains.

Women who receive at least three screening mammograms have a 49 percent lower risk of dying from the disease, says a new Dutch study.

Finding Hope in the Face of Incurable Breast Cancer

Chronic Pain Drove Me to Despair, but Cancer Taught Me to Heal