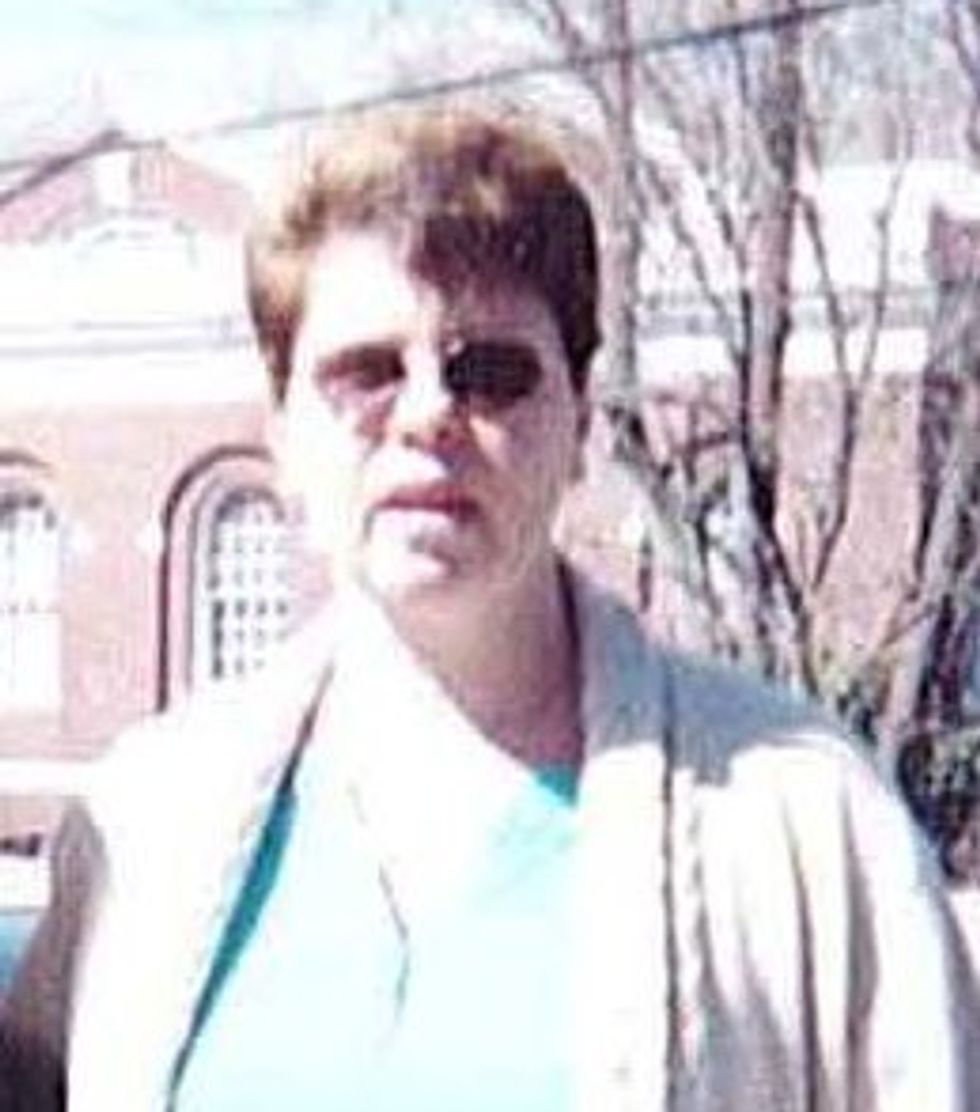 My name is Laurie S. Rozgonyi. I'm a 52-year-old cervical cancer survivor. In May 2003, I had an abnormal pap smear. The doctors took a scraping and told me I had precancerous cells. They decided to do a Pap test every three months to keep an eye on the situation. I had had the last one in October 2003, and on December 8, 2003, I was taking a bath when I noticed I was bleeding. My boyfriend took me to the ER, and I was told I had dysfunctional vaginal bleeding. I called my OB/GYN and made an appointment for the next day. They did a biopsy, and on December 18, I was told I had cervical cancer, stage IIIB. I was shocked and devastated.

I couldn't get an appointment with the radiologist until January 23, 2004. When I saw him, he examined me, took X-rays and gave me an MRI scan. He found a tumor the size of a tennis ball in the vaginal wall going down into the cervix. They didn't find it sooner because they couldn't see it until it broke through the wall.

On January 26, 2004, I started radiation treatments five days a week. I ended up having a total of 28 radiation treatments, four low-dose chemotherapy and two separate radiation implant treatments. Through the whole ordeal I was so tired! I had radiation first thing in the morning and then I would go back home and sleep until lunchtime; get up, watch a little TV and go back to sleep; get up and eat dinner, watch TV and go to bed between 9 and 9:30 every night. Between the cancer (poison) and the radiation (poison), you get knocked on your butt! I was so tired I could hardly function.

My last treatment was on March 21, 2004. I am now five years cancer-free, but I have serious radiation damage to my body. I am just thankful I am alive! I try to eat healthy, but I still sometimes eat junk food, and I walk when weather permits. I see my oncologist every six months and the neurologist every six months. I take one day at a time. My advice to every female is this: get Pap smears regularly! It is so important!