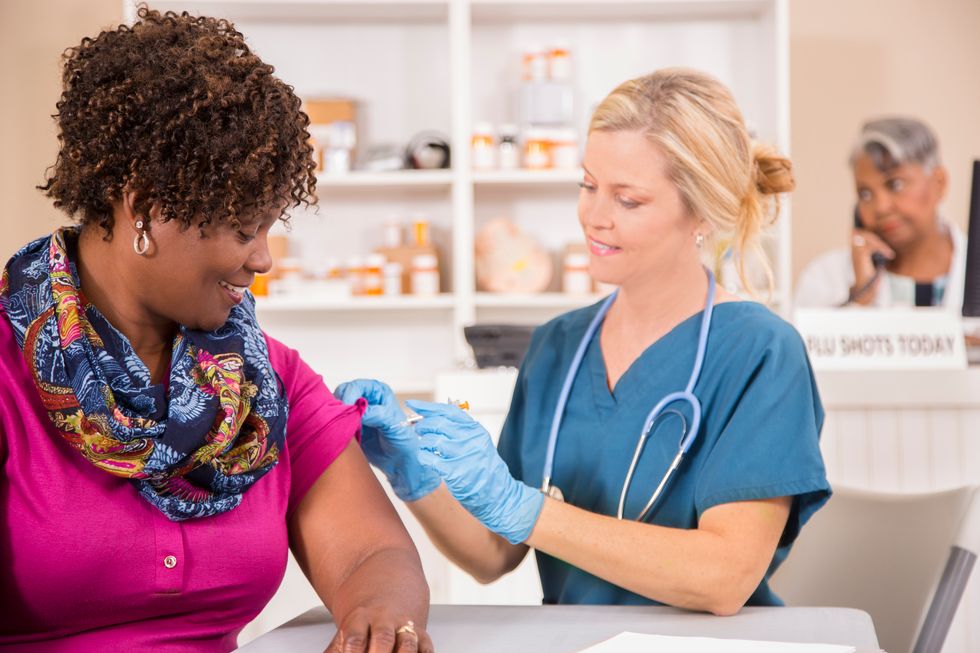 Early signs suggest that the United States will see a severe flu season, so it's especially important for Americans to get their shots, health experts say.

FRIDAY, Oct. 27, 2017 (HealthDay News)—Early signs suggest that the United States will see a severe flu season, so it's especially important for Americans to get their shots, health experts say.

"These data tell us that we should see a worse-than-average flu season," Harrod said.

This year's vaccines are combating the H3N2 strain and B strains of influenza, according to Harrod. H3N2 viruses cause more severe disease in the elderly and young children, and they are associated with a high hospitalization rate, he noted.

The best protection against the flu is vaccination, Harrod said in a university news release.

"While getting the flu shot may not keep you from getting the flu, it will limit the severity and duration of the illness, and provide you with some protection against future infections in subsequent seasons," Harrod said.

"Even in years when the flu vaccine is a 'bad match,' there is partial protection because one's immune system can make antibodies that still recognize and bind to the influenza virus even when new strains emerge unexpectedly," he added.

Dr. Leah Leisch, an assistant professor in the division of general internal medicine at UAB, noted that the U.S. Centers for Disease Control and Prevention recommends everyone 6 months and older—including pregnant women—get a flu shot.

"It is especially important for people at high risk for flu-related complications. This includes, but is not limited to, pregnant women, children younger than 5, adults older than 65 and people with certain medical conditions," Leisch said.

Harrod said the CDC's Advisory Committee on Immunization Practices does not recommend the use of the nasal spray flu vaccine in the 2017-2018 influenza season.

Leisch had some tips on what to do if you think you're coming down with the flu.

"During flu season, if you experience flu-like symptoms, it is wise to let your doctor know within 24 to 48 hours of when the symptoms began," Leisch said. "However, your doctor may not prescribe any medications, as most—otherwise healthy—adults under age 65 do not require prescription medication for flu."

For most people, the best therapy is to stay home and get plenty of rest and fluids, she said. Young children, adults older than 65, and adults with certain medical conditions may require anti-viral medications.

"These medications are good at preventing complications of flu and shortening the duration of flu by one or two days," Leisch said. "However, they will not make the symptoms go away immediately."

In 2014, about 970,000 Americans were hospitalized due to the flu and more than 40 million were affected by flu-related illnesses, according to the CDC.

While most flu-related hospitalizations and deaths occur among people 65 and older, healthy children and younger adults can also develop severe problems and even die. Each year, nearly 100 flu-related deaths among children are reported to the CDC.

The U.S. Centers for Disease Control and Prevention has more on the flu.