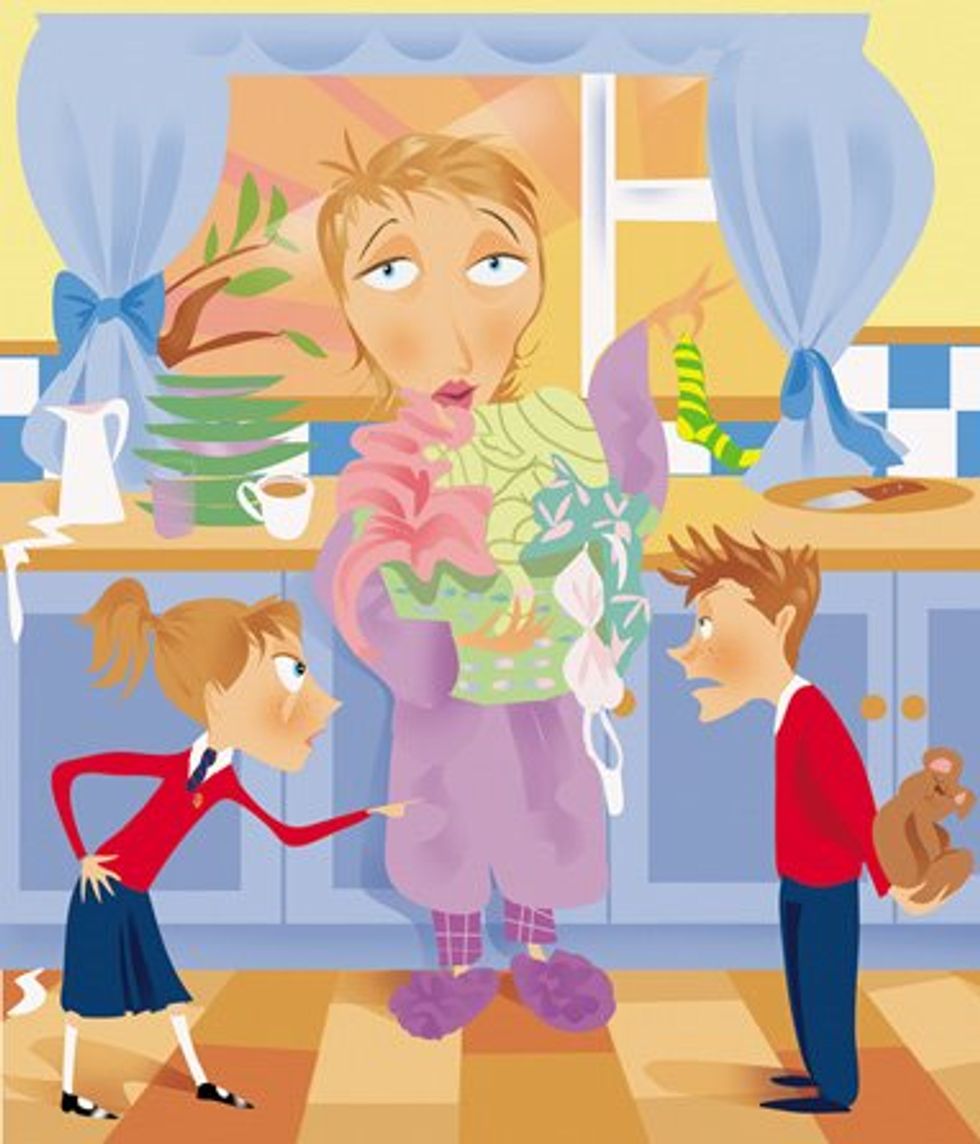 What Was She Thinking?

Did you read about the Scarsdale mom who kicked her kids out of the car? She was fed up with the bickering of her 10 and 12-year old, and told them to get out. When my kids were younger, there were times I was tempted to do this, too. But that's where the similarity between me and this mother ends.

Oh, how I remember those days! My sons were so close in age (19 months between them) that it was likely if one cried and carried on, the other followed suit. I was overwhelmed by the sheer non-stop demands of my days and nights, pulled in so many directions I feared I'd snap. I understand the sheer frustration all mothers feel, truly I do.

But kick them out of the car? Never.

I threatened to do it, yes. I wished I could do it, sure. The old conscience kicked in (fortunately) each time I came close: it's dangerous; they'll be scarred for life; I'll get arrested; there's got to be a better way; just suck it up to motherhood.

My opinion, for what it's worth is that this well-educated lawyer should have known better.

Here's what Lisa Belkin of the New York Times thinks.

What do you think? Would you ever kick your kids out of the car? (Or maybe the house, now that they're older?)

For the roughly 46 million Americans living with chronic constipation, finding relief can be a struggle.