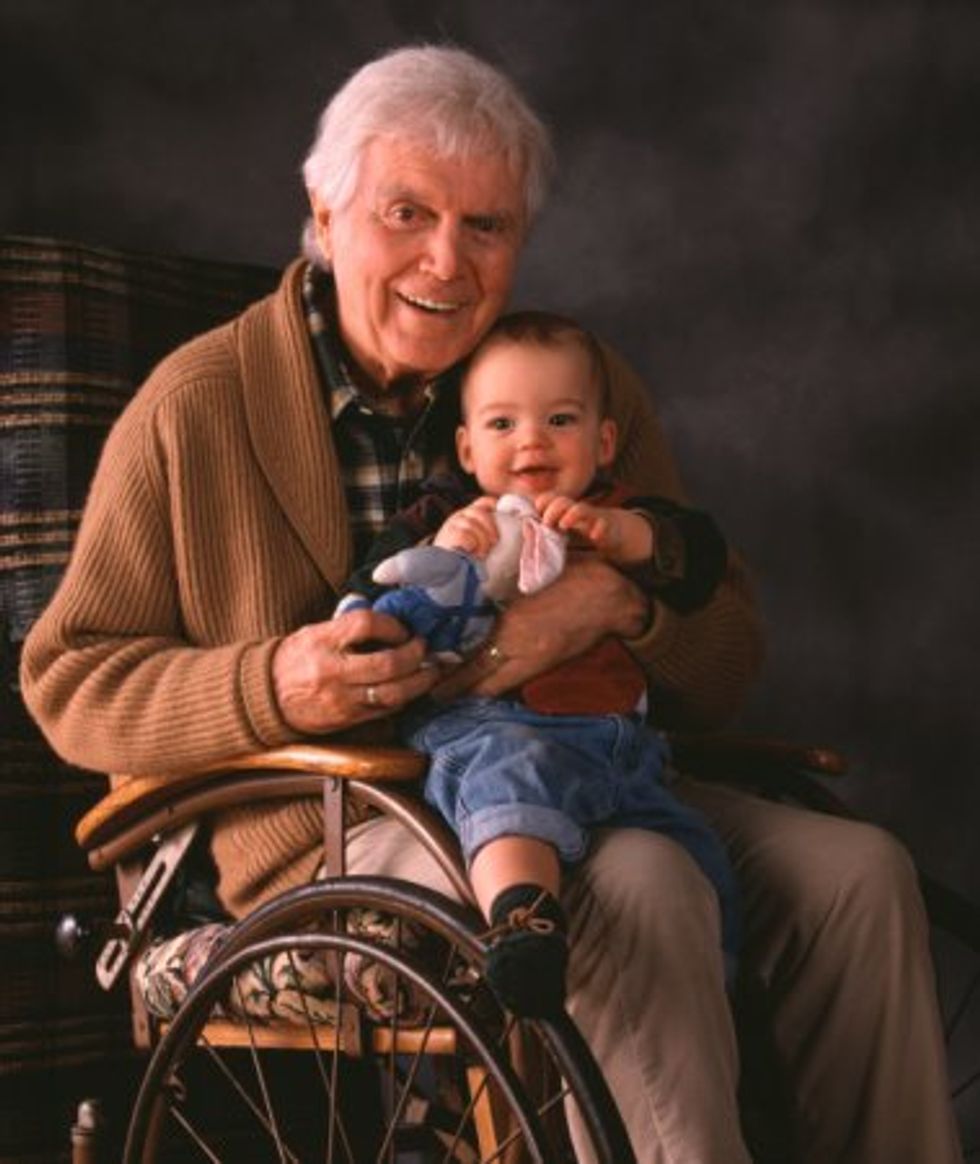 Here's some news that may make all of us women feel not so alone in hearing that deafening clicking of the biological clock. That clock is no longer gender-specific.

We used to think it was just us, right? That our eggs were aging along with the rest of us and that men were off the hook and could produce forever? (Long live the sperm!)

A new study out of Australia proves otherwise. Researchers at the University of Queensland found that children born to older men faced higher risks of lower I.Qs, aside from lower scores on tests involving concentration, memory, reasoning and reading skills through the age of 7.

Other studies have linked things like increased risk of schizophrenia and bipolar disorder and even autism to children whose fathers were older, too.

I can't help but feel a little relief. I mean, it's nice to know that finally the burden is not just on US. And that older single men, who so frequently find a certain thrill of dating much-younger women, may no longer be seen as desirable second-family daddies, since the secret is now out that their sperm is just as old as, well, they are. (Could this be the beginning of more available men for women in their 50s? Maybe the playing field will narrow, if not equalize, for those 50-something women left behind?)

And then there's this: women have borne (pardon the pun here) the burden of feeling the rush - and I don't mean in a good way - to get motherhood "taken care of" sooner than later, lest they risk increased odds of things like Down syndrome and lower birth weight. With this news, it seems that men might have to let go of the notion that they have all the time in the world.