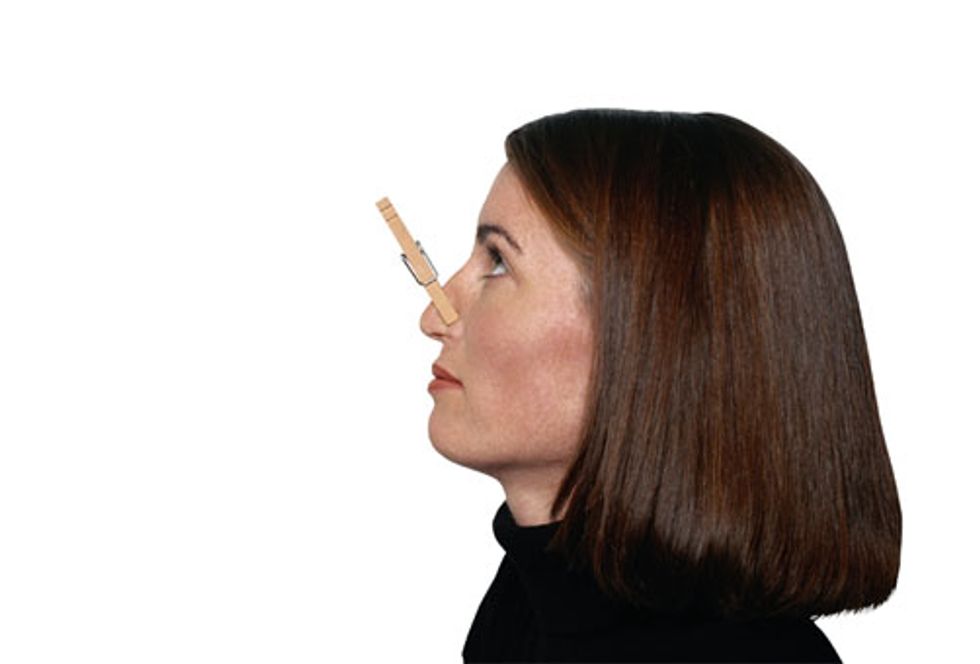 Every time I'm at the gym, I smell it. It never fails.

The smell of sweat. I used to think I was crazy. "Yuck, did you smell that guy?" I'd ask my husband, who was just as close as I was to the offender (I nicknamed a particular guy "Skunkie.")

"Huh, what are you talking about?" my DH would say.

I can't tell you how many times I have to move to another machine because the person next to me smells, well, just plain stinky... as in awful body odor; as in hasn't washed his shirt for maybe a year. It's either move to another machine or try to pretend it's not really that bad - but that never seems to work. My eyes have actually watered from the strong odors while my husband blissfully looks the other way.

And then there was the case of the mysterious odor that greeted me each time I walked in my front door that of course, nobody else smelled. Despite my best efforts using air freshners, candles, essential oils - what have you - the smell lingered. For years. (Finally, someone who came to fix the dryer vent suggested the radiator might need vacuuming. Guess what? The odor is gone.) When I announced to my family -who happens to be all male - that the guy was a genius and there's finally no more odor, all they said was..."WHAT odor?"

So when I read this latest report, I was just thrilled. Ecstatic!

Scientists studied women's and men's reactions to body odor, and found that it was the women, not the men, who could, despite trying to block the odor with colognes, still detect it. These scientists found that it's quite easy to block a man's awareness of body odor, but females cannot be so easily fooled. They think that perhaps this may be a biological signal to help women to select a mate.

I think that this acute sense of smell must relate to things other than body odor, since my nose is like a bloodhound's. I can tell that my husband had onions in his salad two days prior. And the smell of beer seems to come out of my son's pores even when he hasn't had that much; I can smell it even before he walks into the room. I think that if I lived in an apartment building, I'd know what everyone was cooking for dinner.

I think, too, that I'm not imagining things, after all.

Do you have an acute sense of smell? Do you find that it's different from the men you know?