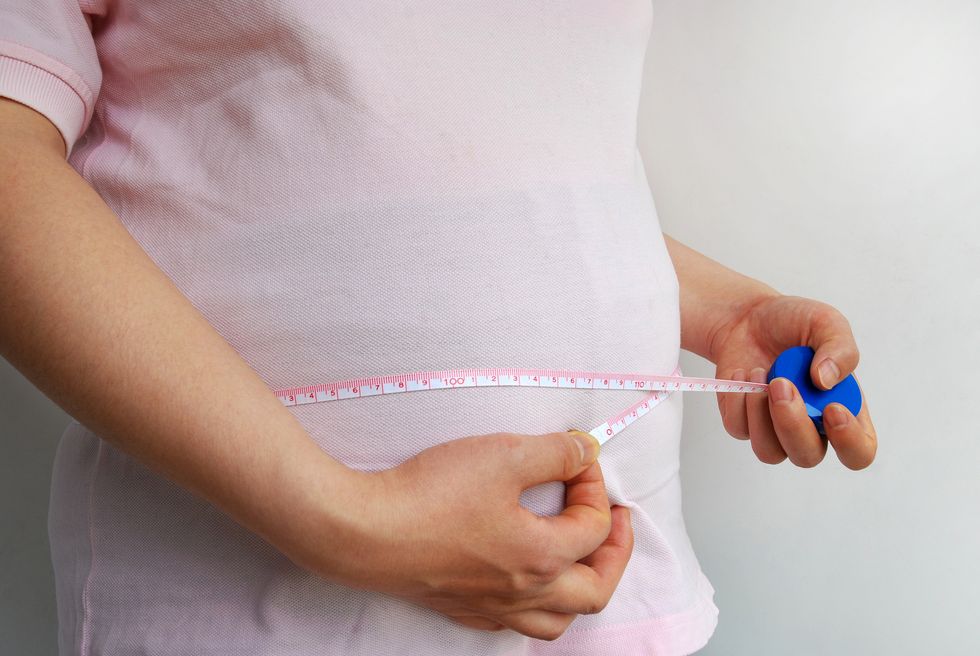 Waist Size, Not Weight, May be Key to Life Span

Is Your Waistline Dangerously Large?

That spare tire you're toting around could be increasing your risk of an early death.

MONDAY, April 24, 2017 (HealthDay News)—That spare tire you're toting around could be increasing your risk of an early death, a new study suggests.

What's more, the increased risk associated with having a larger waistline occurs even if a person's body-mass index (BMI) indicates a healthy weight, said lead researcher Emmanuel Stamatakis. He's an associate professor with the University of Sydney in Australia.

People who carry extra weight around the middle—also called "central obesity”—but have a normal BMI have a 22 percent higher risk of death than people whose fat is stored elsewhere in their bodies, the study found. In folks with a BMI that indicates obesity, the risk of early death was 13 percent higher for those with central obesity.

The study also found that a large gut poses an even greater hazard for heart health. The risk of heart-related death is 25 percent higher for someone with central obesity and a normal BMI. It's 26 percent greater for those with an overweight BMI and extra abdominal girth, and 56 higher percent for an obese BMI and central obesity, the study found.

BMI is a rough estimate of a person's body fat based on height and weight measurements. Normal BMI is 18.5 to 24.9, according to the U.S. Centers for Disease Control and Prevention. Overweight is 25 to 29.9, and obese is 30 and over. Someone who's 5 feet, 9 inches tall is considered normal when weight is between 125 and 168 pounds. Overweight is 169 to 202 pounds. Obese is 203 pounds or higher.

"If a person's waist-to-hip ratio is over 0.85 if they are female, or over 0.90 if they are male, then they should be concerned and look into ways to alter their lifestyle to lose or reduce the 'paunch,'" Stamatakis said.

Ruth Loos is director of the genetics of obesity and related metabolic traits program at the Charles Bronfman Institute of Personalized Medicine at Mount Sinai in New York City.

She said these findings jibe with previous studies indicating that belly fat may be more detrimental to a person's health than fat stored elsewhere in the body.

"Studies have been fairly consistent in showing that waist-to-hip ratio contributes to disease," Loos said.

For this latest study, researchers looked at almost 43,000 participants in the Health Survey for England and the Scottish Health Survey. Each person's BMI and waist-to-hip ratio was compared against their health history during 10 years of follow-up.

Researchers found that the risk posed by a big belly was the same for men and women, Stamatakis noted.

"It is indeed true that men have more of the one type of body shape, and women the other," Loos said.

Excessive fat around the waist has been linked to insulin resistance, high cholesterol and increased inflammation, Stamatakis said. These all are risk factors for heart disease.

"In fact, people who have high BMI often have larger amounts of fat stored in the hips and the legs, and this appears to be better for metabolic and cardiovascular health for reasons we cannot fully understand," he said.

Loos said belly fat might be more harmful than fat stored in the hips because it more directly affects the central organs of the body.

Both Stamatakis and Loos said people with belly fat should take steps to improve their health, by eating right, exercising and cutting out other risk factors like smoking or drinking.

Unfortunately, weight loss efforts will not necessarily eliminate your spare tire. Weight loss tends to occur evenly across the entire body, and cannot be directed toward any exact store of fat, Loos noted.

"There's no way of specifically targeting that belly fat," Loos said. "Even exercises like doing sit ups are not going to specifically help you lose fat in your belly."

The new study was published April 24 online in the Annals of Internal Medicine.

COVID-19 Reveals How Obesity Harms the Body in Real Time, Not Just Over a Lifetime