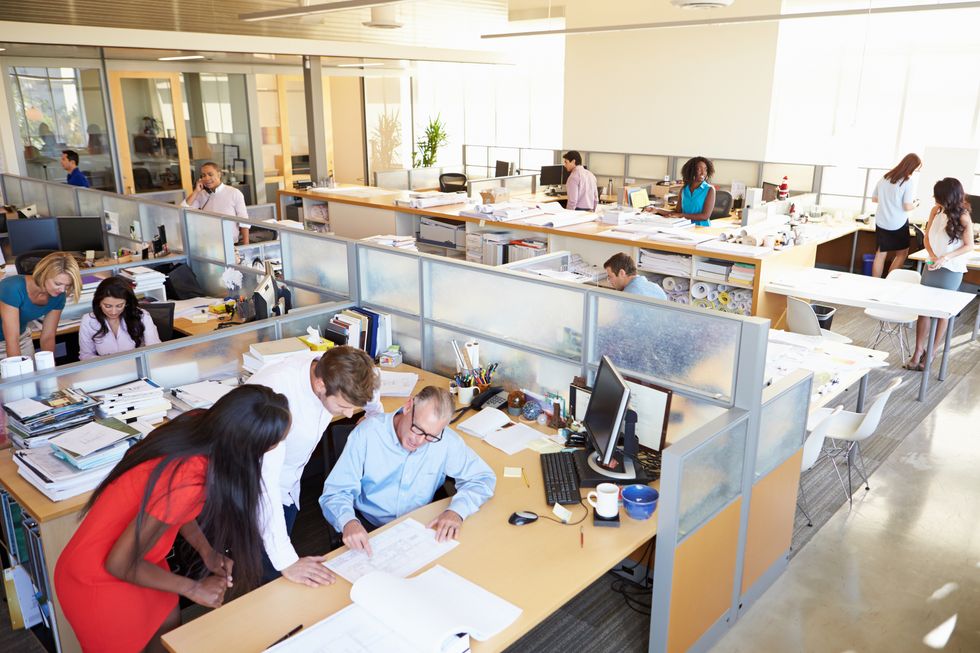 Is Your Job Making You Vitamin D Deficient?

Spending your days cooped up inside an office might mean you're not getting enough vital vitamin D—know as the "sunshine vitamin," researchers report.

THURSDAY, June 22, 2017 (HealthDay News)—Spending your days cooped up inside an office might mean you're not getting enough vital vitamin D—know as the "sunshine vitamin," researchers report.

Canadian researchers found that vitamin D deficiency levels differ by occupation, with people who are closeted indoors faring worse than others.

"We know that vitamin D deficiency and insufficiency is prevalent in the population at large. We can now say that occupation is a factor that is important in determining if someone may be vitamin D-deficient or not," said lead researcher Dr. Sebastian Straube. He's an associate professor of preventive medicine at the University of Alberta in Edmonton.

Vitamin D is found naturally in a few foods, and often added to milk and other products. Skin exposure to sunlight also produces vitamin D, which is why it's called the sunshine vitamin.

In the new research, Straube and his colleagues reviewed 71 previously published studies that included more than 53,400 people in the northern and southern hemispheres.

They found vitamin D deficiency in 80 percent of shift workers—folks who work outside the typical 9-to-5 day. More than three-quarters of indoor workers and 72 percent of health care students were also vitamin D-deficient.

And even among health care workers, vitamin D deficiency varied by job. Medical residents, who are known to work very long hours, were more likely to be sunshine vitamin-deprived than doctors, nurses and other health care professionals.

Outdoor workers had a better profile. But even then, 48 percent had a vitamin D deficiency. And 75 percent had vitamin D insufficiency, meaning blood levels lower than recommended, the researchers said.

The essential vitamin helps the body absorb calcium, which is important for bone growth and preventing osteoporosis. It also plays a role in boosting the immune system and reducing inflammation.

With the widespread use of sunscreen and limited outdoor time, people don't generate a lot of vitamin D from sun exposure, said Heller, a senior clinical nutritionist. Because of this, many people may need vitamin D supplements.

Heller is one of them. "I was quite surprised when, a few years ago, I was diagnosed with a full-blown vitamin D deficiency," Heller said. "I now take a vitamin D supplement daily."

Straube said that how much vitamin D to take is controversial. He recommends sticking with the levels set by the U.S. Office of Dietary Supplements. That recommendation: 600 IU daily for people between 1 and 70 years old, and 800 IU for older individuals.

Some experts recommend higher levels for those at increased risk of vitamin D deficiency, Heller said.

Getting vitamin D from sunlight is the natural way, but Straube cautions against getting too much sun because of the risk of skin cancer.

"Sun exposure is healthful with regard to vitamin D levels, but . . . a balance should be struck," he said.

The report was published June 21 in the online journal BMC Public Health.

This type of study, called a meta-analysis, pools data from many studies to find similar trends across all of them. There are limitations because the data is gathered in different ways. Also, different investigators may have used varying definitions of vitamin D deficiency, the researchers pointed out.