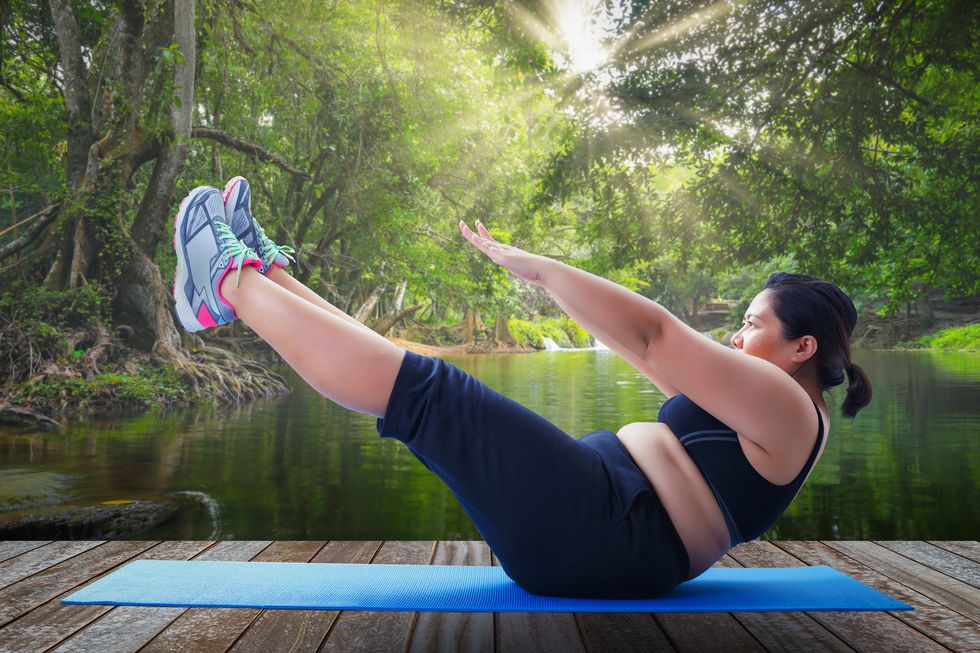 You NEED to Exercise: No Excuses

THURSDAY, April 27, 2017 (HealthDay News)—Even if obesity is "in your genes," regular exercise can help keep extra pounds at bay, a new study suggests.

Researchers found that when people carried a particular gene variant that raises obesity risk, regular exercise seemed to reduce the effects of their DNA—by about one-third.

The gene in question is known as FTO. Studies show that people with a particular variant of the gene have a heightened risk of obesity.

But the gene's effects are not huge, or written in stone. Research has found that people who carry two copies of the FTO variant (one inherited from each parent) weigh about 6.5 pounds more than non-carriers, on average.

The new findings underscore one way to counter the gene's impact: Exercise.

"There are genes that appear to directly impact weight, but the effects are small," said lead researcher Mariaelisa Graff, of the University of North Carolina at Chapel Hill. "You still have a lot of choice over your behavior."

The study results are not exactly surprising, according to Dr. Timothy Church, an obesity researcher who was not involved in the work.

"This shows, once again, that genes are not your destiny," said Church. He is a professor of preventative medicine at Louisiana State University's Pennington Biomedical Research Center.

Church said regular exercise is particularly key in preventing excess weight gain in the first place—and in keeping the pounds off after someone loses weight.

But the bottom line is that exercise matters, regardless of your genes, according to Dr. Chip Lavie, of the John Ochsner Heart and Vascular Institute, in New Orleans.

Lavie, who was not involved in the study, pointed to findings from his own research.

"[We] have published data that suggests the main cause of increasing obesity over the past five decades is the dramatic decline in physical activity," he said.

Gym memberships aside, Americans these days are less active at work, at home (through housework) and during leisure time, according to Lavie.

The new findings are based on over 200,000 adults, mostly of European descent, who'd taken part in previous health studies.

Graff and her colleagues analyzed information on their weight and exercise habits, and looked at how those factors "interacted" with 2.5 million gene variants.

FTO is the gene that is most strongly linked to obesity, Graff said.

And overall, her team found, active people who carried the obesity-linked FTO variant appeared more resistant to its effects than sedentary people.

On average, exercise weakened the variant's effects by about 30 percent, the researchers reported in the April 27 issue of PLOS Genetics.

There were some hints that exercise also affected some other weight-related genes. But the only clear relationship was with the FTO variant, according to Graff.

That, she noted, could be related to the broad way the study looked at exercise. The 23 percent of people who were least active were considered "inactive," while everyone else was deemed "active."

Church said he thinks research into the genetics of body weight will increasingly become useful.

If certain gene variants affect people's response to a low-carb diet or aerobic exercise, for example, that could help in "tailoring" weight-loss plans, he suggested.

"The science is rapidly evolving," Church said, "and there's still a lot to learn. But I think that's the direction this is going."