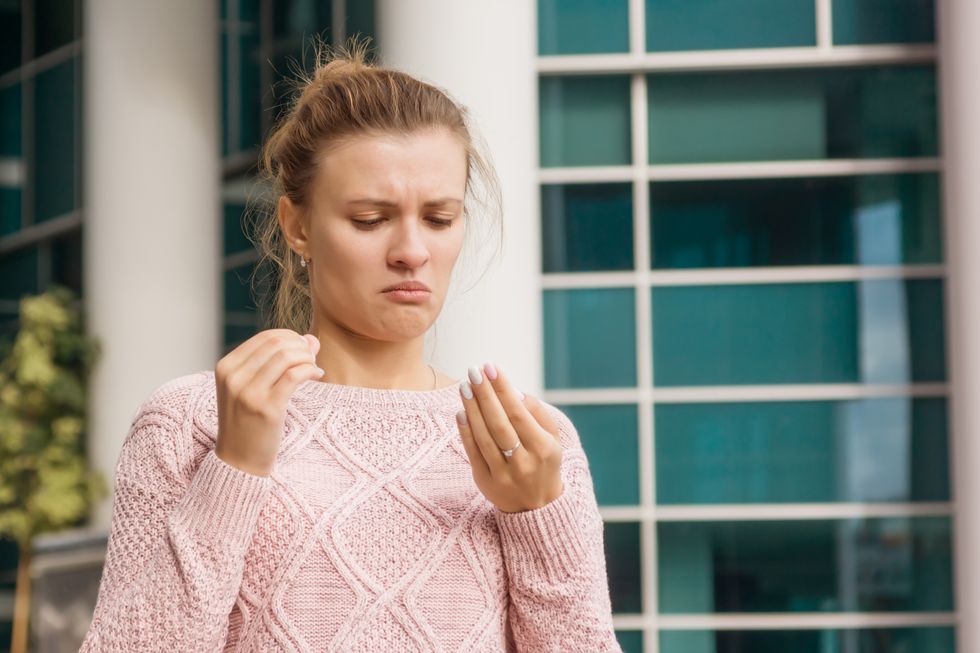 Yes, Fingernail Cancer Is a Thing—Just Ask This Beauty Queen

Her diagnosis led to three surgeries and the eventual loss of the nail, but luckily, not the thumb itself.

THURSDAY, July 26, 2018 (HealthDay News) -- Karolina Jasko was a high school senior when a nail salon worker pointed out the black vertical line on her right thumbnail.

Because she typically painted her nails, the black line had gone unnoticed and unheeded, but then it started to show signs of infection.

At that point, Jasko sought out medical advice and got her diagnosis: a melanoma of the nail.

"My mom was freaking out even more than I was, I think, because she had melanoma before, so she knew what it was like," said Jasko, who's now a student at the University of Illinois at Chicago, as well as the current Miss Illinois USA 2018.

That diagnosis led to three surgeries and the eventual loss of the nail, but luckily, not the thumb itself.

"I'm a little self-conscious about it, but I was lucky," Jasko said. "The doctors originally thought they would have to remove my whole thumb, and you never realize how much you use your right thumb until you think about losing it."

And she knows it could have been a lot worse.

"If I had waited any longer to see a doctor and have my first surgery, the melanoma could have spread through my whole body," Jasko said.

Melanoma, the deadliest form of skin cancer, can occur anywhere in the body -- including in your nails.

And, as it happened with Jasko, nail melanoma is commonly overlooked, according to Dr. Shari Lipner, a New York City dermatologist.

Because of this, patients may face amputation of the affected toe or finger or even death, Lipner said in an American Academy of Dermatology news release.

"It's important to regularly examine your whole body for signs of melanoma and other skin cancers, and that includes your nails," she added.

Anyone can develop nail melanoma, but rates are higher among older individuals and people with skin of color.

The main sign of nail melanoma is a brown or black band in the nail, often on the thumb or big toe, Lipner said. It's usually on your dominant side.

"Because early detection plays such a big role in nail melanoma prognosis, it's important to keep an eye on your nails and be aware of any changes to them," Lipner said. "If you notice a new dark band on your nail, or any band that is getting wider or darker, you should see a board-certified dermatologist as soon as possible."

There's no reason to panic: Such discolorations can also be caused by other issues, such blood pooling under the nail due to injury or too-tight shoes, or a bacterial or fungal infection.

But it's best to have a dermatologist look at the affected nail to be sure. Other warning signs of a potential nail melanoma include dark pigment on the skin around the nail, splitting or bleeding of the nail, or infection-like symptoms such as drainage, pus and pain. As with other types of melanoma, any change to the nail is also an important warning sign.

"People may not realize that you can get melanoma in your nails, but it's important to be aware of that risk," she said in the news release. "If you have the slightest concern about something on your nail, go and get it checked out by a dermatologist; it could end up saving your finger or your life."