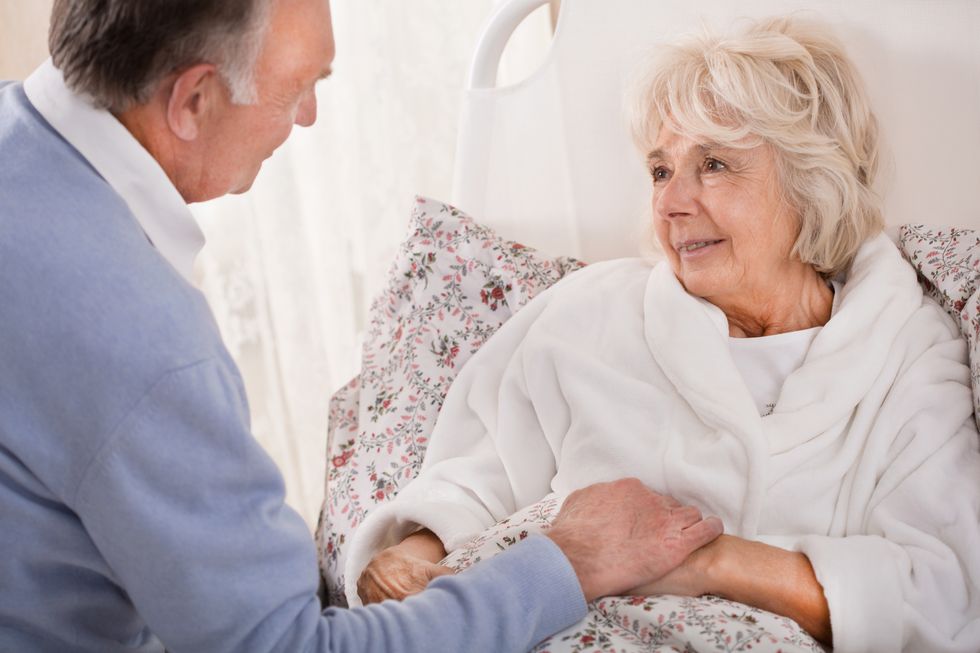 A Wonderful Side Effect of Marriage

WEDNESDAY, Oct. 28, 2015 (HealthDay News) -- Married people who have cardiac surgery may fare better after the operation than those who are divorced, separated or widowed, according to new research.

In the study, people who were not married -- as opposed to never-married -- had about a 40 percent greater risk of either dying or developing a new disability during the first two years after the surgery, the researchers found.

"People who were married had fewer decreases in functional status compared to people who were widowed, divorced or separated," said lead study author Dr. Mark Neuman. Neuman is an assistant professor of anesthesiology and critical care at the Perelman School of Medicine at the University of Pennsylvania in Philadelphia.

While other research has linked better survival odds after cardiac surgery to marriage, few researchers have looked at any link between marital status and surgical recovery, Neuman said.

For this study, the investigators gathered data from more than 1,500 men and women enrolled in the University of Michigan Health and Retirement study, which has been ongoing since 1998. Every two years, participants answer questions about health, disabilities and family structure.

The study, published online Oct. 28 in JAMA Surgery, focused on the participants who had undergone cardiac surgery. Neuman noted that no information was available on the types of cardiac surgery.

The researchers evaluated how well the patients could fend for themselves after the surgery, including performing activities of daily living, such as dressing, eating and taking showers without help.

The findings showed that marital status was significantly associated with the risk of death or a new functional disability within two years after surgery. Neuman cautioned, however, that the study only found an association, not a cause-and-effect relationship.

And he pointed out that those in the never-married group had results similar to the married group, but their numbers were so small that he hesitated to draw any firm conclusions about those patients.

So, why do married people seem to fare better? While Newman can't say for sure, he suggested that married patients may receive more social support from spouses to get through recovery.

The findings are consistent with other research on marital status and health, said Hiu (Cathy) Liu, an associate professor of sociology at Michigan State University, who has researched the topic.

"This adds to the general picture of the advantages of married people relative to the unmarried people, especially the divorced/separated and widowed, by extending to a more specific health outcome, a postoperative functional recovery," Liu said.

"Married people may enjoy the support, assistance and regulation of health behaviors from their spouse, which are generally not accessible to the unmarried people. This may explain some of the differences," she suggested.

Liu also pointed out that the similarities between married and never-married in the study "is also consistent with previous studies, which suggest that the previously married (divorced, widowed) are the most disadvantaged, while the never-married are more similar to the married."

She said that "it is probably due to the process of dissolution of the marriage (which is stressful and has many negative effects) rather than marriage per se that explain the differences."

The researchers also didn't have information about how happy the marriages were, which would have been valuable, Liu added.