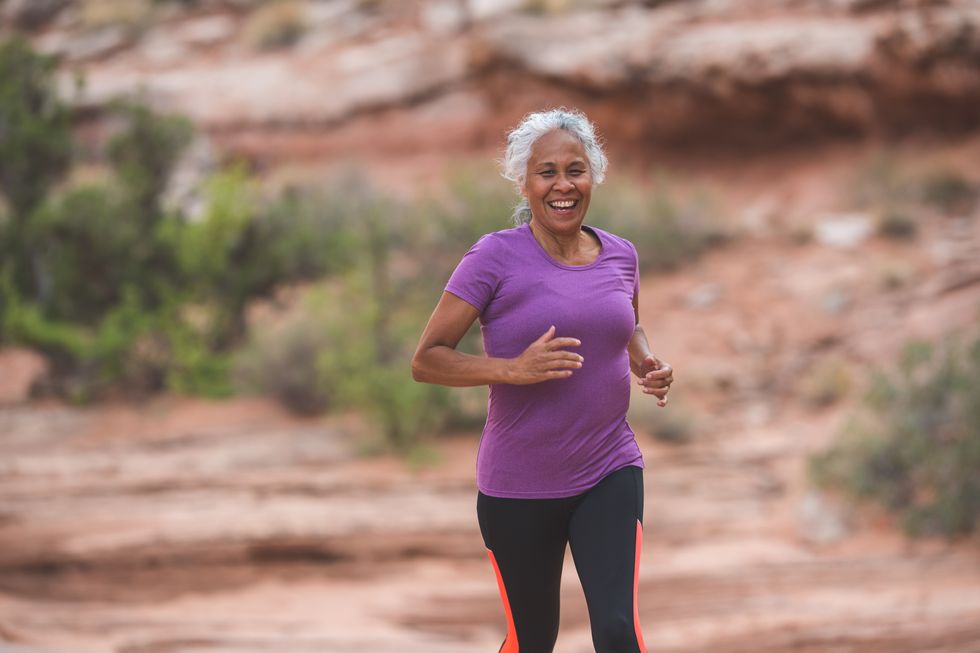 Older women who get even light exercise, like a daily walk, may lower their risk of suffering a broken hip, a large study suggests.

FRIDAY, Oct. 25, 2019 (HealthDay News) -- Older women who get even light exercise, like a daily walk, may lower their risk of suffering a broken hip, a large study suggests.

A number of studies have linked regular exercise to a lower risk of hip fracture -- a potentially disabling or even fatal injury for older adults. Each year, more than 300,000 people in the United States aged 65 or older are hospitalized for a broken hip, according to the U.S. Centers for Disease Control and Prevention.

The new study, of more than 77,000 older U.S. women, took a deeper look at the types of exercise that are related to the risk of hip fracture and other bone breaks.

The researchers found that, on average, women who regularly exercised at any intensity -- from walking, to doing yard work, to jogging -- had a lower risk of hip fracture over 14 years, compared to inactive women.

It all suggests that even light activity is enough to curb the risk of these serious injuries, said study leader Michael LaMonte, a research associate professor at the State University of New York at Buffalo.

"We were happy to see a strong relationship between walking and lower hip fracture risk," he said. "As we get older, we naturally do less-strenuous physical activity. This suggests that to lower your risk of hip fracture, you don't need to do anything fancy. It can be as simple as walking."

The findings "strongly support" longstanding recommendations for people to fit physical activity into their daily routine, according to Dr. Richard Bockman.

"Get out there and walk," said Bockman, chief of the endocrine service at the Hospital for Special Surgery, in New York City.

Lower-impact activities do not have a big effect on bone density. But Bockman, who was not involved in the study, said that while bone density matters in hip fracture risk, other factors are also involved. They include muscle strength in the lower body, balance and agility, since broken hips are almost always the result of a fall.

The findings, published online Oct. 25 in JAMA Network Open, come from the Women's Health Initiative -- a study begun in the 1990s at 40 U.S. medical centers. It involved more than 77,000 women who were between the ages of 50 and 79 when they enrolled.

At the outset, the women reported on their usual physical activities, among other lifestyle factors.

Over an average of 14 years, one-third of the women suffered a bone fracture. When it came to hip fractures, women who'd reported higher amounts of physical activity at the study's start typically had a lower risk.

For example, women who regularly got moderate to vigorous exercise, such as brisk walking or jogging, had a 12% lower risk of hip fracture than those who were less active. But there was also a link between "mild activity" -- like slow dancing, bowling or golfing -- and lower hip fracture risk. And the more often women walked, at any speed, the lower their risk of a broken hip.

The news wasn't all good: Women who exercised at moderate to vigorous intensities had a relatively higher risk of a wrist or forearm fracture, compared to less-active women.

It's not clear why, but LaMonte offered a guess: When women with more "functional ability" do fall, they may be more likely to stretch out an arm to break the fall, which is how wrist and forearm fractures often happen.

One question the study cannot address, LaMonte said, is whether starting exercise at an older age reduces hip fracture risk. Study participants who were physically active may have been active their whole lives.

But, he said, it is clear that "sitting less and moving more" is key in older adults' overall health, with benefits such as better control of blood pressure and diabetes, and a lower risk of heart disease.

Besides exercise, older adults can take other steps to reduce their hip fracture risk, LaMonte noted. They include getting bone mass measurements as recommended by your doctor, and following a healthy diet with adequate amounts of calcium and vitamin D.

What You Need to Know About Osteoporosis

How I Found an Outpatient Solution to My Vertebral Compression Fracture

After My Spine Fractures, Doctors Put Humpty Together Again – Twice

The Back Surgery Innovation That Gave Me My Life Back