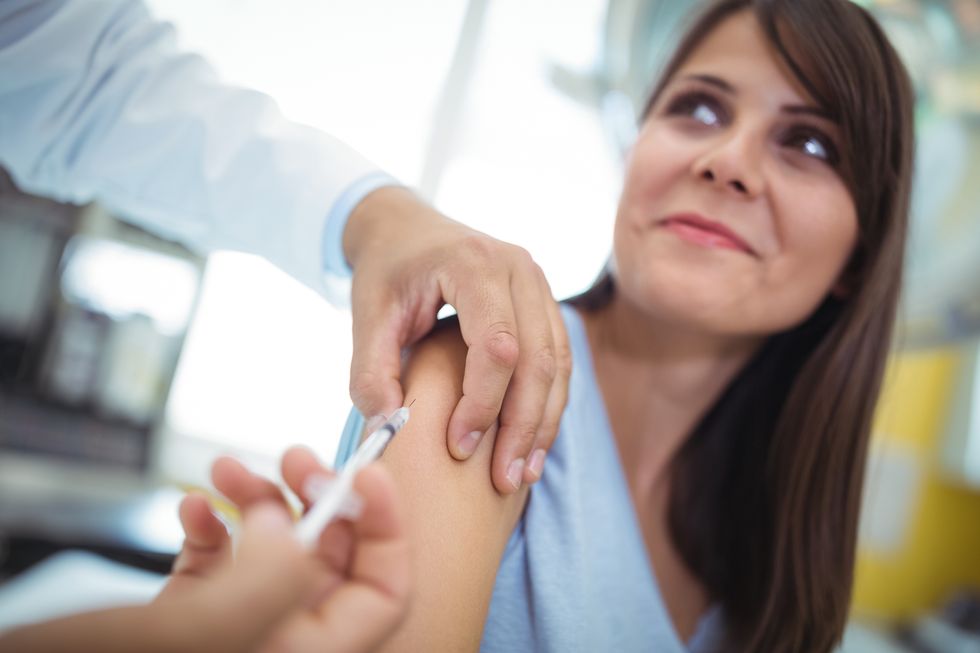 Will This Year's Flu Shot Be as Weak as Last Season's?

Will This Year's Flu Shot Be as Weak as Last Season's?

Lots of people came down with influenza last year despite getting a flu shot—and researchers can't promise this season's vaccine will be any more effective. But it's still the best protection available.

WEDNESDAY, Nov. 8, 2017 (HealthDay News)—Lots of people came down with influenza last year despite getting a flu shot—and researchers can't promise this season's vaccine will be any more effective.

Last year's shot was only 20 percent to 30 percent effective because it was grown in eggs, according to the authors of a new report.

Learn More: What You Need to Know About The Flu

The egg process is not unusual. But a mutation in the predominant flu virus, called influenza A H3N2, limited the vaccine's potency, said study co-author Dr. John Treanor.

When H3N2 comes in contact with eggs, it changes, making it different from the virus that's circulating, he and his colleagues explained.

So last year, when H3N2 was the most common flu virus around, the shot was pretty lousy.

"It's too early to say which strain of flu will be predominant this year," said Dr. Daniel Jernigan, director of the influenza division at the U.S. Centers for Disease Control and Prevention.

"If it's an H1N1 year, then the vaccine is closer to 60 percent effective," Jernigan said.

Treanor pointed out that this year's flu vaccine contains the same strain of H3N2 as the 2016 vaccine, so if the new flu season is dominated by H3N2 again, it could be another bad season.

Treanor, a professor of infectious diseases at the University of Rochester in New York, said major efforts are underway to understand the factors that contribute to the less-than-perfect protection of flu vaccines.

"There are some emerging new findings that can contribute to developing better vaccines in the future," he said.

Growing influenza virus in eggs, then inactivating it and purifying it is the traditional method. "But there are some downsides to using chicken eggs as the production material," Treanor noted.

Two new methods of producing vaccines are being tried, he said.

One approach—using animal cells as the production material—allows the use of more standardized methods.

"Another approach is to use DNA techniques and to synthesize the vaccine directly from the genetic sequence of the virus," Treanor said.

Both these methods—cell culture (Flucelvax) and DNA (Flublok)—are licensed by the U.S. Food and Drug Administration.

Jernigan said these new technologies are used for the production of new vaccines, such as the Ebola vaccine. He cautioned, however, that it is not yet known if these methods produce a more effective flu vaccine than using eggs.

Manufacturers would have to do studies comparing egg-grown vaccine with vaccine produced by these other methods to really see if they are better, he added.

"That's information that's really needed in order for us to really say one kind of technology gives better protection than another," Jernigan said.

Flu vaccines work by inducing the body's immune system to make antibodies against proteins found on the outer layer of the flu virus to kill it.

A mutation in the H3N2 virus several years ago led to the current circulating strain.

The 2016-2017 flu vaccine was updated to include the new version of the H3N2 protein. But Treanor's team found that this new version also mutated when grown in eggs.

Their research showed that antibodies from ferrets and humans exposed to last year's egg-based vaccine did a poor job of killing the H3N2 virus.

But when they tried a non-egg-based vaccine, they found the resulting antibodies were better able to kill the new H3N2 virus.

Jernigan said the goal is to find a universal long-lasting flu vaccine.

Each year up to 60,000 Americans die from flu and hundreds of thousands are hospitalized, he said.

"Even though flu vaccine isn't perfect, getting a flu shot is still the best way to protect yourself from the flu," Jernigan advised.

The report was published Nov. 6 in the journal Proceedings of the National Academy of Sciences.

COVID + Influenza: This Is a Good Year to Get a Flu Shot, Experts Advise