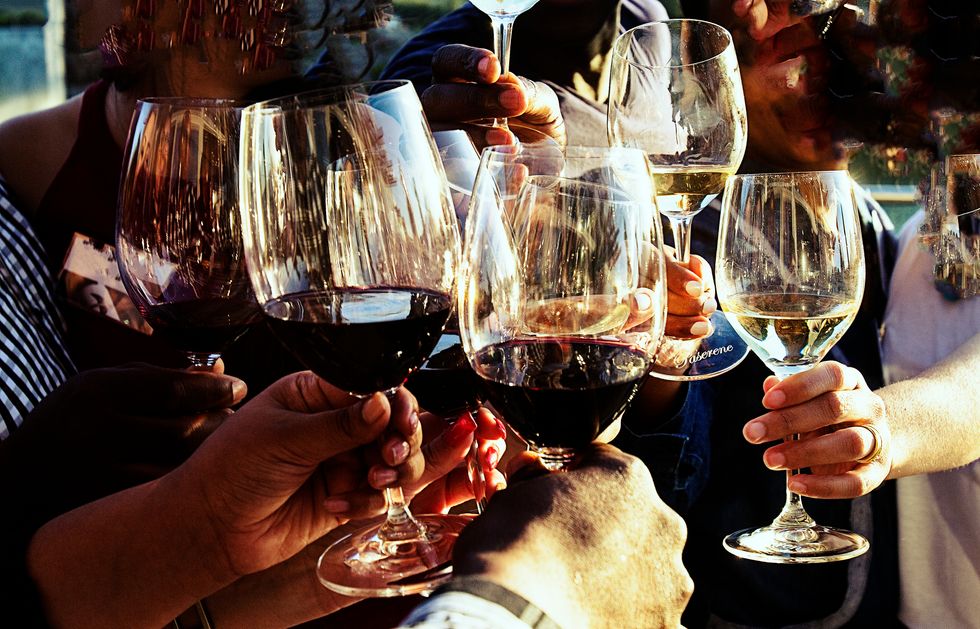 Will Cutting Out Booze for 'Dry January' Help Your Health?

Will Cutting Out Booze for 'Dry January' Help Your Health?

"Dry January" is the self-improvement meme of the moment, with people around the world pledging to take a break from alcohol this month.

THURSDAY, Jan. 3, 2019 (HealthDay News) -- "Dry January" is the self-improvement meme of the moment, with people around the world pledging to take a break from alcohol this month.

"Basically, it's a New Year's resolution," said Dr. Scott Krakower, assistant unit chief of psychiatry at Zucker Hillside Hospital, in Glen Oaks, N.Y. "You've been drinking during the holidays, and the idea is that if you stop drinking for the next month, your life and health would be better in the coming year."

But does it work? There's some evidence that having a Dry January might indeed benefit your health.

Dropping alcohol for one month can your lower blood pressure, improve your insulin resistance, decrease your weight, and reduce blood levels of a signaling protein linked to cancer, according to a small study published online in BMJ Open earlier this year.

People who quit drinking for a month also find it easier to lay off the sauce for months afterward, according to a survey conducted by University of Sussex researchers and published Dec. 28.

"The brilliant thing about Dry January is that it's not really about January," said Dr. Richard Piper, chief executive officer of Alcohol Change UK, the group that started the annual event.

"Being alcohol-free for 31 days shows us that we don't need alcohol to have fun, to relax, to socialize," he said in a statement. "That means that for the rest of the year we are better able to make decisions about our drinking, and to avoid slipping into drinking more than we really want to."

Alcohol Change UK started Dry January in 2012 with 4,000 people, the group said. In 2018, more than 4 million pledged to go the month of January without drinking.

The event has spread beyond Great Britain, with people using the hashtag #DryJanuary in social media posts to report their participation.

Surveys have shown that 88 percent of participants save money, 71 percent have better sleep, 67 percent have more energy and 58 percent lose weight by the end of Dry January, according to Alcohol Change UK.

Dropping alcohol for a month also can provide short-term improvement in key hallmarks of good health, according to the BMJ study, which was conducted by scientists at the Royal Free London NHS Foundation Trust.

In that study, researchers recruited 94 people to stop drinking for a month. Participants experienced significant reductions in their blood pressure and insulin resistance. They dropped weight, and experienced a reduction in vascular endothelial growth factor (VEGF) and epidermal growth factor (EGF), two hormones that have been tied to cancer.

The rapid decline in VEGF and EGF "was seen in 90 percent of subjects in the abstinence group," the researchers reported. "Importantly, these changes were not seen in the control group with continued alcohol consumption."

The University of Sussex study surveyed more than 800 people who took part in Dry January in 2018. The results showed that, by August, the participants were still drinking less:

"The simple act of taking a month off alcohol helps people drink less in the long term," said lead researcher Dr. Richard de Visser, a psychologist at the University of Sussex. "By August, people are reporting one extra dry day per week."

Krakower added that it's always good to take a break from drinking, regardless of when you choose to do it.

"Anytime is a good time," Krakower said. "You don't have to wait until January to make a commitment to lose weight or exercise, or make other healthy decisions."

"I hear of it. I know it exists out there. I don't hear a lot of people going around saying, I'm having a Dry January," Krakower said. "I know it's out there, but I don't know how many people really do it."