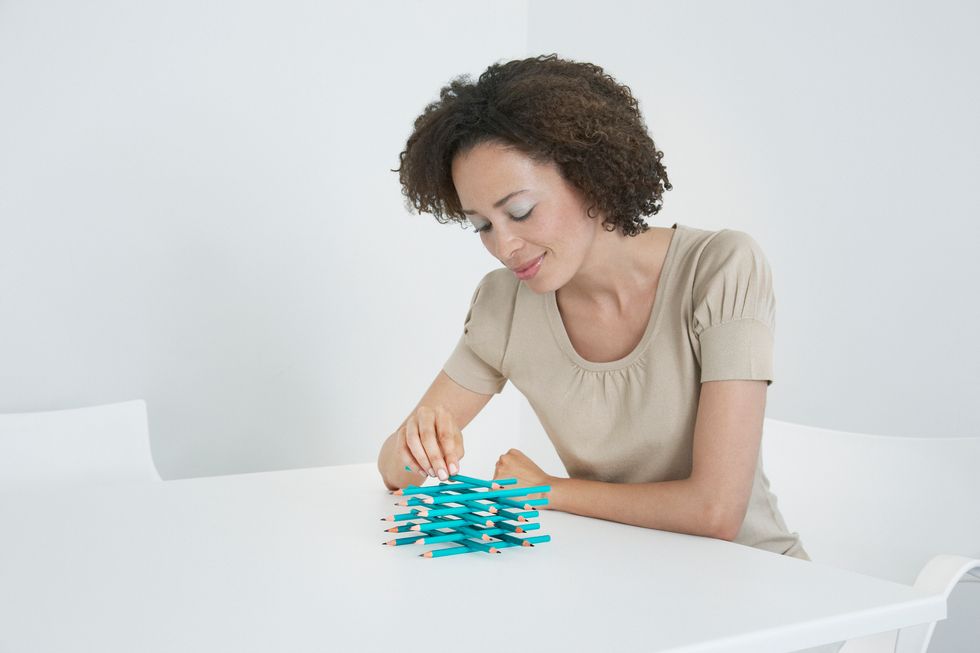 Is This Why You Procrastinate

Is This Why You Procrastinate?

The inclination to delay things rather than get right to work on them may be hardwired into some people's brains.

READ: Are You a Procrastinator?

The inclination to delay things rather than get right to work on them may be hardwired into some people's brains, and not the product of a flawed character, German researchers suggest.

The findings come from brain scans of 264 men and women.

MRIs revealed that a brain region involved in motivation tends to be larger among people who put things off, while communication between that part of the brain and another involved in taking action appeared to be weaker.

"Individuals differ in their ability to initiate intended actions," said study author Caroline Schluter. "While some people tend to put tasks off, others easily manage to tackle them directly."

Schluter is a research assistant in the department of biopsychology at Ruhr-University Bochum in Bochum, Germany.

She said this study is the first to scan the brain to identify a neural basis for procrastination -- a tendency scientists sometimes refer to as "poor action control."

The scans revealed that people with poor action control tended to have a larger amygdala. That's a brain area critical to regulation of emotions and motivation.

This is important, Schluter explained, because its primary role is to assess different situations and "warn us about potential negative consequences of particular actions."

It's possible that people with larger amygdalas "may be more anxious about the negative consequences of an action, which might lead to hesitancy and procrastination," she said.

Schluter's team also found that procrastinators tended to have a weaker connection between the amygdala and a brain area known as the dorsal anterior cingulate cortex, or dorsal ACC.

The dorsal ACC is involved in regulating emotions, empathy, impulse control and decision-making.

"We assume that if the interplay between amygdala and dorsal ACC is impaired, action control can no longer be successfully executed," Schluter said.

Participants in the study were between the ages of 18 and 35. None had a history of neurological or psychiatric disorders.

Each completed a survey to assess their inclination towards completing tasks versus putting them off. Then each had a series of MRI scans to gauge the size of various brain regions and communication between them.

But what's a person with a relatively large amygdala and a big penchant for procrastinating to do?

"Based on our research, it is not possible to say whether a certain training could lead to a change in either behavioral or neural characteristics," Schluter said.

Future studies should investigate whether brain stimulation or specific training might lead to changes at both the neurobiological and behavioral level, she said.

Dr. Kenneth Heilman is a fellow of the American Academy of Neurology and a retired professor of neurology at the University of Florida College of Medicine. He characterized the findings as "novel."

"We all know that there are also differences in healthy people's ability to initiate and complete actions, and this study has helped us understand why," he said.

But, Heilman added, "brain development is dependent on nature and nurture." That means much more research will be needed to understand brain dynamics before considering how to help those with an inborn tendency towards procrastinating, he said.

The study was published recently in the journal Psychological Science.